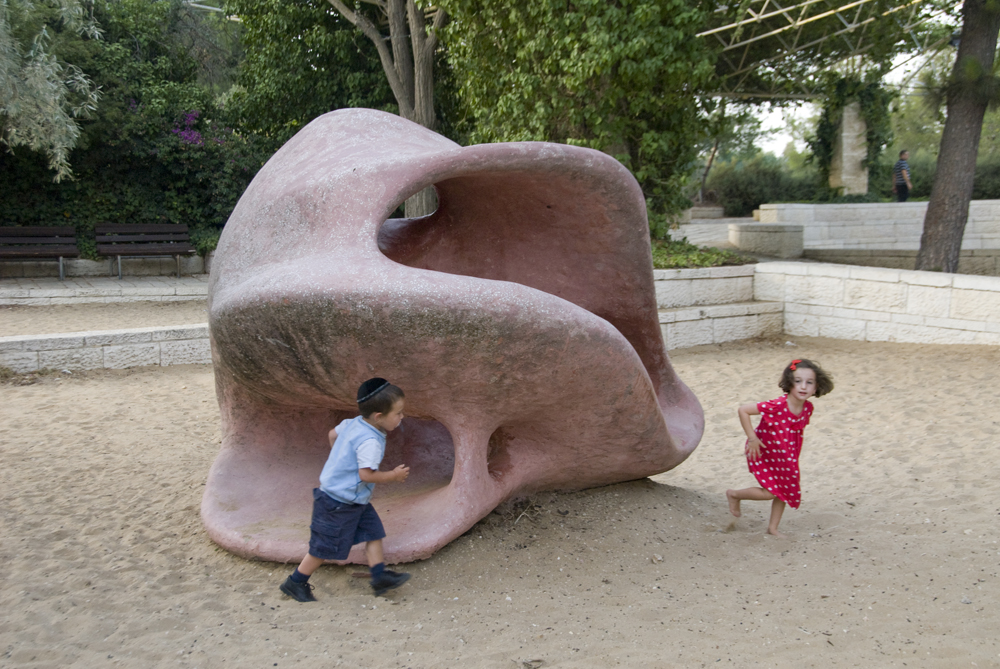 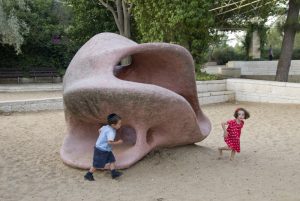 Click on image to enlarge
Description A sculpture in a playground that delights children and impresses adults
Caption "Axel Nordell, Swedish sculptor was best known for his large monumental outdoor sculptures. He grew up in a working class background in Halsingland with eight siblings and he learned early to work for a living. Through the profession of handicraft teachers, where he among others had HM King Carl XVI Gustaf of Sweden as a young student, craftsman with wood as a specialty, and with his own gallery in the U.S., followed by dietary studies at the Academia di Belle Arti in Venice, he worked as a professional artist for 30 - odd years. With art studio in Harby old school in Upplands Väsby, he created his distinctive sculptures with big sweeping lines. You can find his art in public spaces in Sweden from Lulea in the north to the south. In Jerusalem, in Israel he became the first person of non-jewish descent who in 1979 was represented in the city with public adornment."
From the artist's web site: hem.fyristorg.com/nordellart/