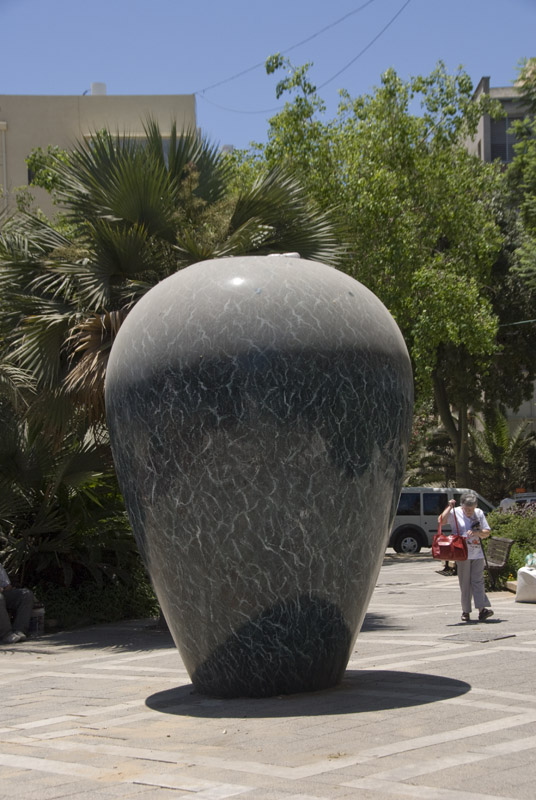 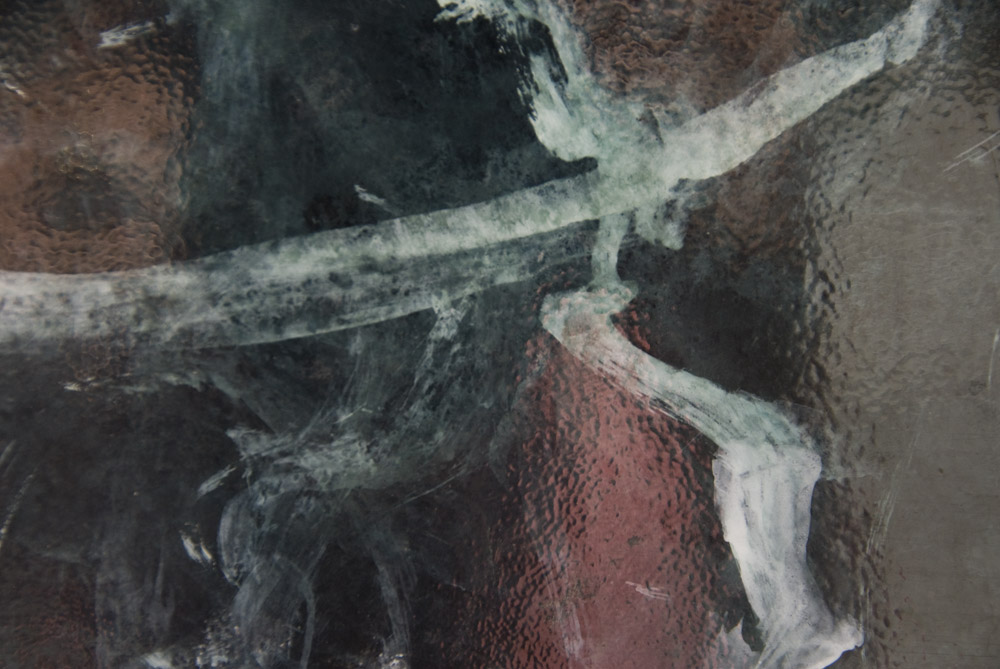 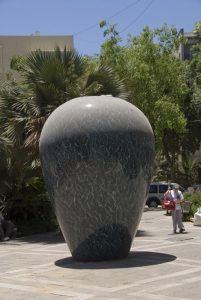 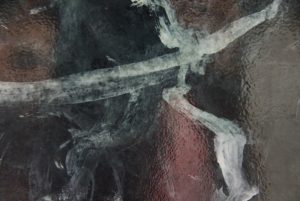 Click on image to enlarge
Description A big vase sitting in a little park that was under construciton when I visited
Caption Gideon Gechtman, born in 1942, died on November 27, 2008, was an artist and sculptor who is most noted for holding a dialing with death. He posted his own obituary notices several times and was apparantly fascintated with the possibility, perhaps recognizing the inevetability, of his own death. In that context “The Vase” begins to look like a cremation urn, although the viewer who thinks that immediately says to himself, “No, thats impossible”.

Other References For more detailed biographical information go to: https://alchetron.com/Gideon-Gechtman-1031411-W