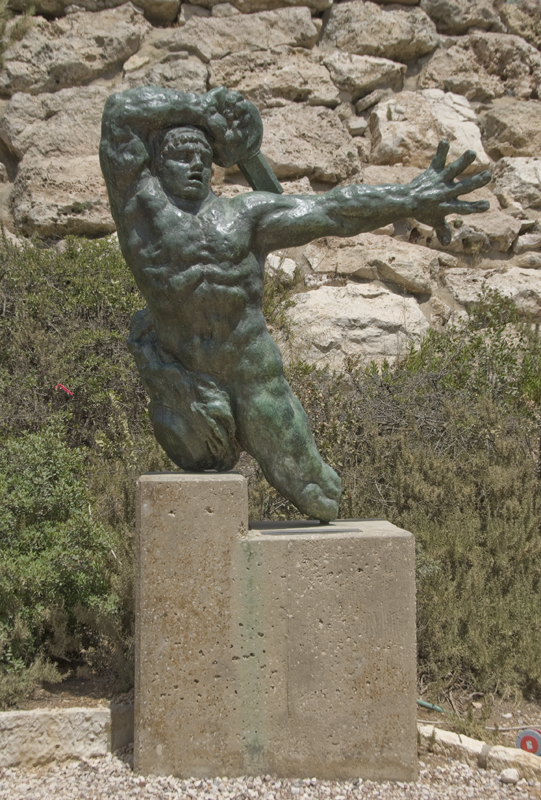 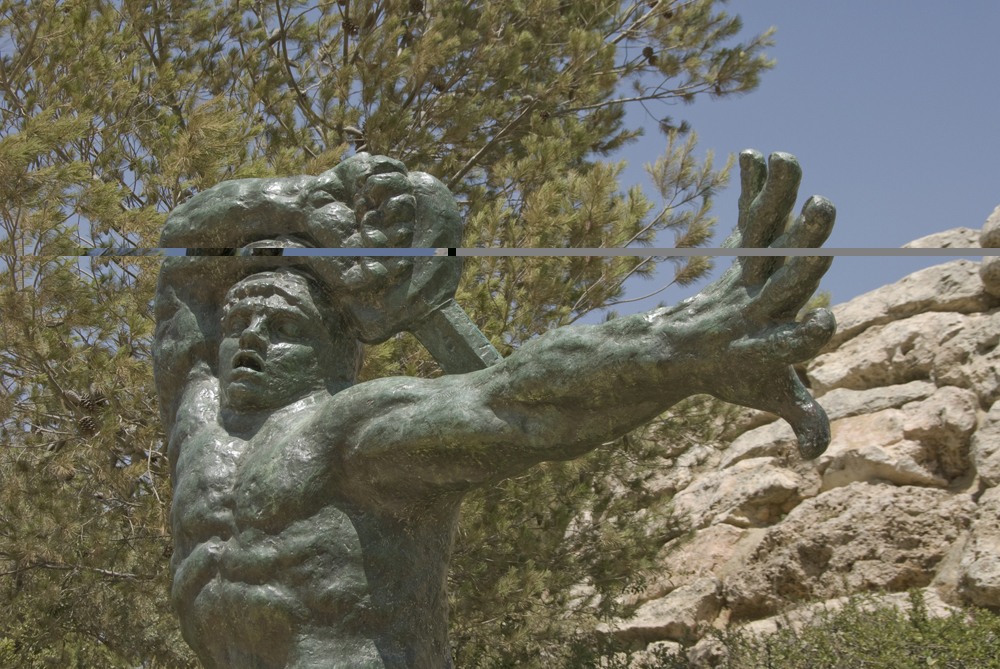 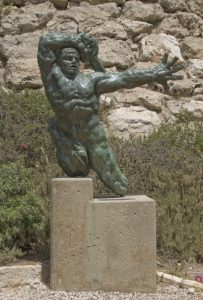 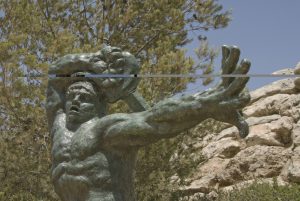 Click on image to enlarge
Description A fierce figure backed up against a wall
Caption This sculpture was a gift to the museum by Billy Rose. Pablo Picasso's "Profile", "The Warrior" and Henry Moore's "Vertebrae"  arranged at the center of the Billy Rose Sculpture garden are reason enough to visit the museum, but in fact there are scores of other treasures to be savored.
For more information about the artist go to Wikipedia: en.wikipedia.org/wiki/Antoine_Bourdelle...

Billy Rose is not just the name of a sculpture garden.
"Over the past 35 years three movie studios had paid for the rights to his name and life story, and three publishers tried to produce his biography. He had starred on his own television show, written a best-selling memoir, produced a syndicated column that ran in 300 newspapers in 38 countries, attached his name to some of the most popular entertainments of the mid-20th century, married first one of the most famous women in America and next one of the most beautiful, and was steady copy for the scores of columnists, newspapers and magazines that wrote about Rose the songwriter, nightclub owner, theatrical producer, impresario of spectaculars, art collector, stock market investor and multimillionaire."

For more information about Billy Rose go to: forward.com/culture/film-tv/309878/a-showman-...