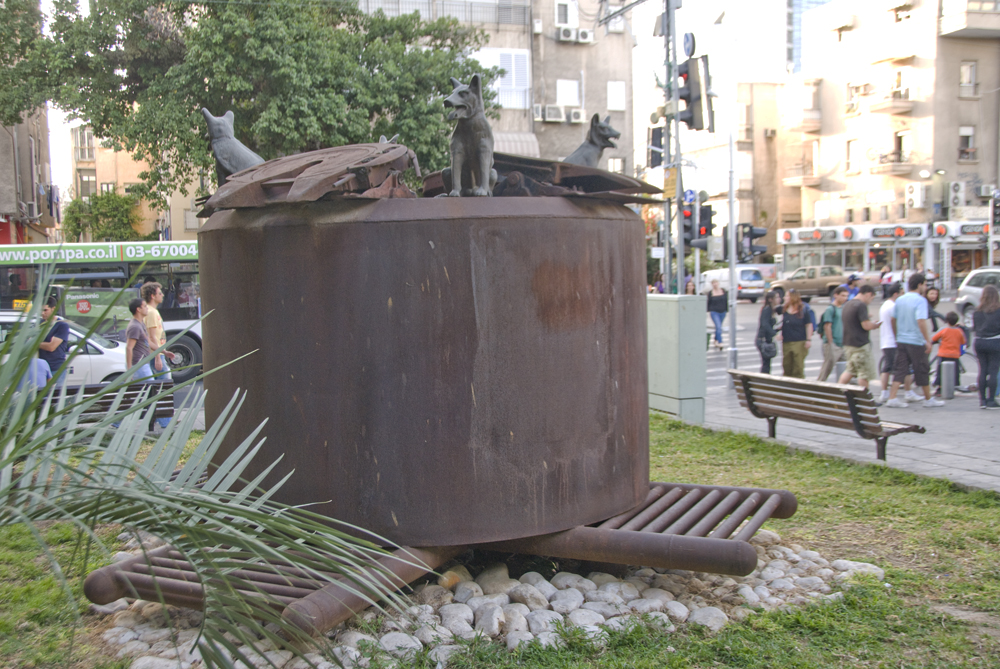 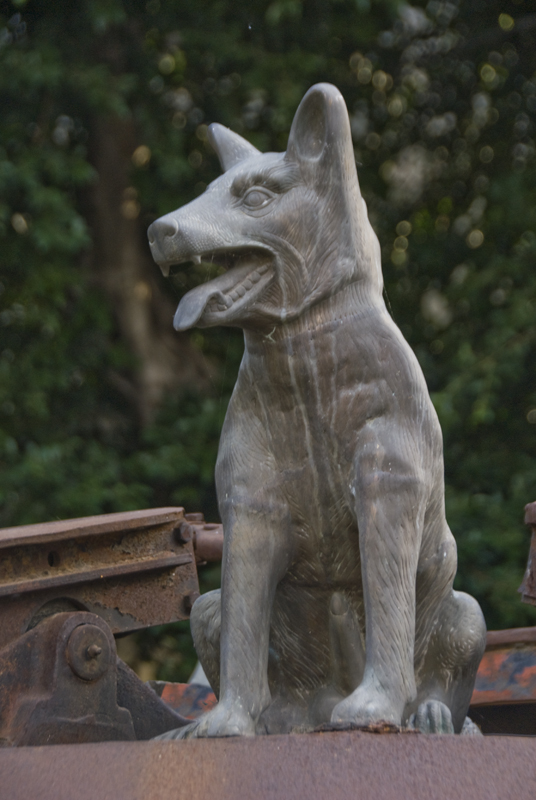 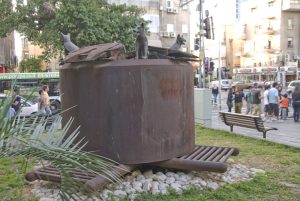 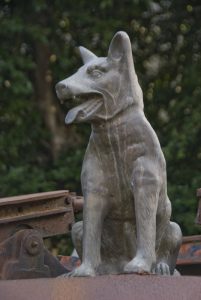 Click on image to enlarge
Description A cylinder with four angry dogs that probably illustrates a story that is not evident
Caption Ya'acov Dorchin (born 1946), also known as Yaacov Dorchin, is an Israeli sculptor and painter who was born in Haifa, Israel. In 1967, he moved to Kibbutz Kfar HaHoresh. In the 1980s, he began creating iron sculptures. He has taught at University of Haifa since 1991 and served as the head of the Art Department from 1997 to 2001.
From: en.wikipedia.org/wiki/Ya'acov_Dorchin

Other References For more information bout the artist go to: http://www.gordongallery.co.il/Artists/Default.aspx?p=2...