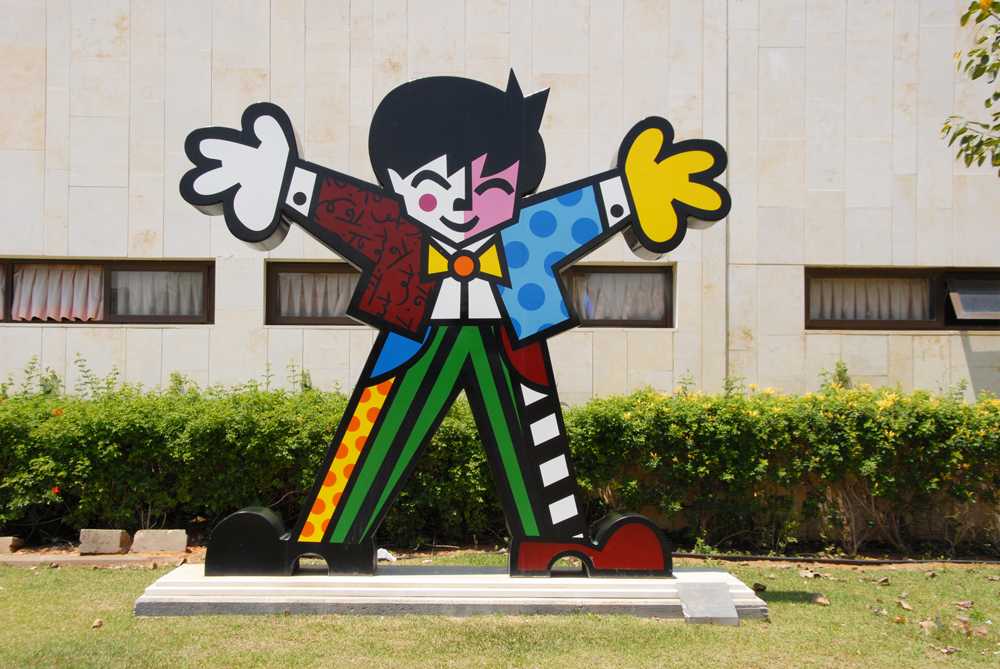 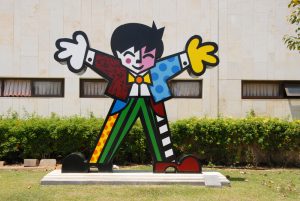 Click on image to enlarge
Description This sculpture greets visitors and patients arriving at the Children's Hospital
Caption "There is an almost fairy-tale quality to the story of artist Romero Britto. As a creative yet impoverished child from Brazil, Britto often painted images on scraps of cardboard and newspaper.  He had drive and passion to excel and prospered academically, but Britto was continuously pulled toward his creative roots with a determination to learn and succeed.  Britto traveled from Brazil to Europe and then from Europe to the United States to exhibit and sell his art.  His resolve was strong and his belief in his art was unshakable. By 1989, people of all ages and walks of life were beginning to recognize and enjoy Britto’s style.

This sculpture was donated by the David Cynamon Family in honor of Dr. Michael Galea for his contribution to rehabilitation medicine and his devotion to the State of Israel.
(From the label)