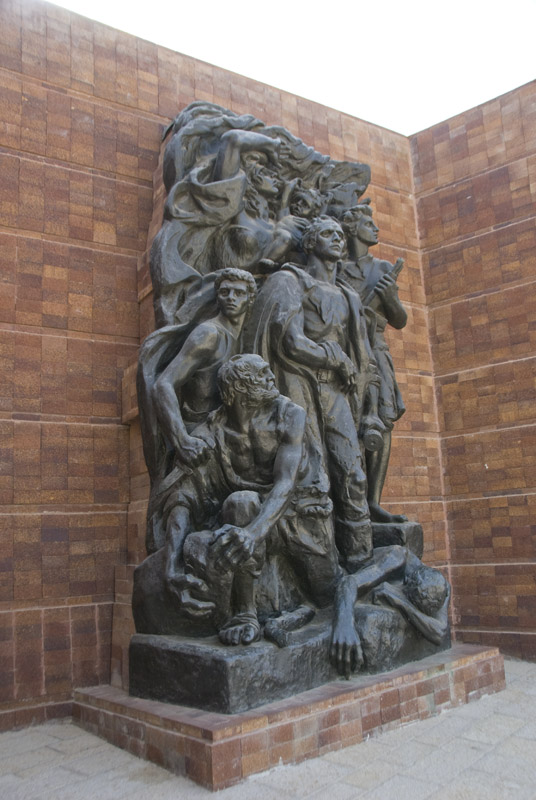 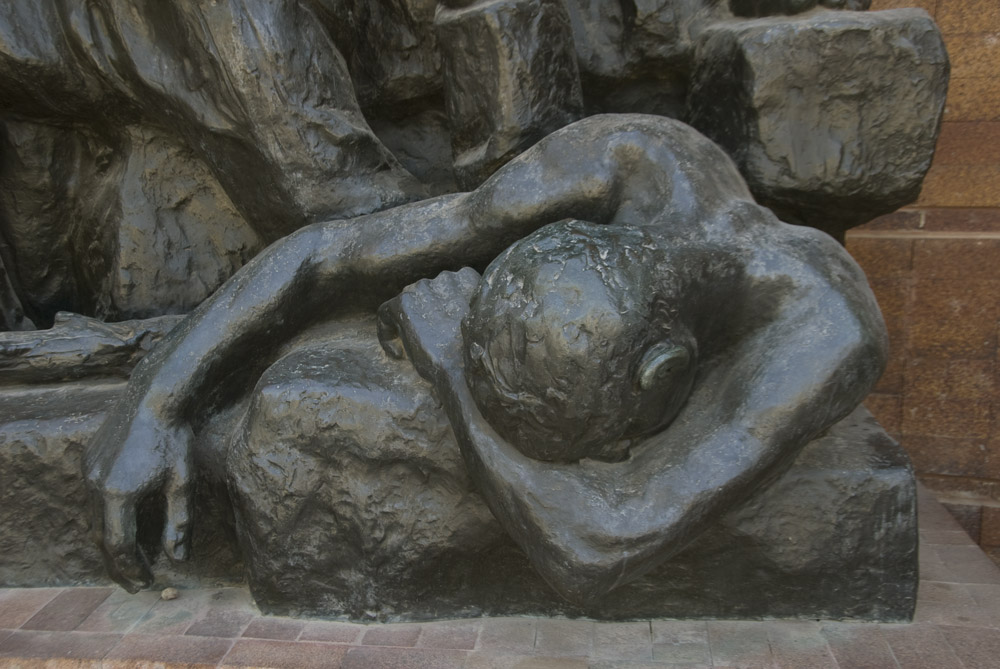 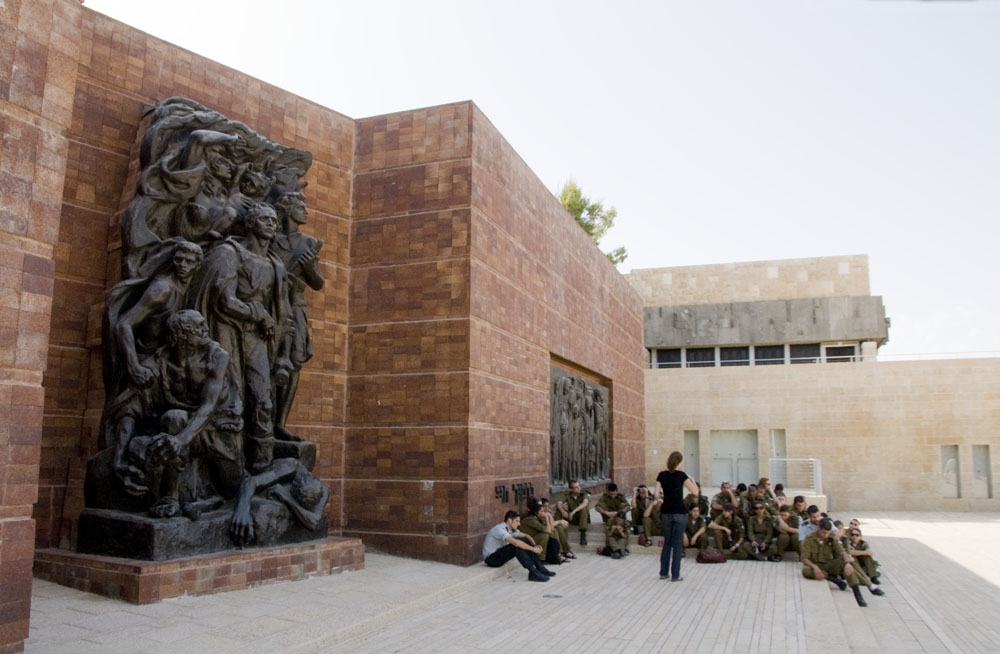 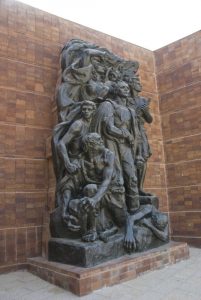 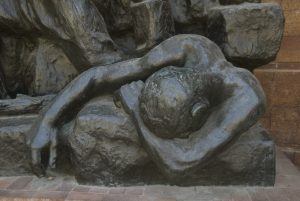 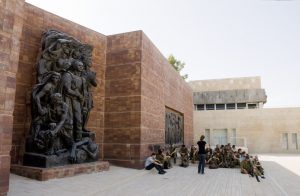 Click on image to enlarge
Description A copy of the original monument in Warsaw, it represents the uprising and deportation march
Caption "In 1973, Yad Vashem decided to create a venue befitting the official Holocaust Martyrs and Heroes Remembrance Day ceremony, which had until then been held in front of the Hall of Remembrance.At one end of the large plaza stands a copy of Nathan Rapoport's Monument to the Warsaw Ghetto (the original had been erected in Warsaw in 1948). The monument (1975-6) is composed of two bronze reliefs mounted on a red brick wall, symbolizing the ghetto walls. Between the reliefs is the inscription bedamaich chayi (In your blood you shall live, Ezekiel 16:6). The right-hand relief, The Last March, depicts the mass deportation of Jews to the extermination camps - old people, children, women and men - emphasizing the indiscriminate nature of the deportation and extermination of European Jewry.The left-hand relief portrays the Warsaw Ghetto Uprising. It shows men and women of all ages in dramatic poses, holding a range of weapons - a rifle, a stone, a dagger and a grenade - in their hands.The two extremes presented in this monument - The Uprising is vertical, expressive and dynamic, while The Last March is horizontal and balanced with a monotonous tempo - clearly expresses the contrast between the force and power of the heroes, and the passivity and weakness of the victims, who 'went like sheep to the slaughter'."
From the Israel Ministry of Foreign Affairs web site: www.mfa.gov.il/MFA/MFAArchive/2000_2009/2001/...

Other References About the unveiling of the sculpture in Warsaw in 1976: http://www1.yadvashem.org/about_yad/jubilee/pics_popup_...
About Nathan Rapoport: http://en.wikipedia.org/wiki/Nathan_Rapoport