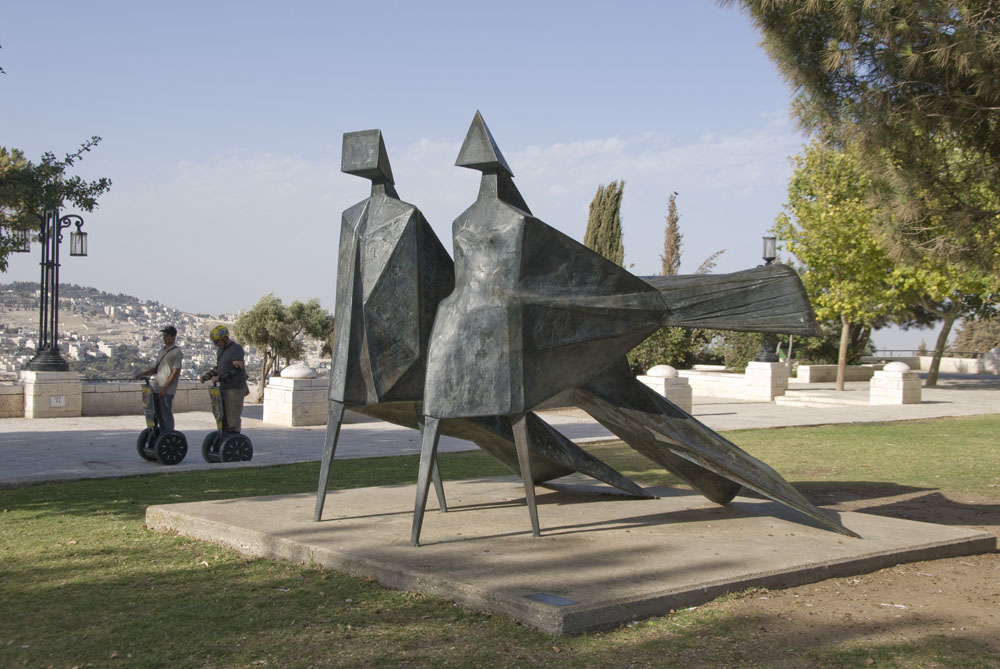 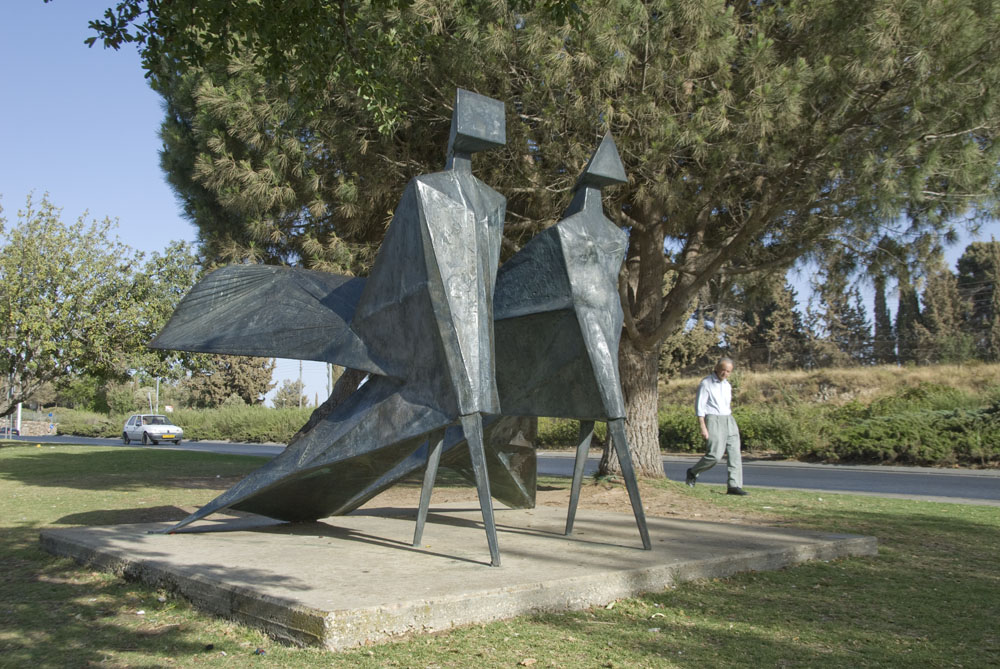 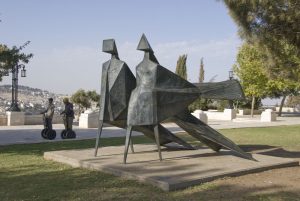 Click on image to enlarge
Description A rectilinear couple striding along
Caption The sculpture is located on a hill near the United Nations headquarters."Lynn Russell Chadwick was born in London on 24 November 1914. After attending the Merchant Taylor School and a stay in France, he began to experiment with mobiles and earned a living, not unsuccessfully, as a freelance designer until 1952. For his figures, Lynn Chadwick mainly used pieces of iron welded together, which, as mobiles, are reminiscent of Calder's work but as stabiles filled with concrete stand on long legs and resemble a cross between abstract constructs and figurative skeletal beings. Chadwick received commissions for more monumental sculptures, gradually transforming his rough, often aggressive-looking animal figures into softer, even more sentimental compositions with anthropomorphic features. At home in Lypiatt Park, Gloucestershire, Chadwick established a sculpture park of his own."
From: www.lynn-chadwick.com/