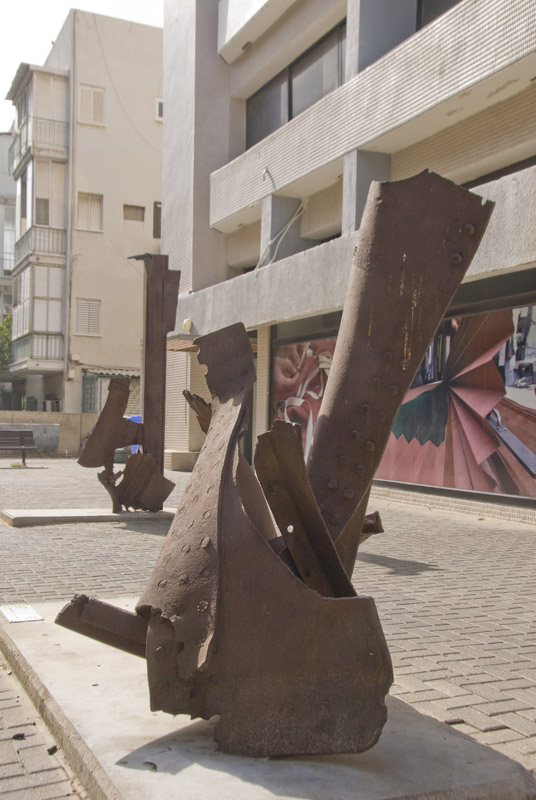 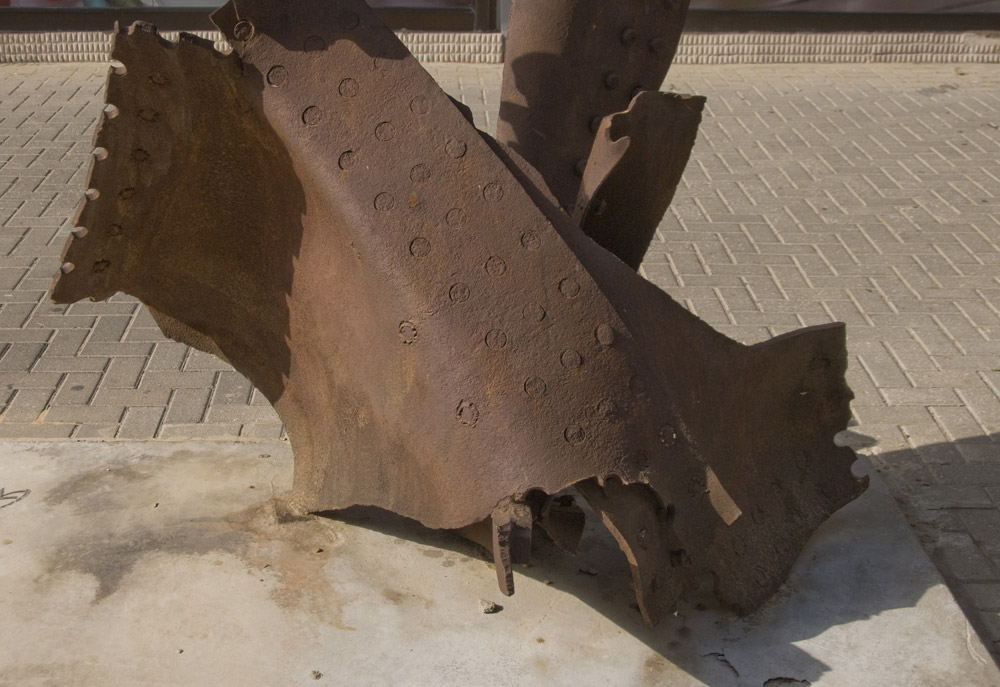 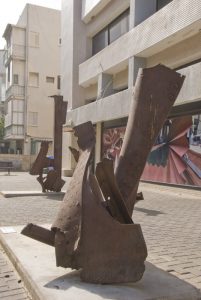 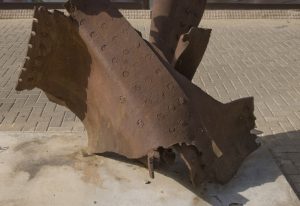 Click on image to enlarge
Description A pair of rusted sculptures that are deliberately not pretty that children are not tempted to climb
Caption "(b Haifa, 1922). Israeli sculptor. He made his first sculptures, in wood and stone, at the Kibbutz Beit-Ha'arava, in the Negev, which he joined in 1939 as a construction worker. In 1949 he helped found Kibbutz Kabri in Western Galilee, where he continued to live and work apart from intermittent periods in France, Italy and New York. Among the sculptors whose work helped form his mature aesthetic were Julio Gonz?lez, David Smith and Anthony Caro. In the 1950s he created abstract expressive constructions using industrial tools and mass-produced materials such as iron and scrap metal to arrive at coarse and unadorned surfaces. The incorporation of twisted elements suggestive of plant forms brought in associations with nature. From the late 1950s Shemi received commissions for major monumental sculptures in metal and concrete. These works, for example at the Binyanei Ha'vmah Convention Centre in Jerusalem, and the Jerusalem Theatre, with its concrete and steel walk-through environmental sculptures (1967-71), are noted for their clean surfaces and compositions of intersecting angles, devoid of all associative detail." From: www.answers.com/topic/yehiel-shemi-2

Other References For more information about the artist go to: http://www.arttribes.com/moreartists.asp?ArtistID=109

For more information about the artist go to Wikipedia:https://en.wikipedia.org/wiki/Yechiel_Shemi


The Man from Tel Hashomer