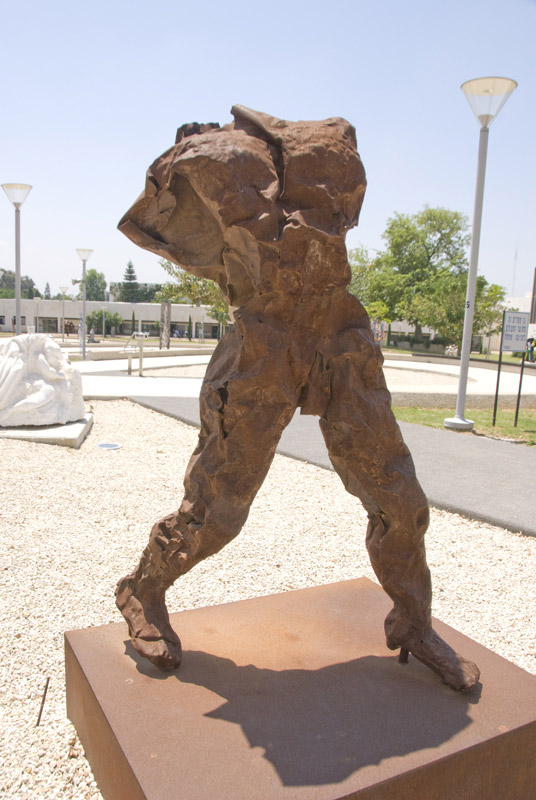 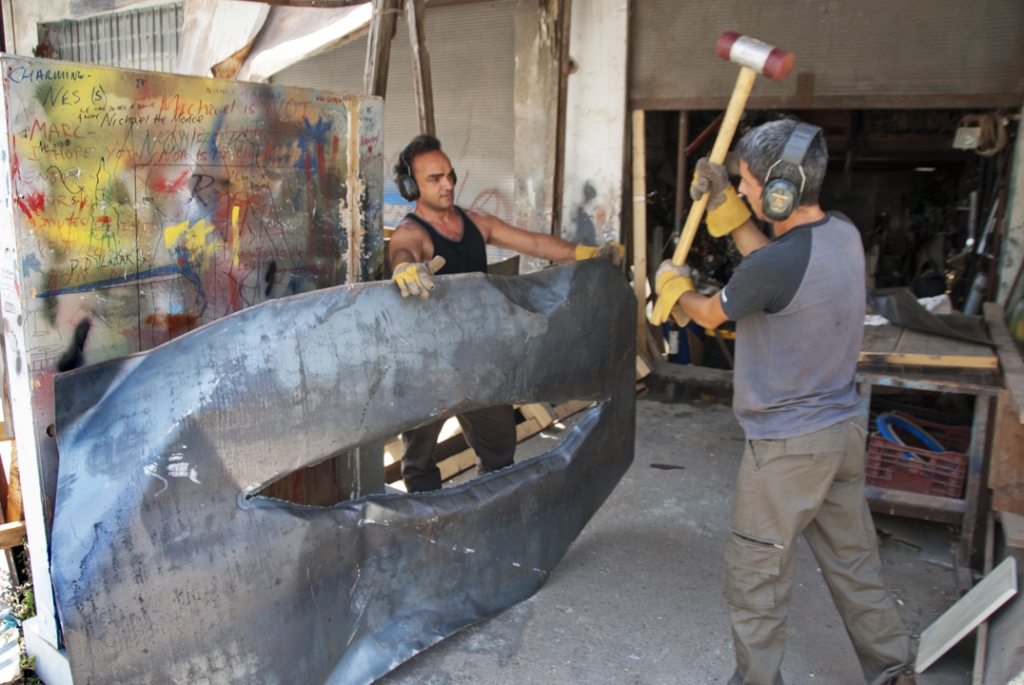 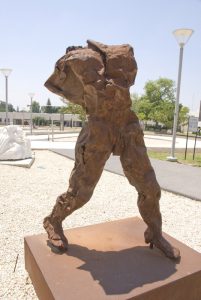 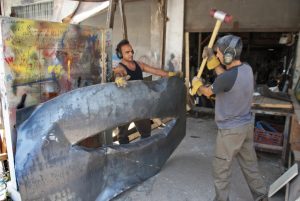 Click on image to enlarge
Description Most of a body, less the head, in a dynamic pose
Caption Marc Lewis & Michael Lazar have been working together since 1998. Their common interest is to develop a form and dialog of sculpture that has not yet been expressed. The concept of working raw metals as opposed to casting and cutting fascinates both artists due to its complexity, refusal to yield and the violence and danger inherent in the process. The resulting art is a product of a conversation between them, driven by the original idea, yet continuously modified by the forms that the metal itself chooses to take.
From the artists web site: www.lewislazar.com/about/about.html

The Man from Tel Hashomer was completed in 2004. The sculpture is one of the first we did in a unique style of work that we have been developing quite successfully since then., raw steel hammered and forged into a powerful sculpture, a sort of modern take on the classical Greek and Roman works in marble that are often found missing heads and arms. The name was meant to be similar to ancient sculptures named like Venus de Milo.
From an eMail dated May 12, 2010

Other References About the artists: [http://www.lewislazar.com]
About "The Healing Power of Beauty" by Esti Drori & Doron Polok, curators of the Topor Sculpture Garden: http://ein-hod.info/article/sheba/sheba.htm