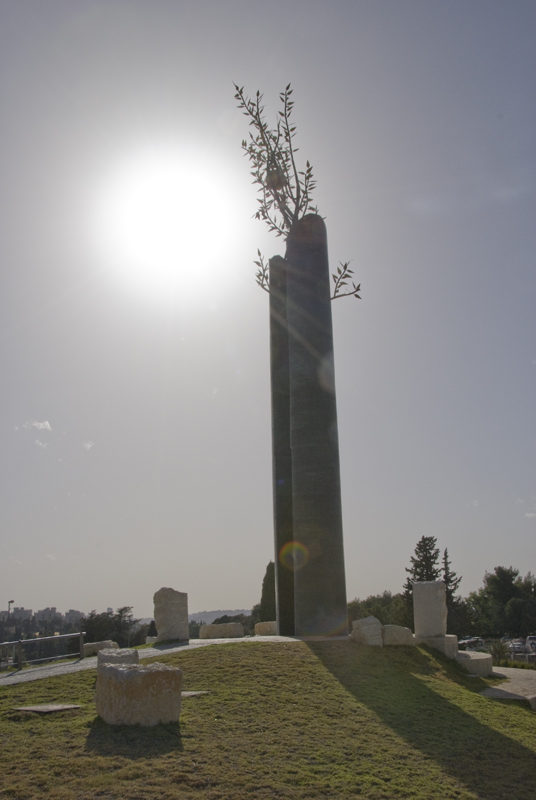 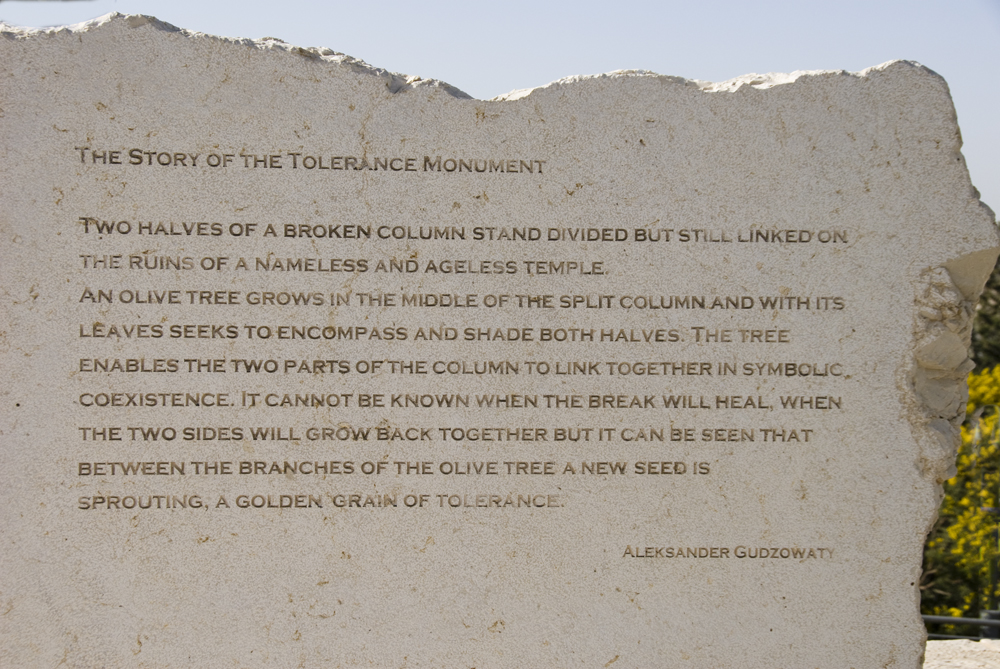 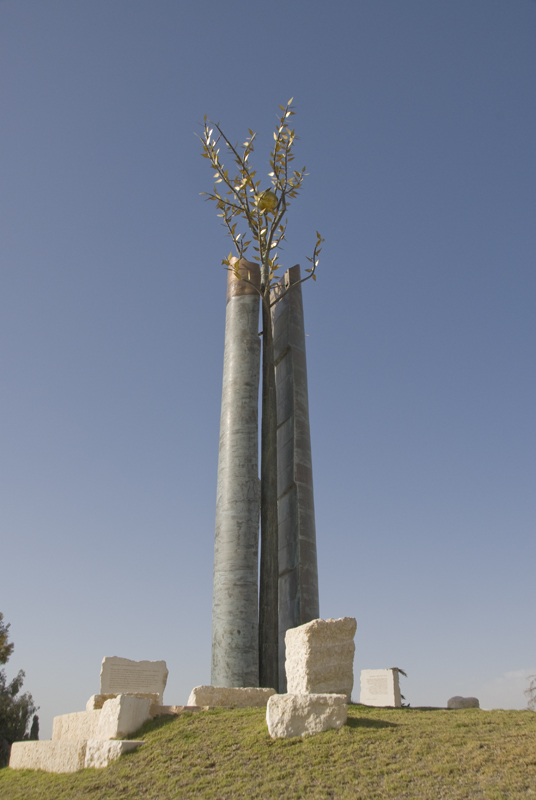 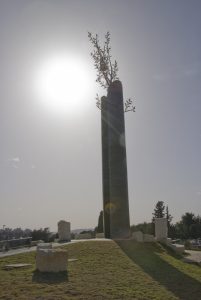 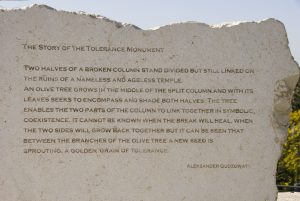 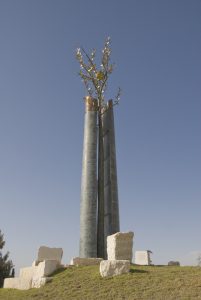 Click on image to enlarge
Description A split column with an olive tree installed on the highest point in Jerusalem
Caption This project was funded in part by The Jerusalem Foundation.

"After months of careful planning and consultation, Jerusalemsaw the Tolerance Park and Monument erected near the GoldmanPromenade. The monument and park are a gift of Polish donor, Aleksander Gudzowaty, who wanted the park to make a statement about the necessity of tolerance for peaceful coexistence in Jerusalem and around the world. The monument is in the form of two halves of a broken column which stand divided but still linked on the ruins of a nameless and ageless temple. An olive tree grows in the middle of the split column and with its leaves seeks to encompass and shade both halves. The tree enables the two parts of the column to link together in symbolic coexistence. Gudzowaty's vision is that tolerance makes coexistence possible? it is the most basic and necessary requirement for different people, different cultures, different attitudes and different beliefst o flourish and develop. He believes that tolerance, understanding and acceptance of the other are the universal standard for behavior, equal to ethics and faith in importance. Gudzowaty feels that it is exactly the ability of a society to be tolerant thatr eflects its culture as a nation and sets an example for others to follow. He hopes that as Jerusalemites strive for tolerance they will be able to reach the highest point represented by the monument, and achieve true peace."
From: www.jerusalemfoundation.org/uploads/%5CWindow...

“Art has power. It inspires new ways of thinking, generates novel forms of expression, revitalizes neighborhoods, connects different populations. Jerusalem’s burgeoning arts scene has proven its power, bringing with it tourism and economic growth. Beyond the tangible benefits, art and culture offers meaning and beauty to life and Jerusalem’s ever-expanding cultural landscape proudly features the avant-aarde alongside it treasures of antiquity. We support projects that strengthen cultural institutions and emerging artists, inspire arts education graduates to settle and create in the city, increase international exposure for the city’s artists, and bring performers from around the world to Jerusalem.”
From: [http://www.jerusalemfoundation.org/art-culture.aspx]