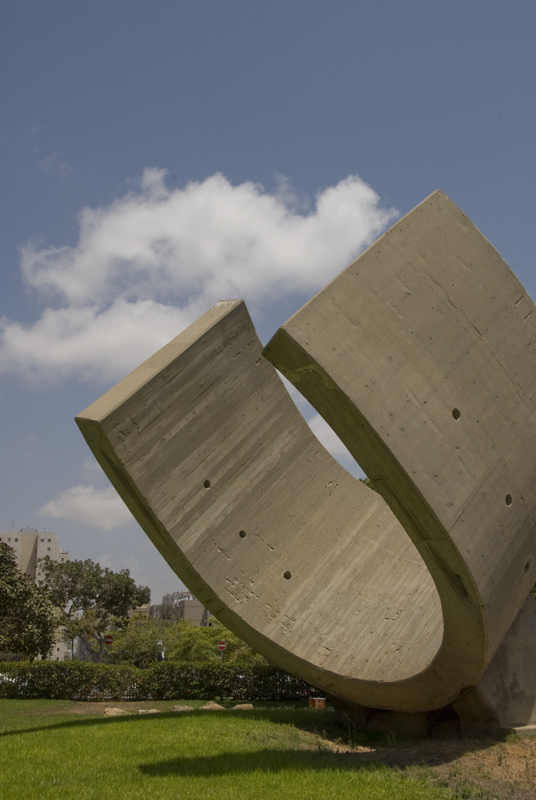 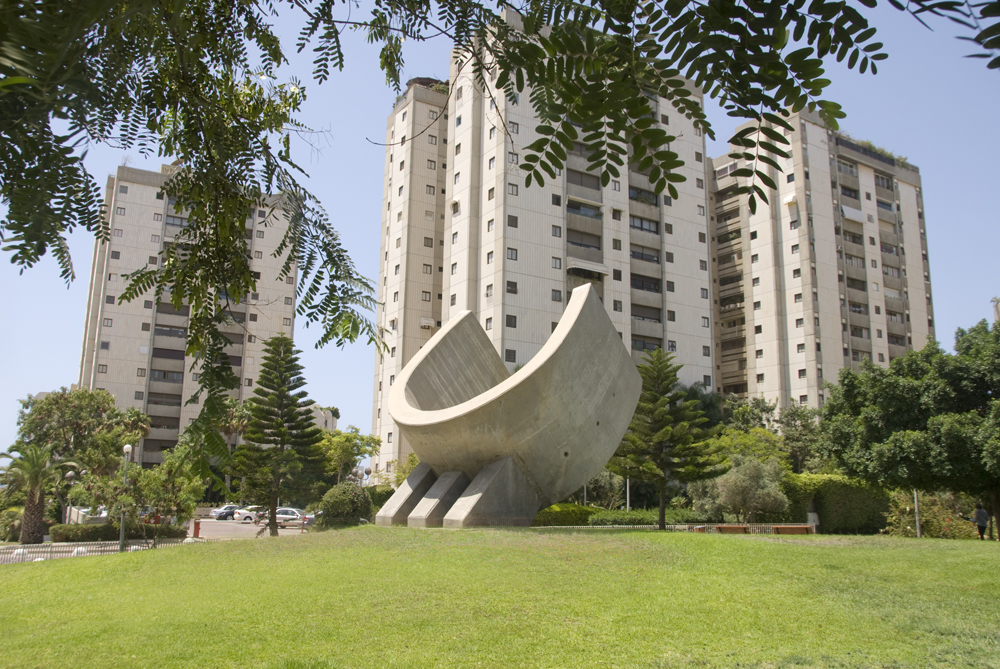 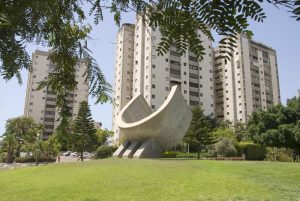 Click on image to enlarge
Description An early "Launching Pad for the Mind" that encourages viewers to look up and think about what's out there
Caption Ezra Orion's early earth-bound sculpture, described as "Launching Pads for the Mind". were attempts to defy gravity both physically and metaphorically. Later he actually launched his projects into space, and they are still out there, traveling at the speed of light toward venues still uncharted.

Shimon Peres said about Ezra Orion: "Judaism, from ancient times, forbid us the use of images and likenesses in our art. But this prohibition gave us license to plunge to the depths and soar to the heights - in pursuit of artistic truth. We were forbidden to content ourselves with all that is material, external, and superficial - thus opening us to the profound and the sublime. The sculptural works of Ezra Orion are an original, prototypical creation - so characteristic of the daring of this gifted artist. The idea of sketching sculptural figures in the solar system is the product of artistic audacity; the result of the compulsion to wrestle with nature; the outgrowth of creative accomplishments on earth."
From: www.boker.org.il/

"Ezra Orion was born on Kibbutz Beit Alfa. The family moved to Kibbutz Ramat Yohanan when he was five. In 1952, he attended the Bezalel Academy of Art and Design in Jerusalem but left after a year of studies to enlist in the Israel Defense Forces.[1] From 1964 to 1967, he attended the Central Saint Martins College of Art and Design and the Royal College of Art in London.Orion lives and works at Midreshet Ben-Gurion in Sde Boker.[2] Orion describes his geologic structures as “launching pads” for the mind. In the late 1980s, he executed an "Intergalactic Sculpture" by sending a Laser beam to the Milky Way under the auspices of the Israeli Space Agency and the Israel Museum."
From Wikipedia: en.wikipedia.org/wiki/Ezra_Orion

You can see a YouTube video of Ezra Orion at: [https://www.youtube.com/watch?v=2q05hBzgbzU]