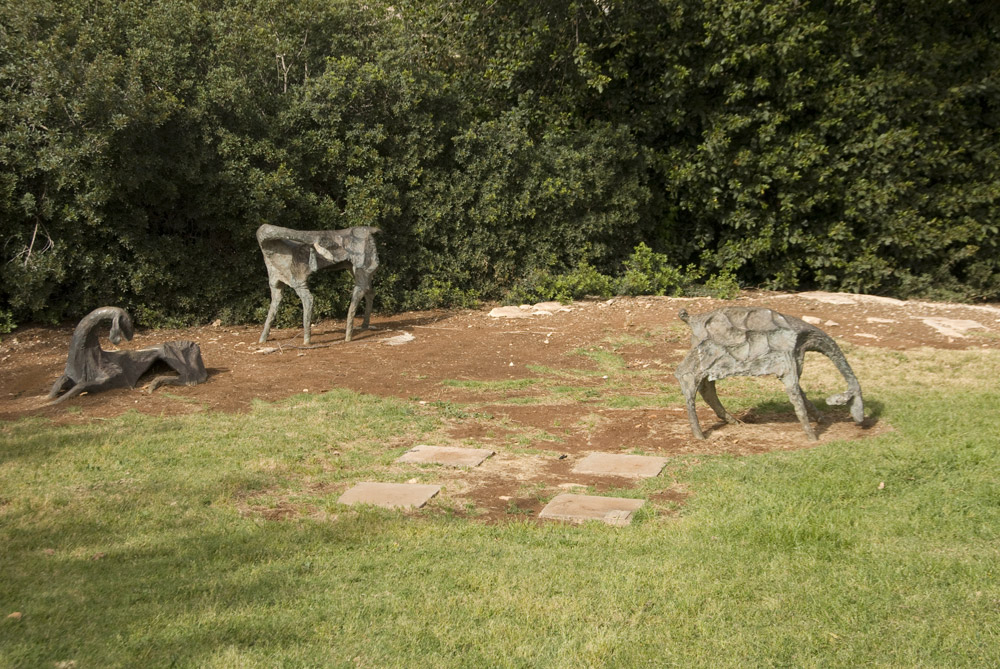 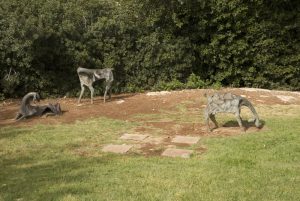 Click on image to enlarge
Description Three stylized goats
Caption “Eran Shakine is an artist, who works in different mediums; these include painting, drawing, sculpture and site-specific public art.

He was born in 1962 in Israel to a French father and Hungarian mother; both are Holocaust survivors who came to Israel after  the Second World War.   He has lived in Paris, London and for seven years in New York  City, where he received the “Art Matters” Scholarship and was  the assistant of the COBRA movement artist, Karel Appel.   He has had one-man shows in The Drawing Center in New York as well as in London, Paris, Brussels, Toronto and Tel Aviv.

His works are in the permanent collections of the British Museum, London; Ludwig Museum, Aachen, Germany; Tel Aviv Museum of Art, Israel and the Israel Museum, Jerusalem as well as many corporate and private collections.   He lives between Tel Aviv, New york and London.”
From: [http://www.eranshakine.com/About]

You can see another of the artist's sculptures, Kikar Ha'ir at Museum Towers in Tel Aviv at: www.israelpublicart.com/public_art/?art=kikar...

Other References For more information ago to the artist's web site: http://www.eranshakine.com/About


The Man from Tel Hashomer