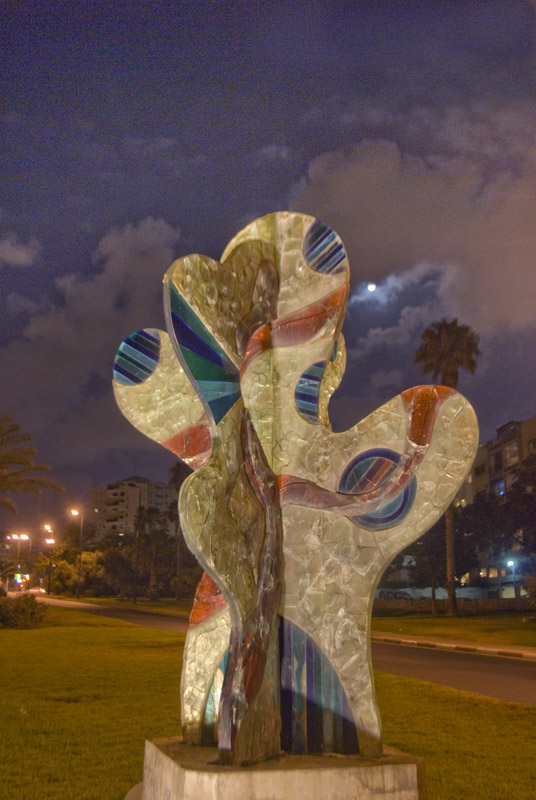 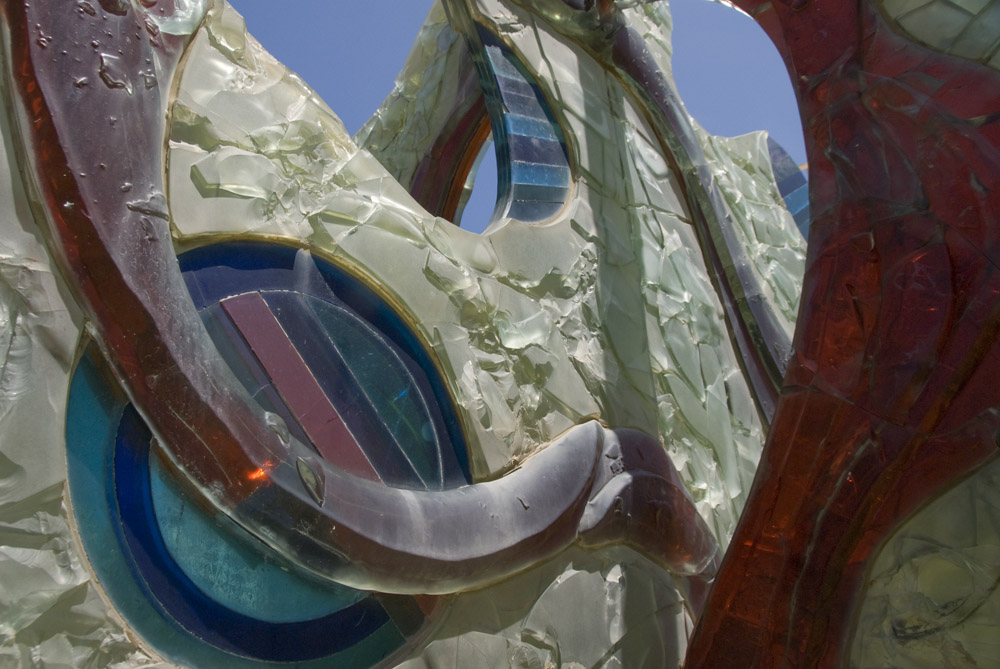 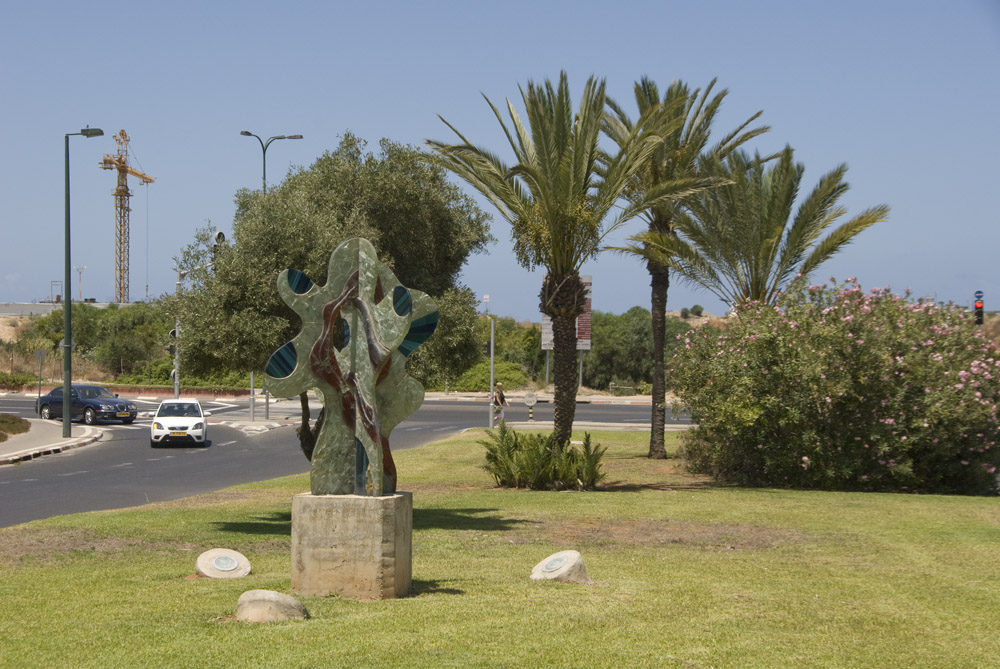 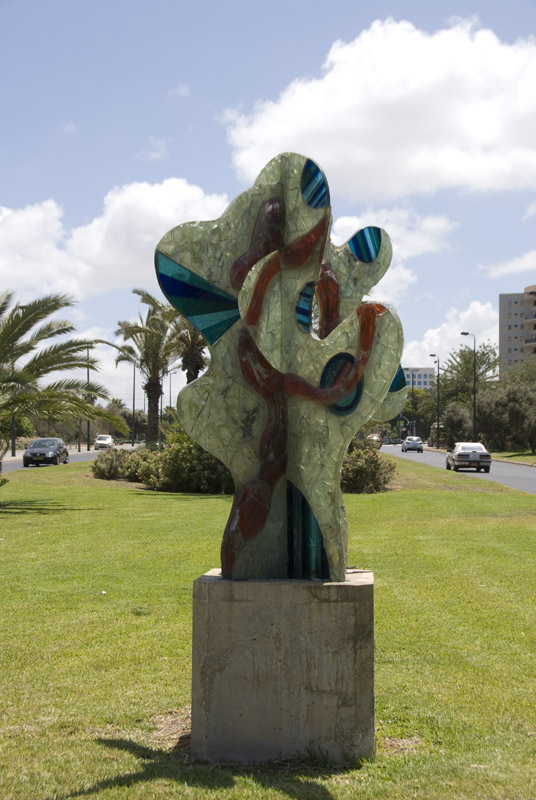 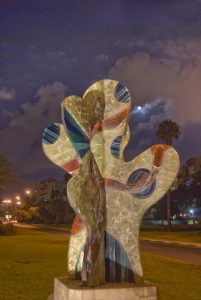 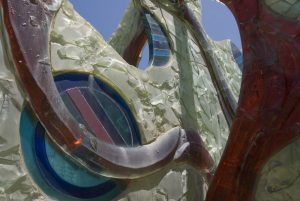 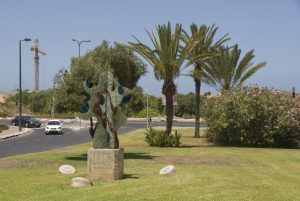 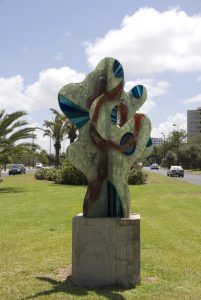 Click on image to enlarge
Description Abstract composition in glass that is lighted for very different effect at night
Caption "Allen David was born in India. He moved to Melbourne, Australia where he earned a Bachelors Degree of Architecture. During this time he began to paint and hold exhibitions of his work. Mr. David established 43 Dalgety Street in Melbourne, the first gallery in Australia devoted to Abstract Art. In Sydney, he gave a series of television lectures for the University of Sydney and taught at the University of New South Wales. Moving to London, Mr. David devoted his time to painting and sculpture and received major commissions for a large glass screen from Latrobe University in Melbourne and for the City of London Glass Fountain at Guildhall. Mr. David spent five years in Tel Aviv, where he received commissions from the Tel Aviv municipality for a glass fountain at Dizengoff Circle (later replaced by Yaacov Agam' "Fire and Water Fountain" www.israelpublicart.com/search/?search=agam...
and for "The Magician" a glass sculpture at Einstein Street. A recognized artist in the international art community, Mr. David has had his paintings, sculptures and tapestries, included in distinguished private collections in the United States, England and Australia. Mr. David's work has been shown intensively in galleries around the world, including New York City, London, Greenwich, Edinburgh, Tel Aviv, Melbourne, Sydney, New South Wales and Victoria. Allen David is living in New York City and continues to paint and design large-scale glass sculptures, using a technique that makes them both durable and permanent. He is also designing tapestries and is writing a novel based on his experiences in India."
From the artist's web site: www.allendaviddesign.com

Other References To see more of the artist's wor go to: http://www.allendaviddesign.com/glass.html#