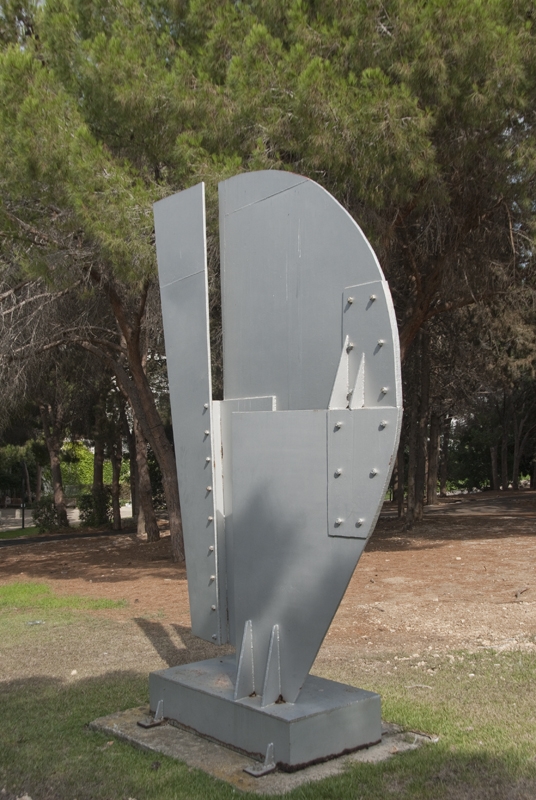 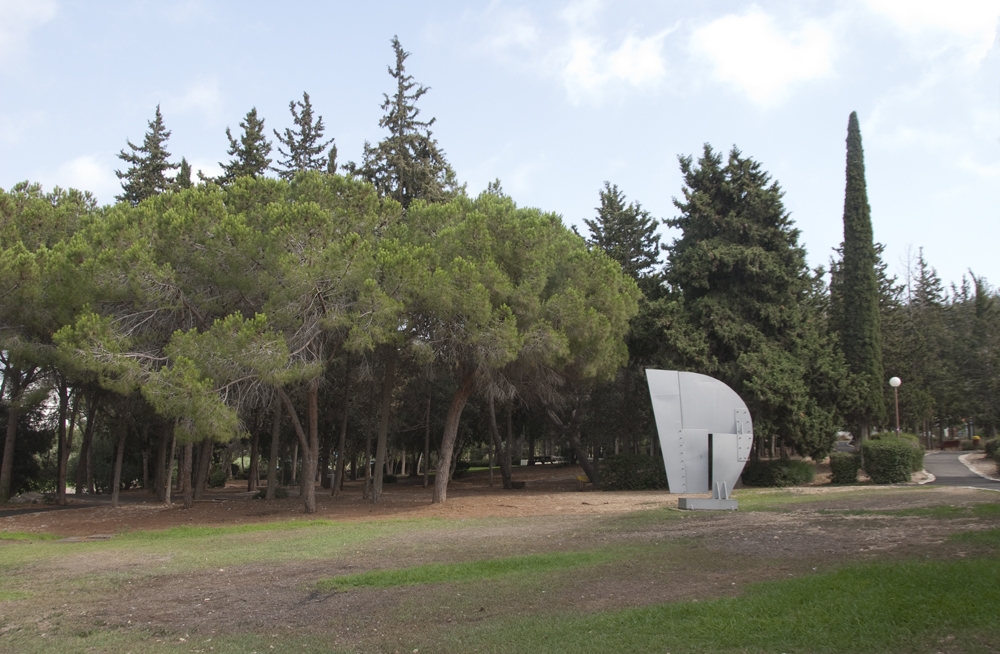 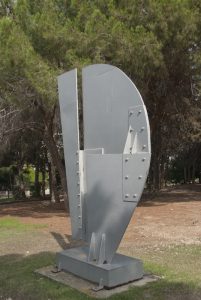 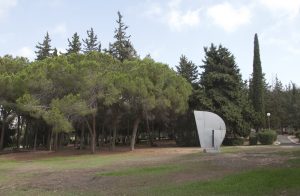 Click on image to enlarge
Description
Caption "Yehiel Shemi, a native of Haifa, Israel, began his art career as an abstract sculptor working in wood and stone. He acquired his intimate knowledge of metalwork techniques after World War II when he worked in the construction industry. He made his first metal welded sculptures from the steel found in sunken ships in the harbors of Haifa. In 1967, Shemi received public art commissions for the Jerusalem Theater that combined found metal elements with manufactured industrial forms and concrete to create monumental, nonrepresentational sculpture. He often painted his steel works, and combined with his technical directness and imaginative exploration of industrial steel shapes, he created an intensely personal style.
While Shemi’s sculptural methods stem from technology, his art is conceptual, and may be viewed as three-dimensional Constructivist calligraphy. His works become drawings in open space, as seen in the strong, simple geometric form of Morning."
From a web site that no longer works. To read more about the artist go to Wikipedia at: en.wikipedia.org/wiki/Yechiel_Shemi

For a tour of Technion Art Trail go to: sculptures.technion.ac.il