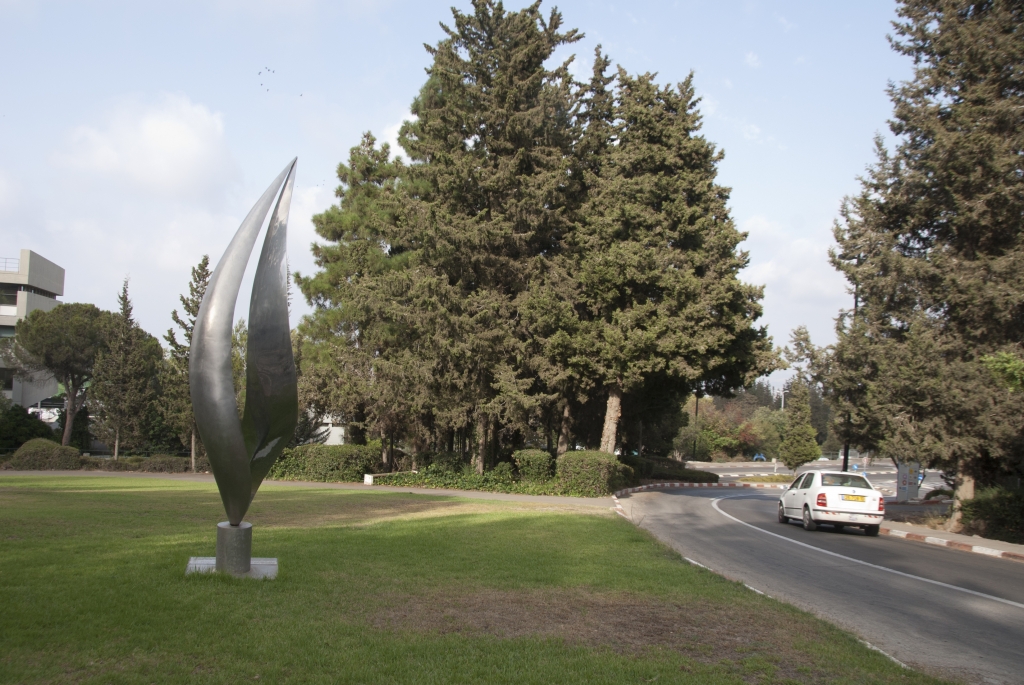 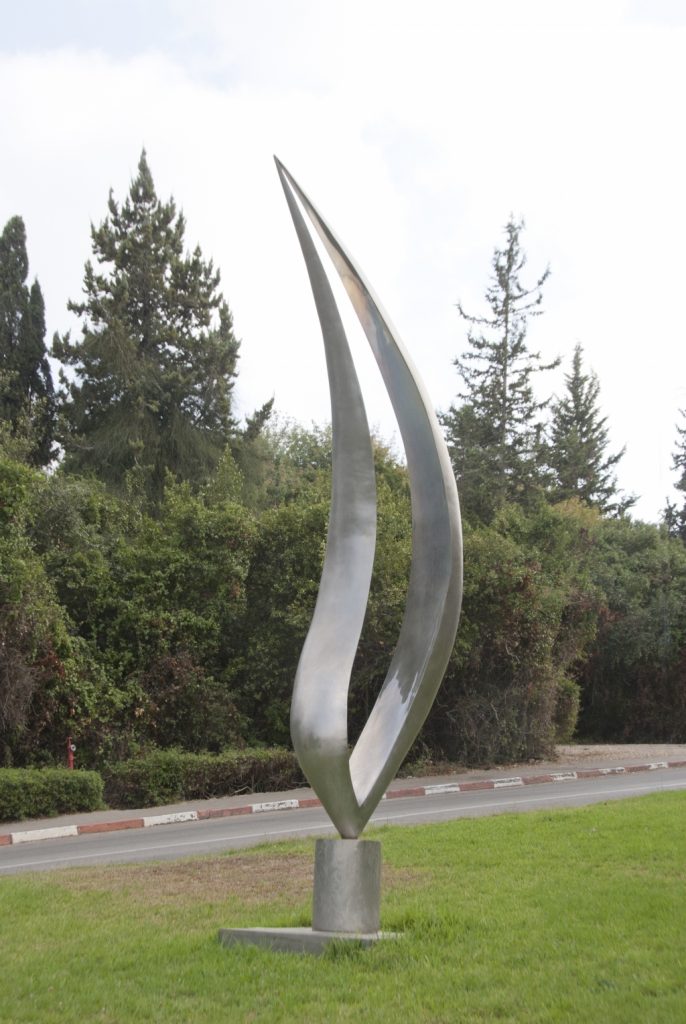 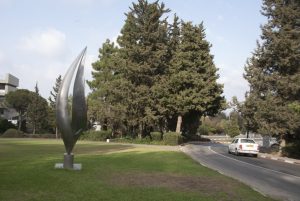 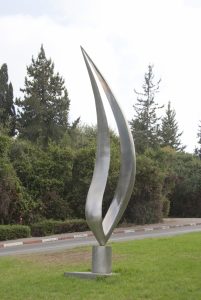 Click on image to enlarge
Description
Caption The sculpture was donated by Gideon Graetz in memory of his late father Heinz R. Graetz who was one of the pioneers of Israeli navigation and who cherished the State of Israel and labored so greatly on its behalf.
(From the plaque at its base)

About the artist:
"Gidon Graetz (1929 - ) was born in Tel Aviv, Israel. During Israel's War of Independence, he served in the Palmach. In the 1950s, Graetz attended the Accademia della Belle Arti in Florence and later studied at the Ecole de Beaux-Arts in Paris. Since moving to Fiesole, Italy, where he has a studio and foundry, Graetz has exhibited his work in Europe, Australia and the United States. The public spaces of Florence became the setting for his sculpture in the 1998 show, "Sculture in citta". In addition to his two works at the YMCA, Graetz has a permanent installation at the Brea Financial Commons in Brea. His other public sculpture is located in Europe, the United States and Israel."
From: www.publicartinla.com/Downtown/YMCA/graetz_bi...