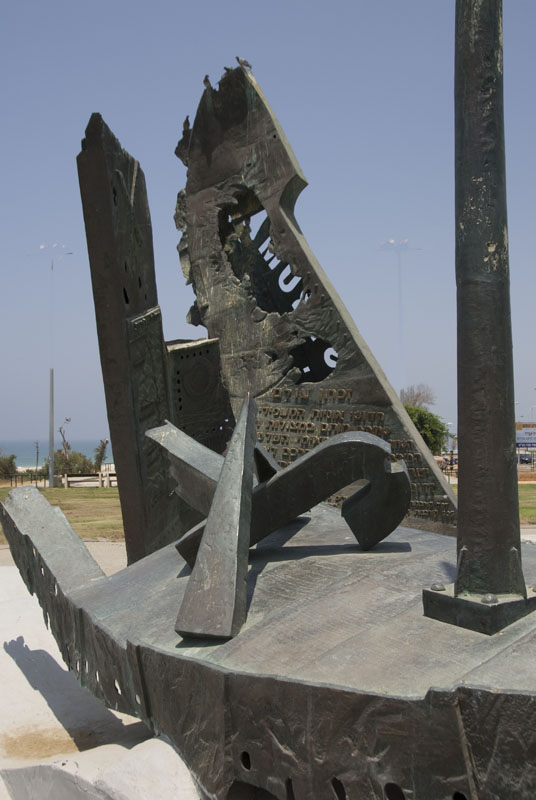 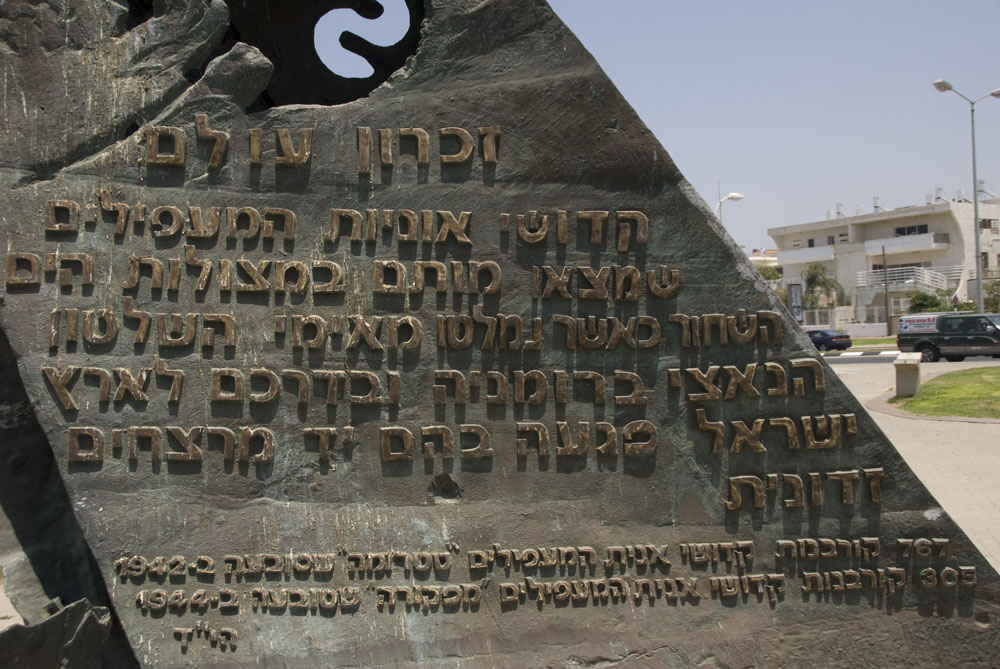 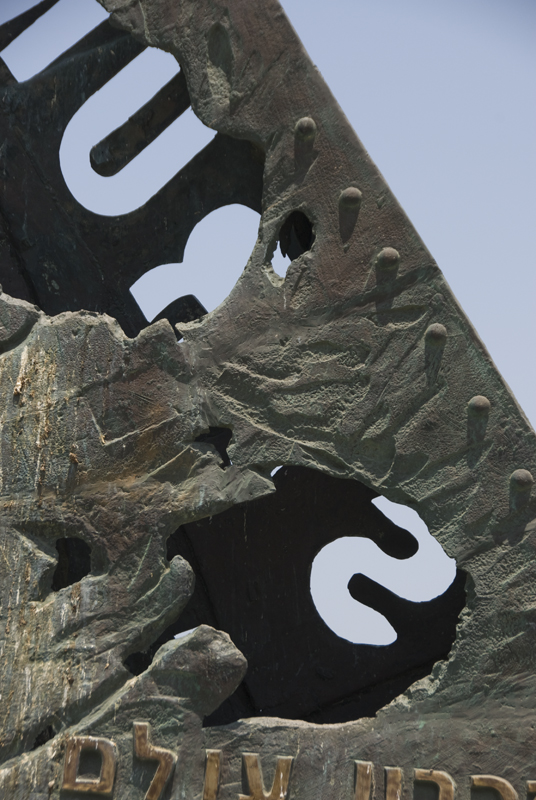 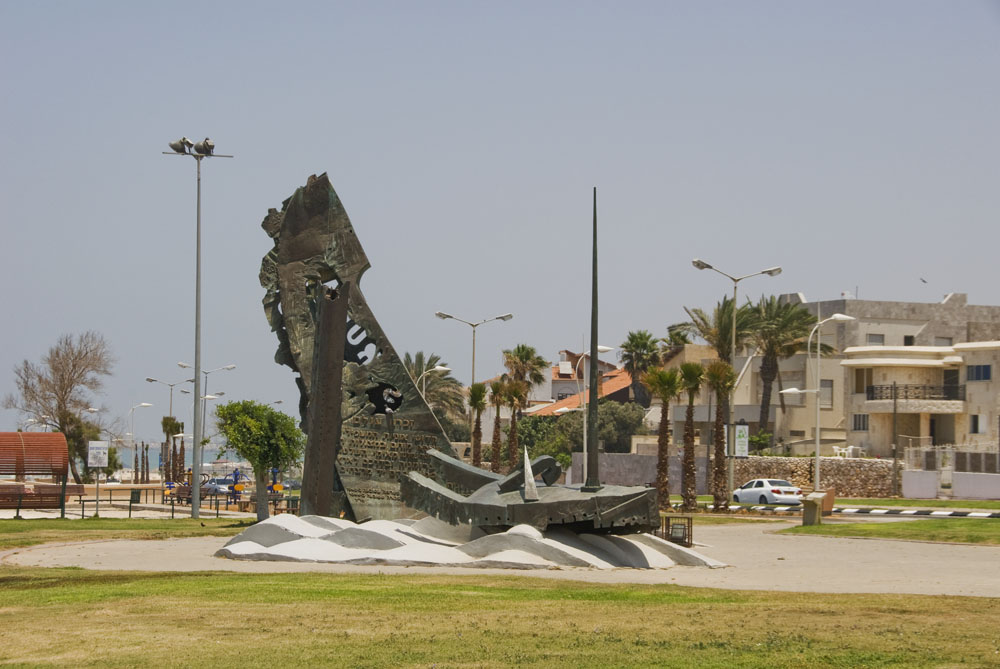 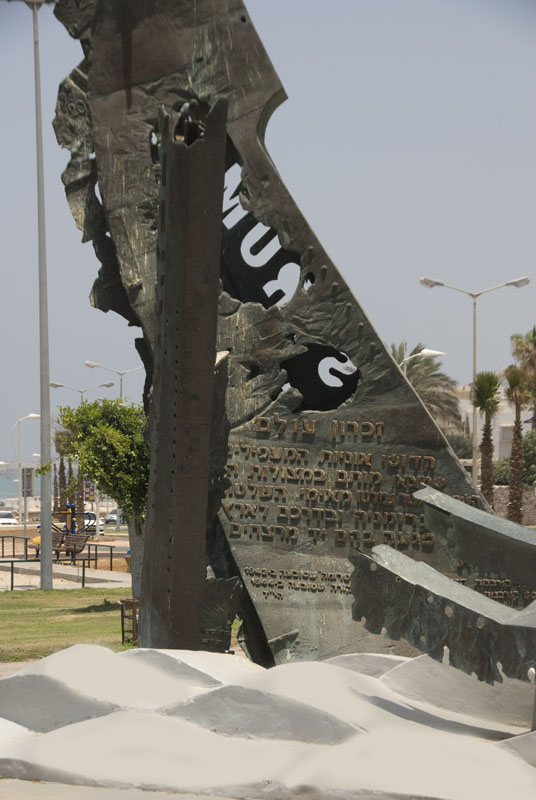 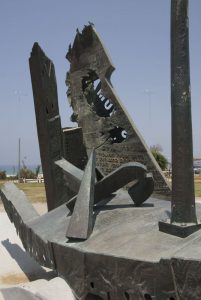 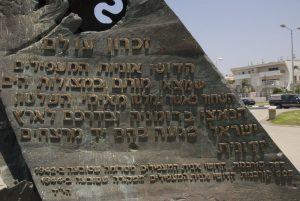 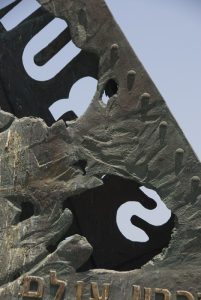 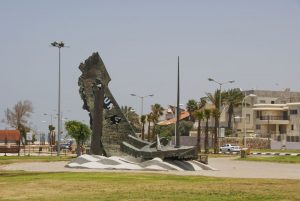 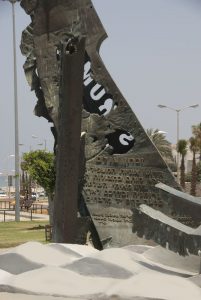 Click on image to enlarge
Description This monument is dedicated to the ships that sank, and the lives lost, during the struggle to create the state of Israel
Caption The monument commemorates the tragic sinking of two ships bringing immigrants to Palestine that sank after the British refused them entry. 6 people survived. 974 died. "Mefkura (also called Mefkure) was a motor schooner chartered to carry Jewish Holocaust refugees from Romania to Istanbul, sailing under the Turkish and Red Cross flags.The ship left from the port of Constanta before dawn on August 5, 1944, together with the ships Bulbul and Morina. The German navy provided them with escort and signal flags to facilitate their departure from the harbour and the mined area around it. After midnight the ship was illuminated by flares from an unknown vessel. It failed to respond and carried on. Then it was fired on and began to burn. The captain and crew {6} escaped in a lifeboat but only 5 of the 350 passengers survived. The Bulbul was also intercepted, but was allowed to continue after identifying itself. The passengers from the Bulbul and Morina reached Turkey and continued overland to Palestine.It was much later revealed that the ship had been torpedoed by the Soviet submarine Shch 215.."
From Wikipedia: en.wikipedia.org/wiki/Mefkura

To see more of the artist's work go to: www.baruchwind.com/

Other References For Biographikcal nformatiopn about the artist: https://collections.ushmm.org/search/catalog/irn40071
To see a video of the dedication of the monument go to: http://www.baruchwind.com/blank-v4533
To read more about the sinking of the Struma: http://en.wikipedia.org/wiki/SS_Struma