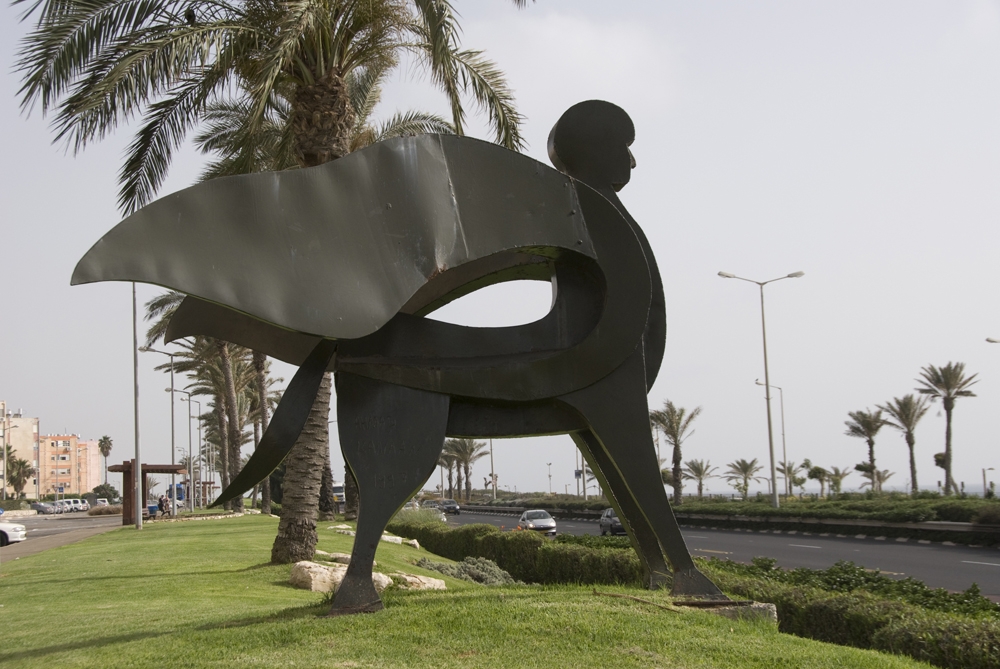 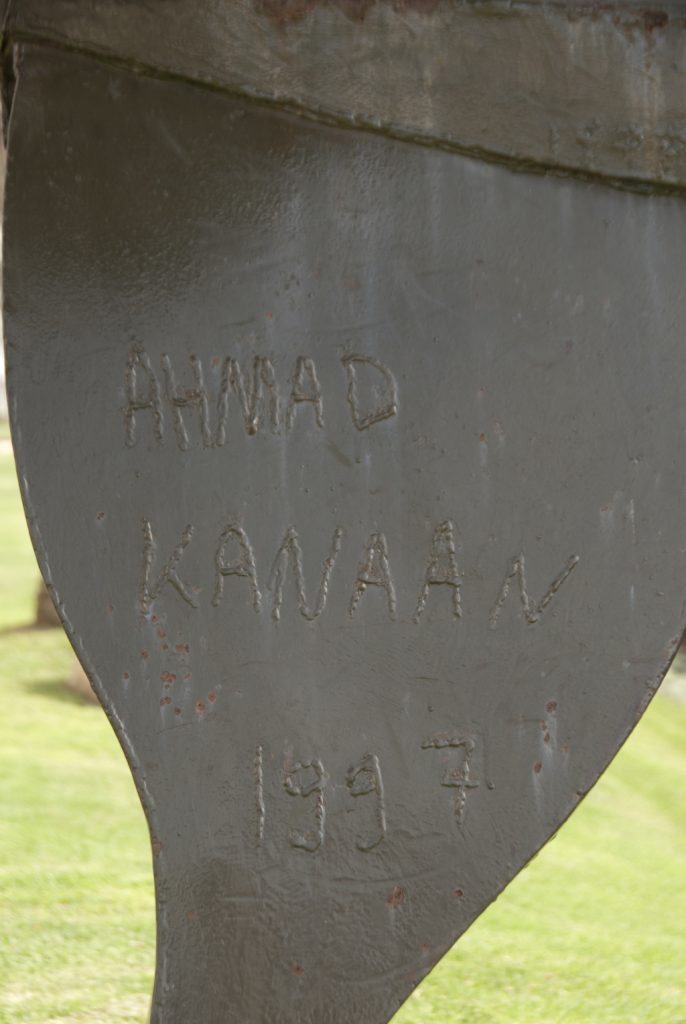 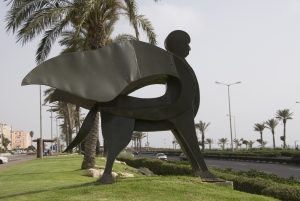 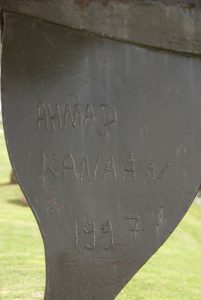 Caption "Ahmad Kanaan was born in 1965 in Tamra, Western Galilee, where he currently works and lives. He studied sculpture at the Bezalel Academy of Art in Jerusalem from 1985-1989 and stained glass at The Arts Center in Jerusalem in 1991.
His solo exhibitions include "Ploughs" at the Hakawati Theatre, Jerusalem (1989), "Mashatih" at the Municipality Gallery, Nazareth (1992), a show at Gallery Tarsheha, Tarsheha (1995), and "Three-dimensional Objects" at the Gallery Kibutz Ras Al, Nakoura (1996).
Selected group exhibitions include "Alone" at the Arts Center in Salt Lake City, Utah (1992), "Nine Artists from Jerusalem" in St. Petersburg, Russia (1993), and "Encounter" at the Artists' Museum in Lodz, Poland (1995)."
From: www.ahmadcanan.com/en/index.asp

He is the curator of Jaffa Salon of Palestinian Art and received several national and international awards. in 1989 he was the recipient of the America-Israel Cultural Foundation Prize, and in 2003, and 2010 received the "Artist in the Community" rant, from the Israeli Ministry of Culture.

For more information about the Artist: www.kanaankanaan.com