Past Places Revisited – A Villa Remembered 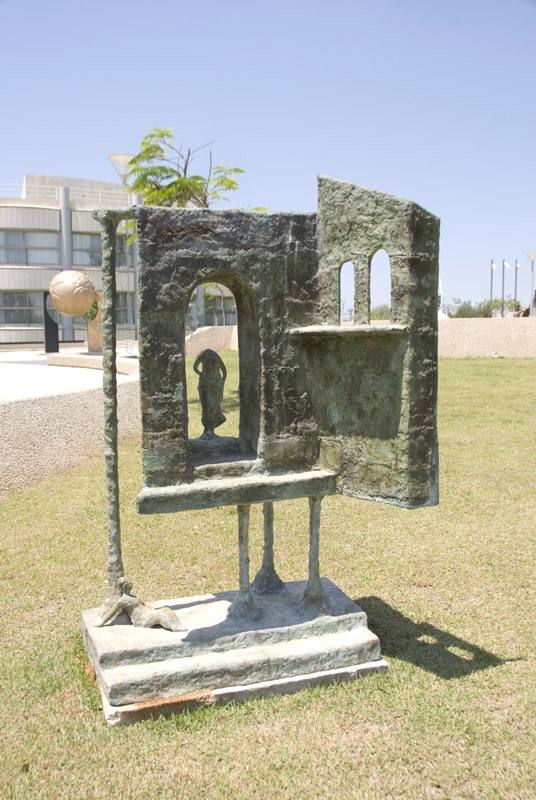 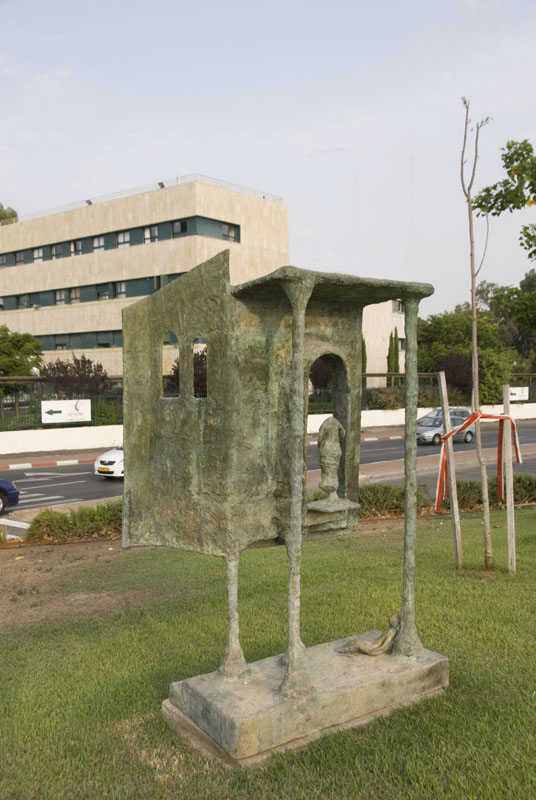 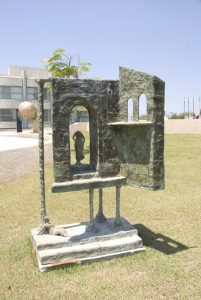 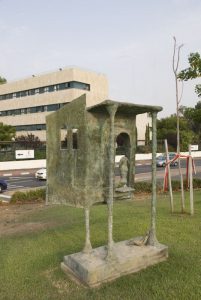 Click on image to enlarge
Description A dreamlike representation of a familiar house opened up for viewing
Caption " ’Past Places Revisited’ is a series of sculptures that my Mother created between the years: 1985-1987. Dorothy would first sculpt small pieces (approx a foot high) and cast them in bronze, and then decide which pieces to enlarge. There are 19 small bronzes and 4 large pieces of this series: One at Tel HaShomer, one in a public park in Holon, and two still at my Mother's residence in Ein Hod.  The theme of ‘Past Places Revisited’ was first developed by Dorothy in 1962 after she had been invited to work at 19th century estate of Yaddo, Saratoga Springs (New York) - built in a mixed architectural styles of Baroque, Greek and Roman. My Mother wrote about this time: ‘The environment had a powerful effect on me. It aroused mysterious sensations of haunted ghosts, of decadent past cultures.’ “
From an eMail by the artist's daughter dated September 16, 2010

"My sculptural concepts are spaded out from the inside of myself, and look for a translation of them. At times, my feelings are too complicated and it becomes necessary to simplify them and yet maintain their original force. The existence of the finished work embodies my final choices from the whole world at my disposal. Creating sculpture is reaffirming life for me. This becomes a motivating drive sufficient for a lifetime."
From the web site: ein-hod.info/artists/robbins/

Other References About the artist: http://ein-hod.info/artists/robbins/