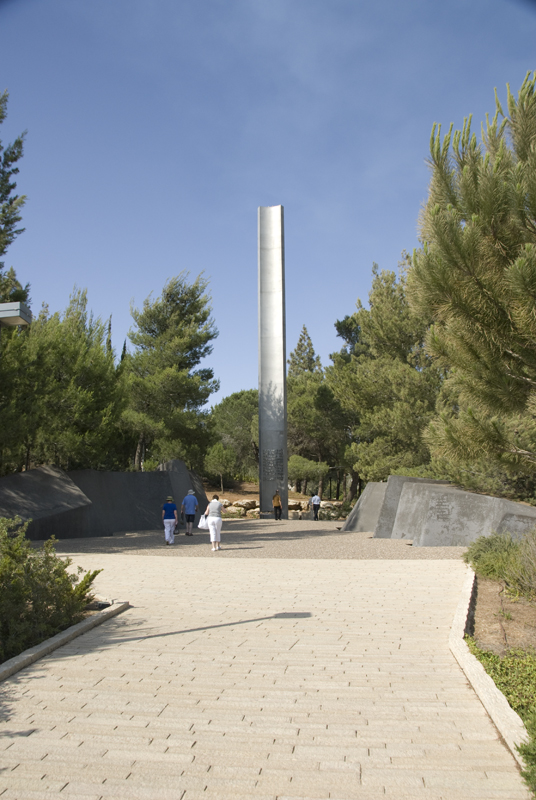 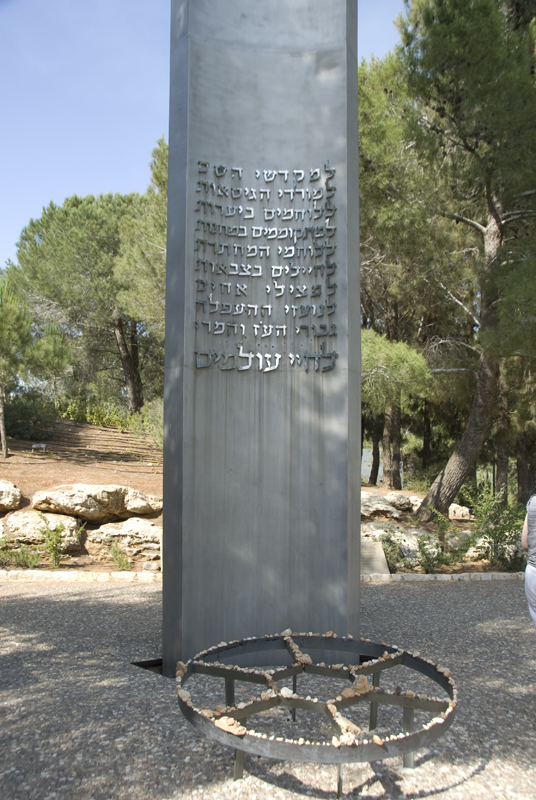 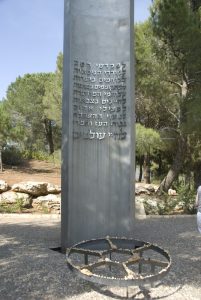 Click on image to enlarge
Description A three-sided pillar featured on the museum's grounds
Caption Designed in 1970 by Buky Schwartz, the Pillar of Heroism is a 21-meter-high pillar standing on the edge of a plaza. From afar the monument resembles a tall chimney - calling to mind the chimneys of the death camps' crematoria, in which the bodies of the murdered victims were burnt.The Pillar of Heroism was erected at Yad Vashem after the Six-Day War in 1967, when Israel was still enjoying its victory. This war was perceived to be the antithesis of the Holocaust: Israel was in full control of its security, unlike the Jews of Nazi Europe. The pillar is three-sided, made of concave panels of shining stainless steel; the front panels bears the inscription:

This inscription stresses the concept of heroism, highly valued at the time, both the physical heroism of the fighters and the spiritual heroism of the martyrs.
From: www.jewishvirtuallibrary.org/jsource/Holocaus...

Other References For Information about Yad Vashem: http://www.yadvashem.org

For more information about the sculpture: http://www.jewishvirtuallibrary.org/monuments-in-israel...

For more information about the artist: http://www.bukyschwartz.com