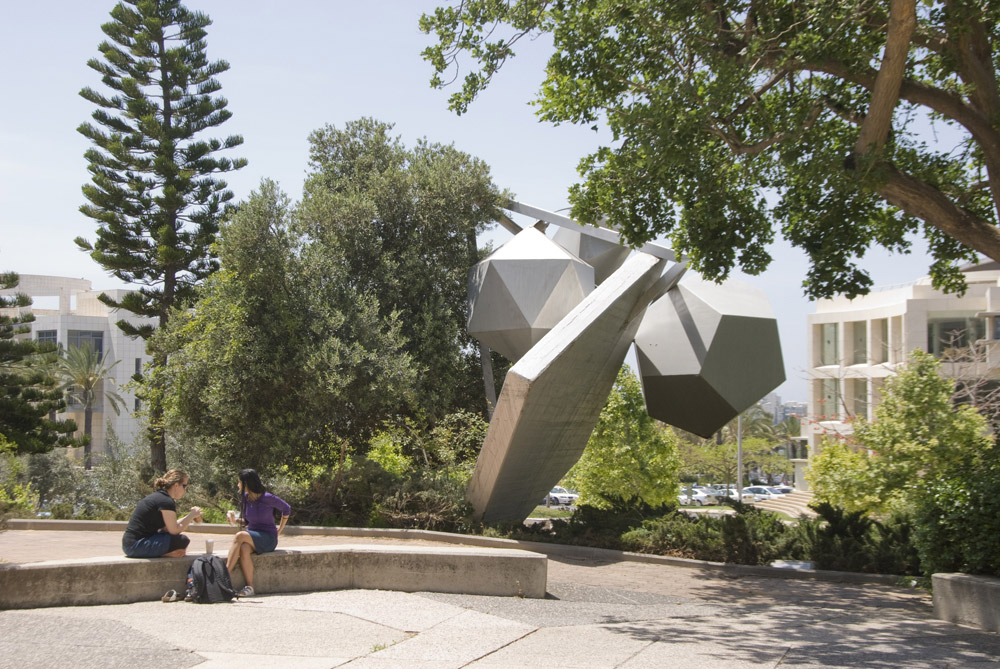 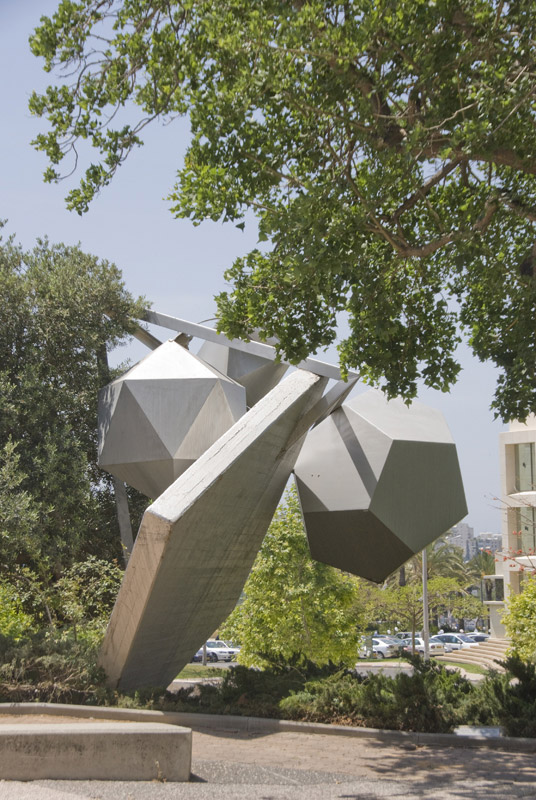 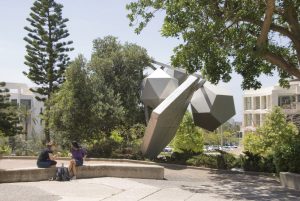 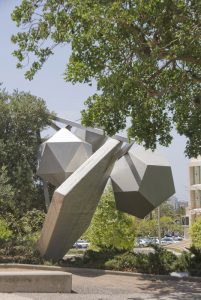 Click on image to enlarge
Description An artist's interpretation of a microscopic view of a a crystal, perhaps
Caption "Tumarkin, who in Germany was born as Peter Martin Gregor Heinrich Hellberg, emigrated in 1935 with his mother, his father was German remained in Berlin , to the British Mandate Palestine. After leaving school in 1949 he joined the Israeli navy. After his service he decided in 1954 to sculptor and he settled in Kibbutz Ein Hod , an artists' village, founded in 1953 by the Romanian artist Marcel Janco, near Haifa and Mount Caramel. He was taught by the sculptor Rudi Lehmann and worked as a docker. In 1955 he went to Germany, where his father Martin Hellberg was a famous actor and director. He worked from 1955-1957 as an assistant stage designer, Karl von Appen at the Berliner Ensemble of Bertolt Brecht in of Berlin. In 1956 he designed his first stage for a performance at Rostock Der gute Mensch von of Brecht Sezuan. After Brecht's death the same year, he worked as stage designer in Amsterdam and The Hague. In 1957 he created his first sculptures, which until the sixties were realized. In 1958 he moved to Paris, where he was the artist Cesar Baldaccini Alberto Giacometti and Yves Klein met. In 1959 he had his first exhibition at Galerie Saint-Germain. In 1960 he again worked as a stage designer in Amsterdam, but in that year he decided to return to Israel." Quoted rom: nl.wikipedia.org/wiki/Yigal_Tumarkin Johann Kapler was one of the first scientists to examine the structure of crystals that led to further adbvances. "During the 17th century, initial ideas regarding the microscopic structure of crystals began to emerge in the works of scientists such as Johannes Kepler and Robert Hooke." To read more about Kapler and crystals go to: www.tau.ac.il/~ronlif/quasicrystals.html#senb...