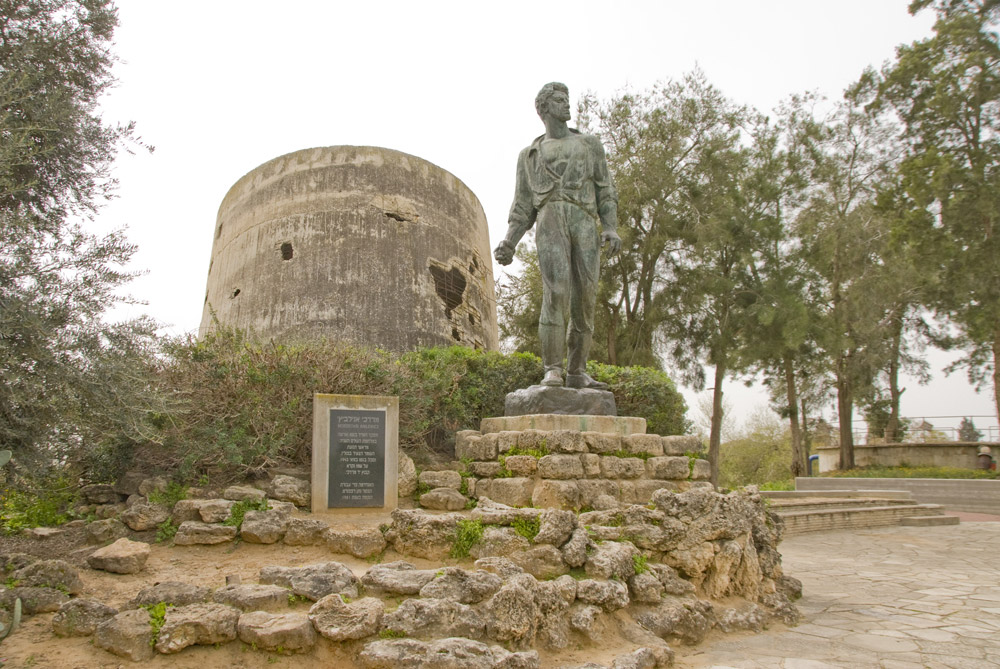 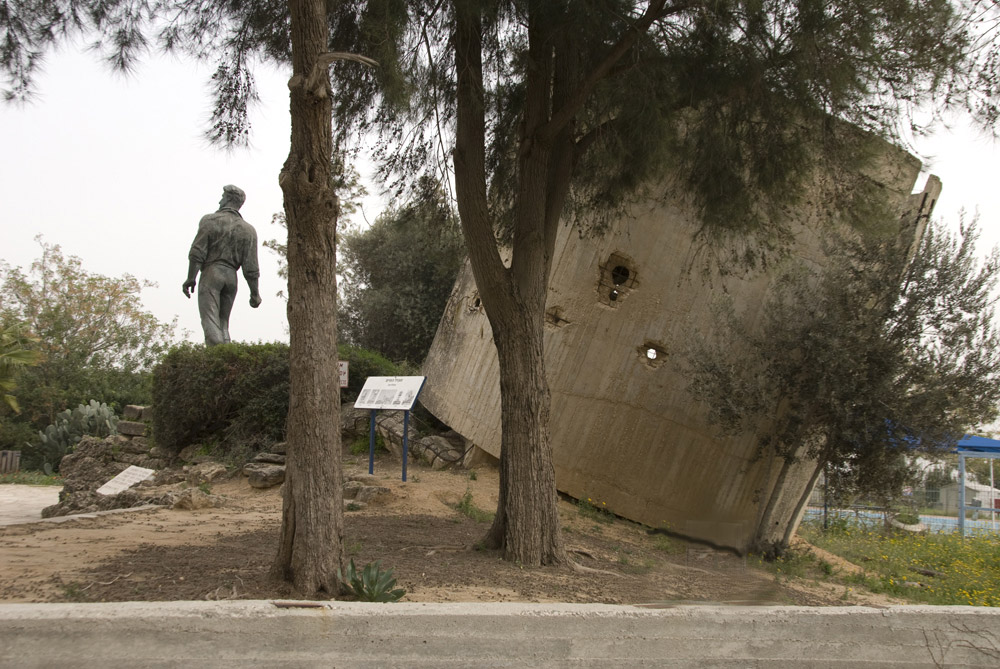 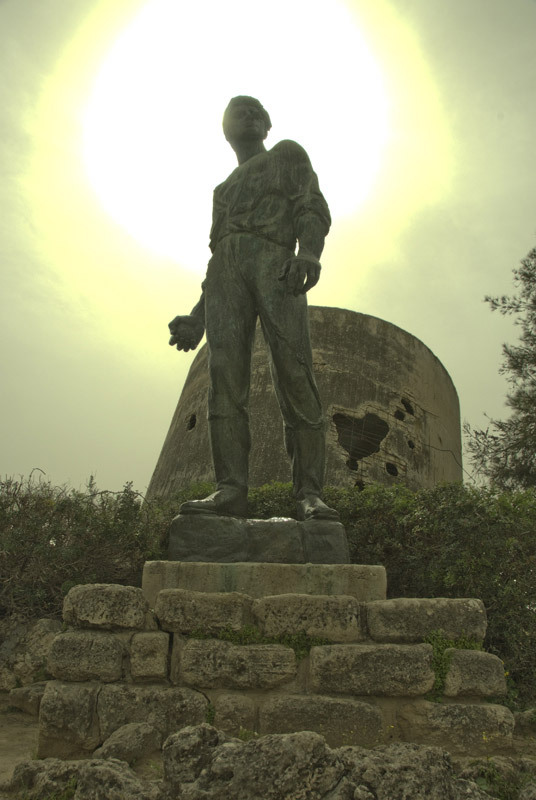 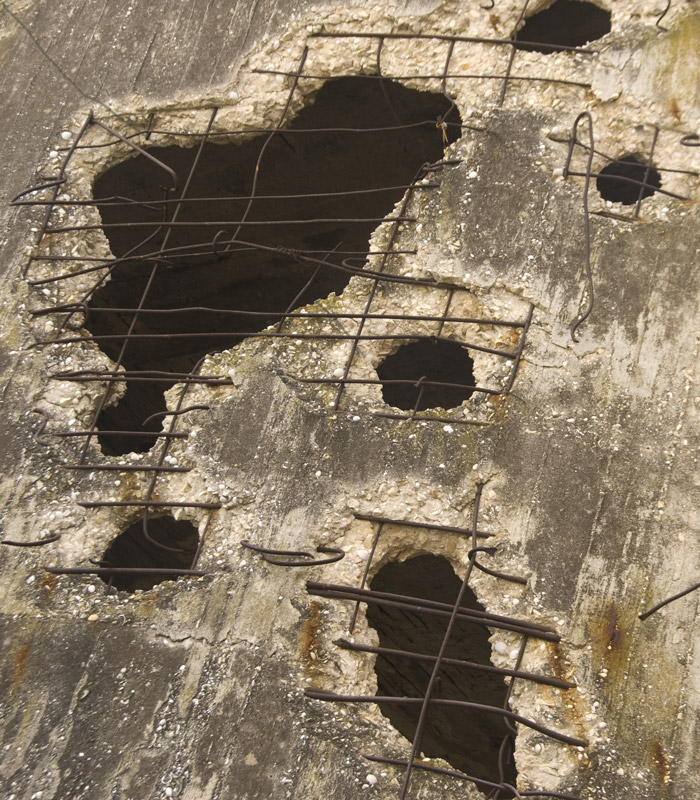 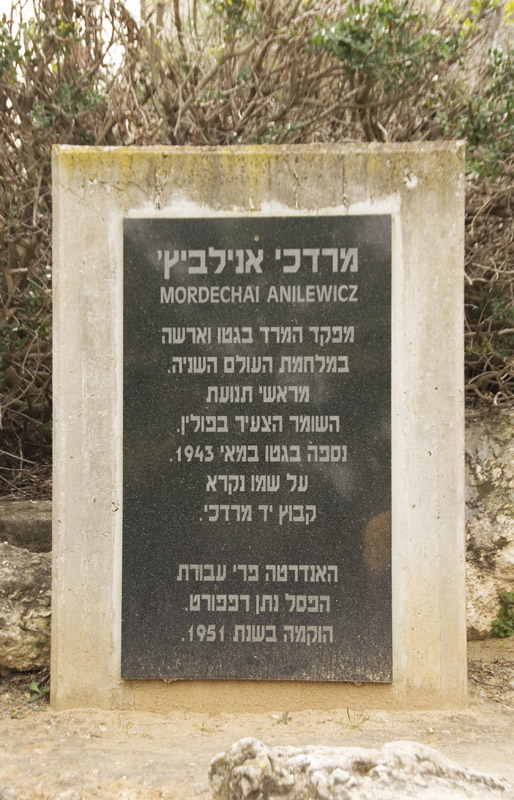 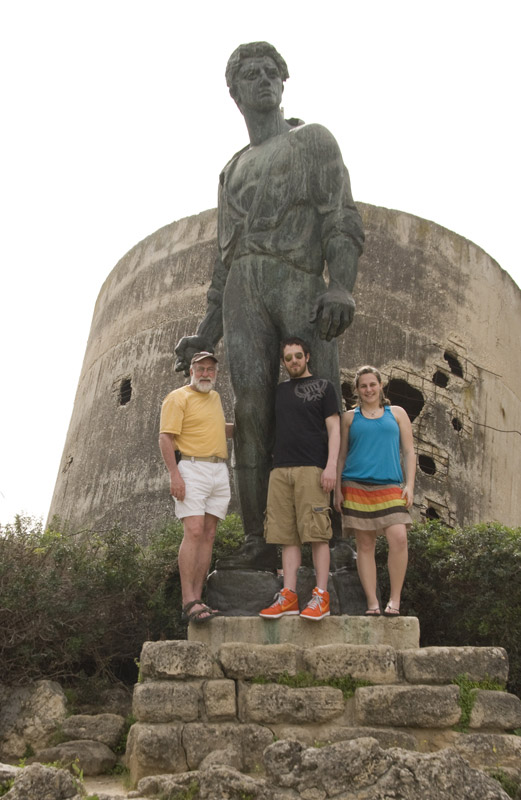 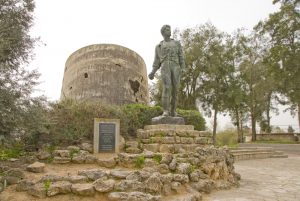 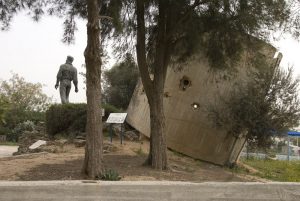 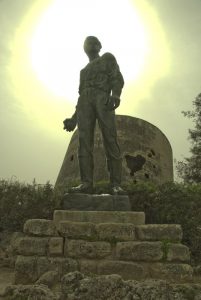 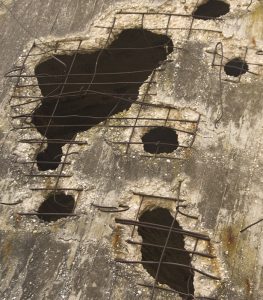 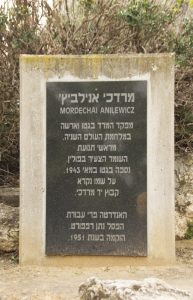 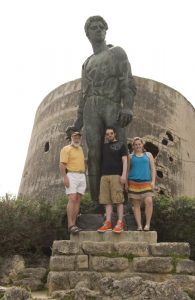 Click on image to enlarge
Description A memorial to the leader of the Warsaw Uprising
Caption Nathan Rapoport was born in 1911 in Warsaw, Poland. In 1936. when the Nazis invaded he fled to the Soviet Union. The Soviets initially provided him with a studio, but later compelled him to work as a manual laborer. At the end of hostilities he returned to Poland to study at the Warsaw Academy of Fine Arts. In 1950, Rapoport immigrated to the United States, where he lived until his death in 1987. His sculptures in public places include: * Liberation (Holocaust Memorial), 1987, bronze, Liberty State Park, Jersey City, New Jersey * The Wall of Remembrance (Warsaw Ghetto Memorial), in Warsaw, Poland. * Monument to Mordechai Anilewicz at Kibbutz Yad Mordechai, Israel * The Last March, bronze sculpture in Yad Vashem, Jerusalem, Israel * The Warsaw Ghetto Uprising, bronze sculpture in Yad Vashem, Jerusalem, Israel * Philadelphia Holocaust Memorial at Benjamin Franklin Parkway, Philadelphia, PA From en.wikipedia.org/wiki/Nathan_Rapoport "Mordechai Anielewicz was born in Wyszkow, near Warsaw, Poland, in1919 and died May 8, 1943. He was a hero and martyr of the Jewish Zionist resistance to Nazism and Fascism, leading the revolt of the Warsaw Ghetto, organizing and commanding the Jewish Fighting Organization during the Warsaw Ghetto Uprising." From: www.zionism-israel.com/bio/Mordechai_Anielewi... "The Hebrew date for the official Holocaust day of remembrance is the 27th of Nissan, one of the days of the Warsaw Ghetto Uprising (April 19-May 16, 1943). This was the largest uprising of Jews against the Nazi regime and has become a symbol of heroism. The first monument built to commemorate the event is located in Kibbutz Yad Mordechai, named after Mordechai Anielewicz, one of the commanders of the Ghetto uprising. Nathan Rapoport's sculpture of Anielewicz was placed in a grove of trees on a hill in the center of the kibbutz in 1951. It shows a strong young man, dressed like a kibbutz member, with a look of determination on his face and a grenade in his hand. On a stone plaque beneath the sculpture are Anielewicz's words: My last aspiration in life has been fulfilled, the self-defense turned into a fact - ' I am content and glad that I was among the first of the Jewish Fighters in the Ghetto'. April 23, 1943. By depicting Anielewicz - who was actually a lean, bespectacled lad - as a strong, young kibbutznik, and by positioning the sculpture in front of the war-damaged water tower, Rapoport makes a connection between the heroism of the Warsaw Ghetto Uprising and the members of Kibbutz Yad Mordechai, who fought the Egyptian army during the War of Independence. In his depiction of Anielewicz, Rapoport was undoubtedly influenced by Michelangelo's David - a symbol of the weak fighting the mighty." From: www.jewishvirtuallibrary.org/jsource/Holocaus...