Harp the Sea and the Quiet Wind 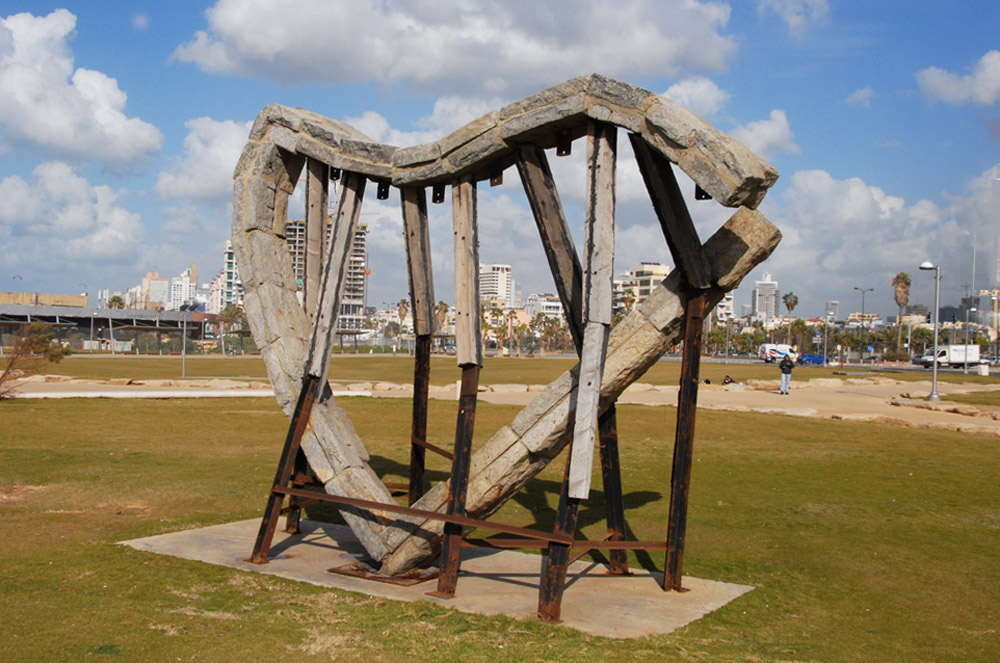 Click on image to enlarge
Description A stone heart supported by a steel frame
Caption "There is much to say about Harp...It is on the border between Jaffa and Tel Aviv overlooking the Hassan Back minaret and the massive modern hotels on the other side. When I built it you could see to the left the minaret and to the right Colbo Shalom which was the first commercial sky scraper in Tel Avive, the hotels were not there. The other side is the Mediterranean and there you can not see but the waves. The stones and the wood are recycled from NY streets curb stones and old buildings. The original location was on a hill not far from the place it is now on, that was cut off in the last expensive renovation of the park and that is why it looks in such a bad state." (Excerpt - eMail message from the artist dated April 16, 2010)

Other References For more information about the artist go to: http://www.ilanaverbuch.com
And http://www.nancyhoffmangallery.com/artist/display/8/Ila...