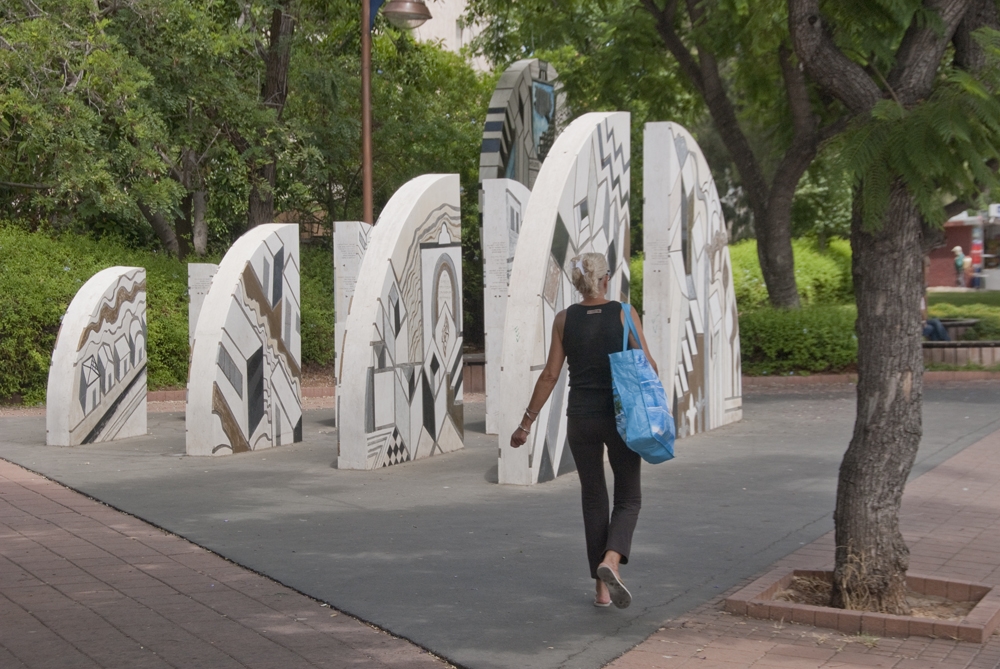 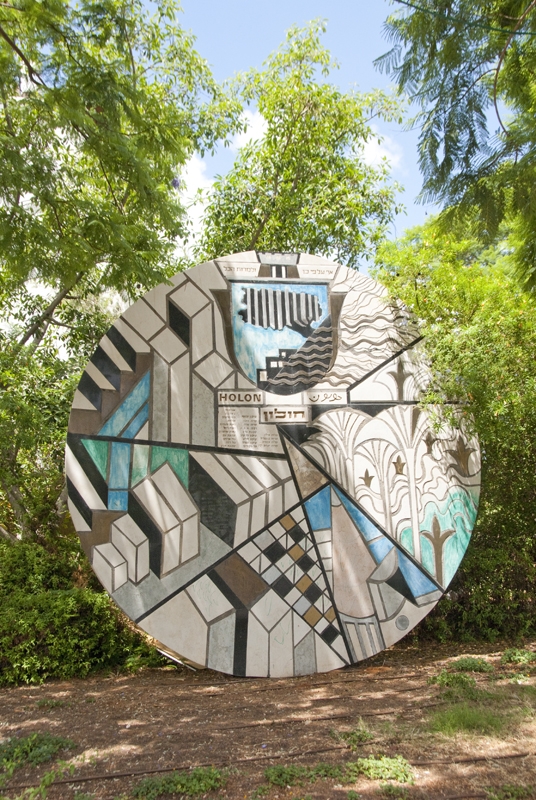 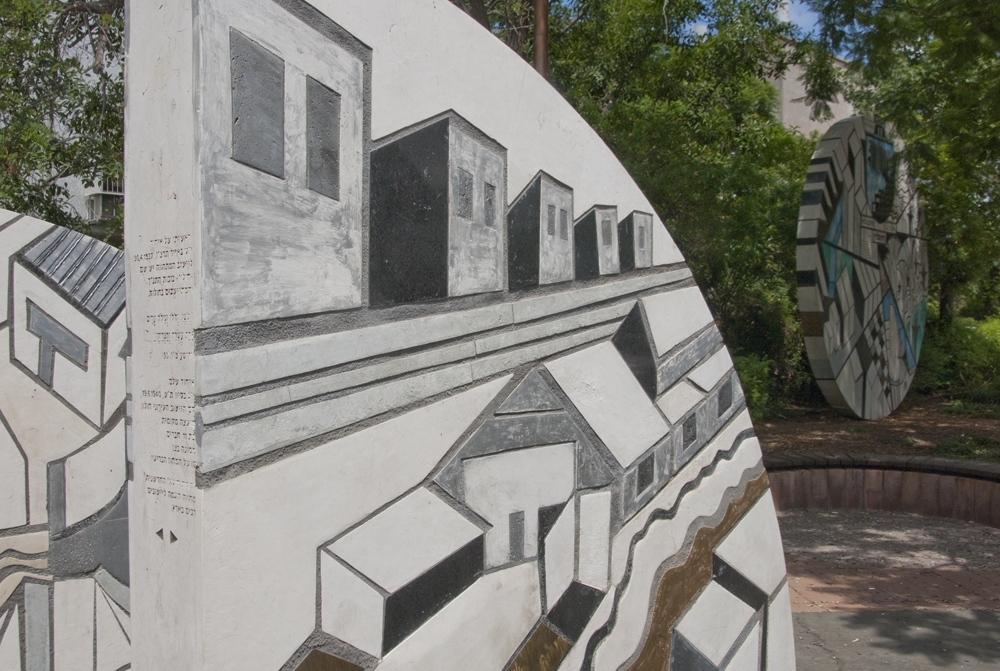 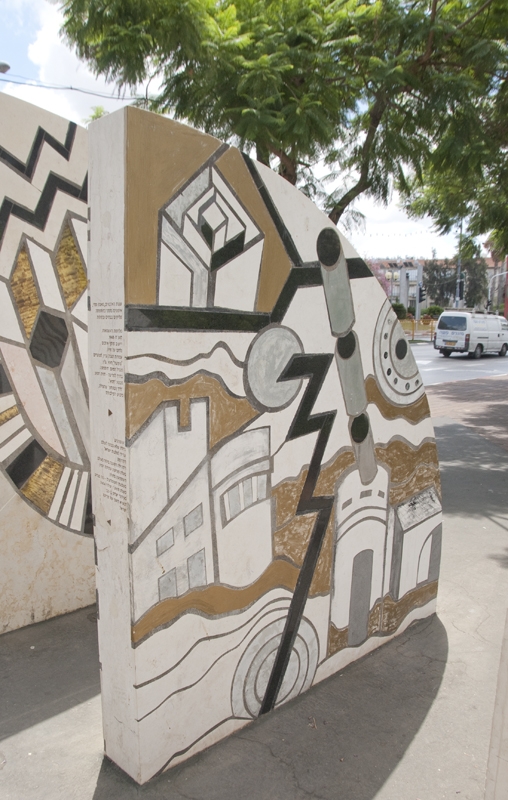 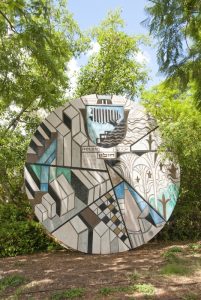 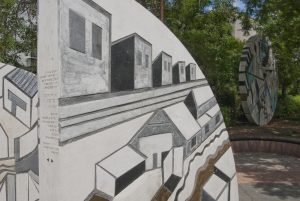 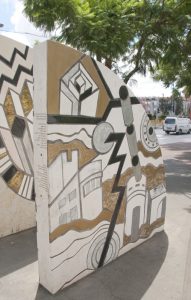 Click on image to enlarge
Description
Caption Shimshi was born in Tel Aviv, to Haya Rivka (Kuklanski) and Avraham Shimshi, who had immigrated to Mandate Palestine from Lithuania in 1933. She married Jachin Hirsch, an Israeli filmmaker, in 1961. She studied at the Avni Institute in Tel Aviv from 1956–59, with Avigdor Stematsky, Yehezkel Streichman, and Moshe Mokady. She also studied ceramics at Alfred University in New York, from 1959–62, as well as at Greenwich House Pottery in New York City.  From Wikipedia: en.wikipedia.org/wiki/Siona_Shimshi

Siona Shimshi designed the book “Read the Walls”, 2007, in Hebrew, English & French, available at: [http://www.bookgallery.co.il/content/english/bookPageSchema.asp?BookPageID=67359]  A remarkable documentation of the horrors of the German occupation of France, “Read the Walls”, by Siona Shimshi, Dalit Lahav and photographer Jachin Hirsch shows us a myriad of little plaques still attached to buildings in the various arrondissements of Paris. Laconic but bitter, they honor the memory of men and women, boys and girls, who fell in action or in the front of firing squads, or who were deported to their deaths. Many, if not most, were Jews, some of them decorated officers of the French Resistance, who "died for France." The victims are in most cases listed by name.
From: [https://www.amazon.com/Read-Walls-French-English-Hebrew/dp/9657270502]
To read more about the book go to: [http://www.jpost.com/Arts-and-Culture/Books/Writings-on-the-wall]

Other References For more information about Siona shimshi go to: http://www.wow.com/wiki/Ziona_Shimshi