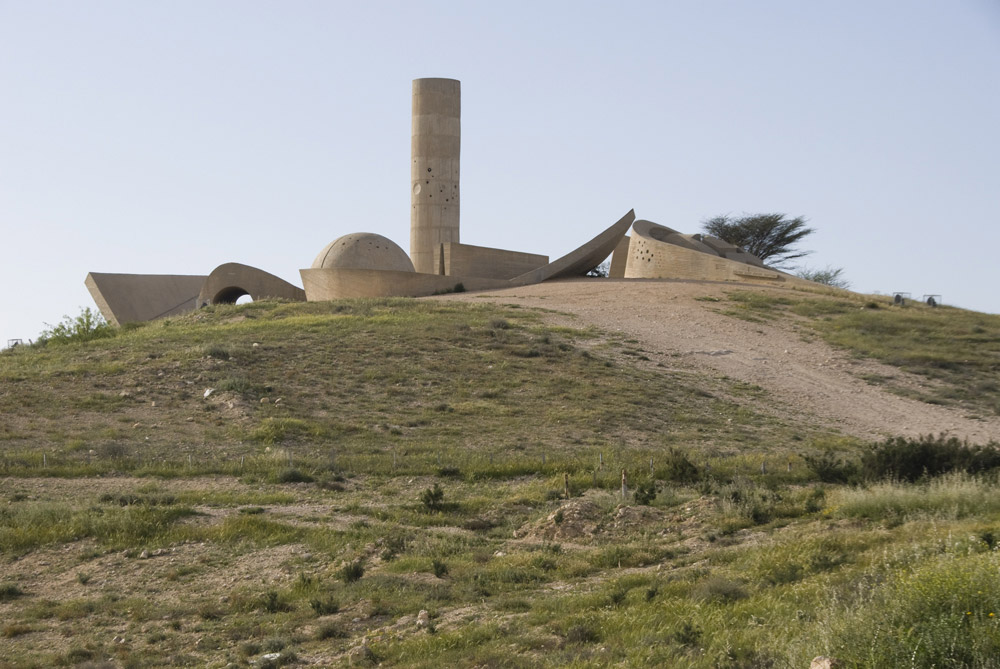 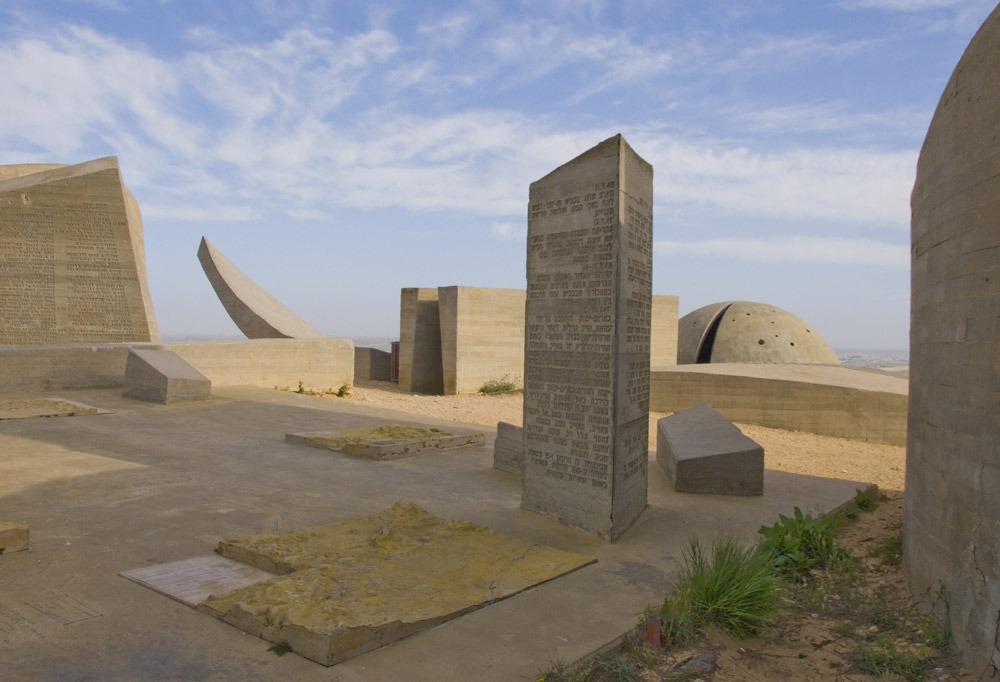 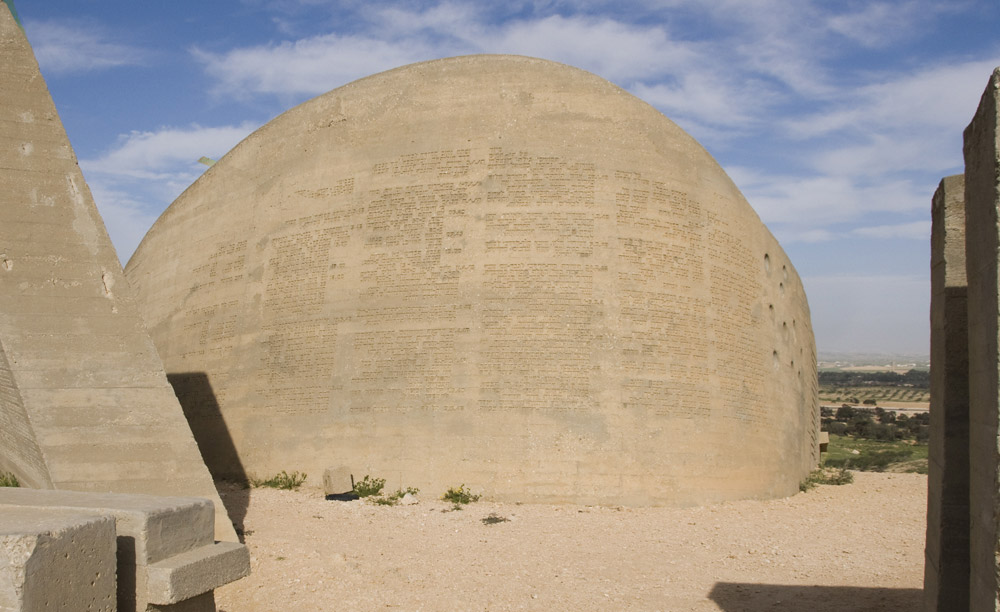 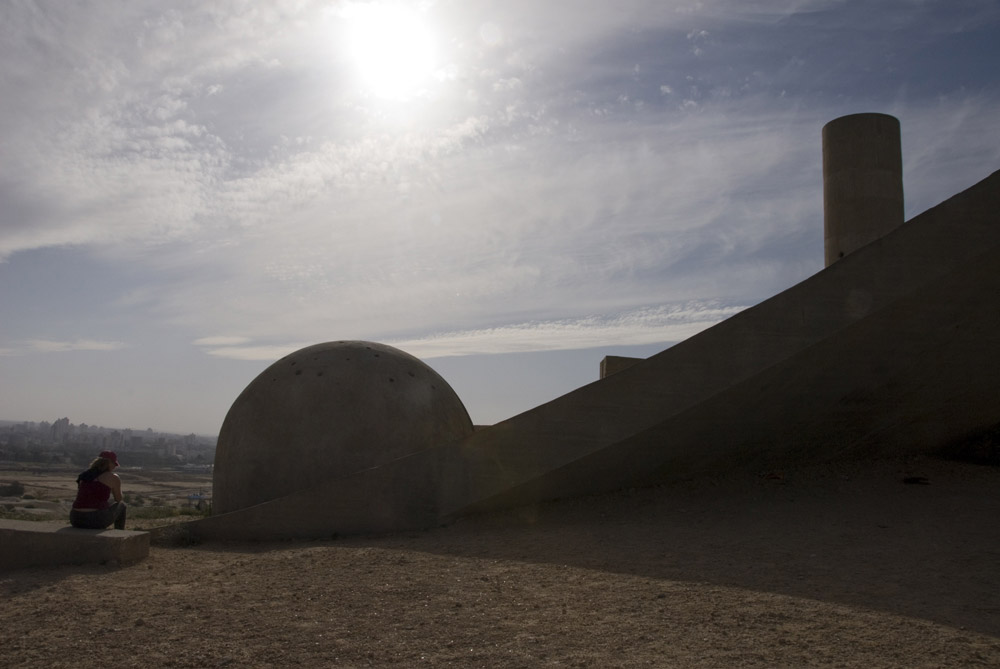 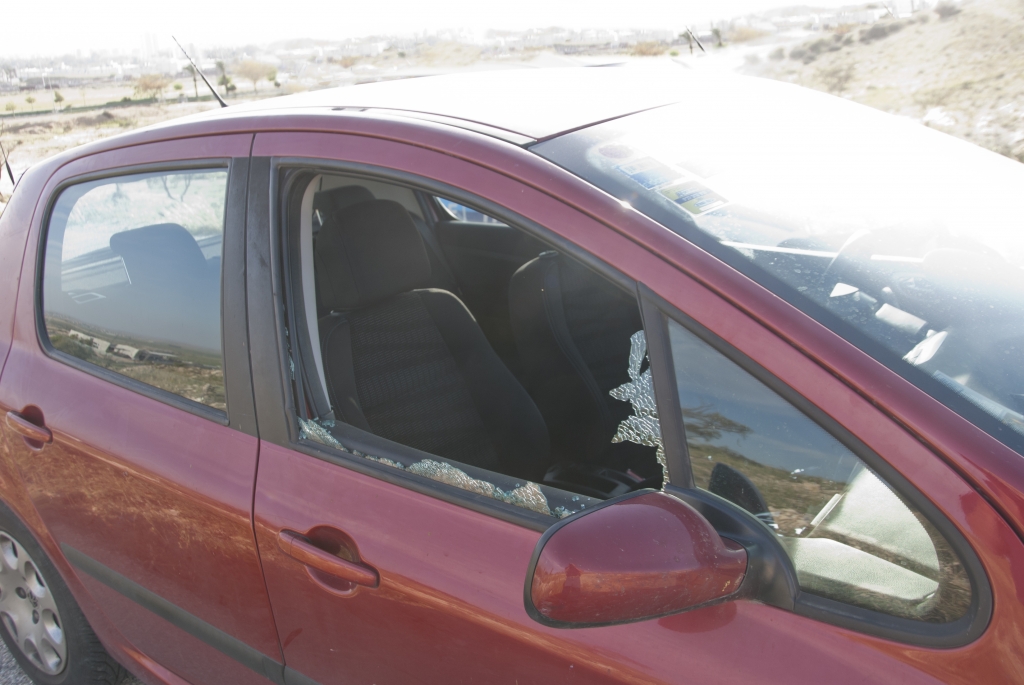 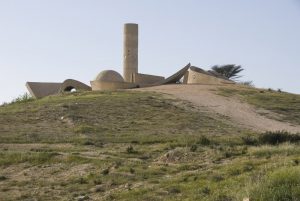 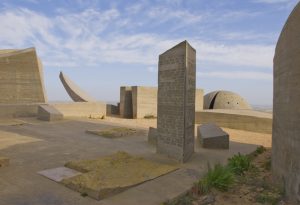 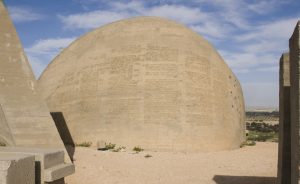 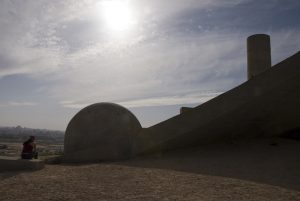 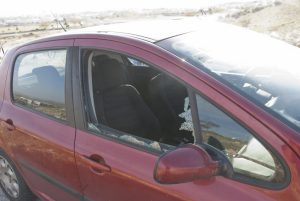 Click on image to enlarge
Description 18 elements represent the watch tower, water pipeline and other symbols of the War of Independence

Caption "The perforated tower alludes to a watch tower shelled with gunfire and the pipeline tunnel is reminiscent of the channel of water in the Negev defended by the soldiers. Engraved in the concrete are the names of the soldiers who died in the war, the badge of the Palmach, diary passages from the soldiers, the battle registry, verses, and songs."
From en.wikipedia.org/wiki/Monument_to_the_Negev_B...

We had an unpleasant experience visiting the monument. The visitor's center was closed and a gate blocked the drive about 1/4 mile from the highway, halfway to the monument. We parked and walked up and spent about an hour. When we returned to the car we found a window broken and lots of stuff gone - our GPS, purse with passport, cell phone. We called the police who arrived took a report and said that it was probably local youth who recognized us as tourists who they thought of as kind of stupid for parking where the car would be so vulnerable. Had the gate been at the highway, or at the monument, the car would not have served as a "cash cow" for locals who prey on dumb tourists.

Other References About Dani Karavan: http://www.danikaravan.com/