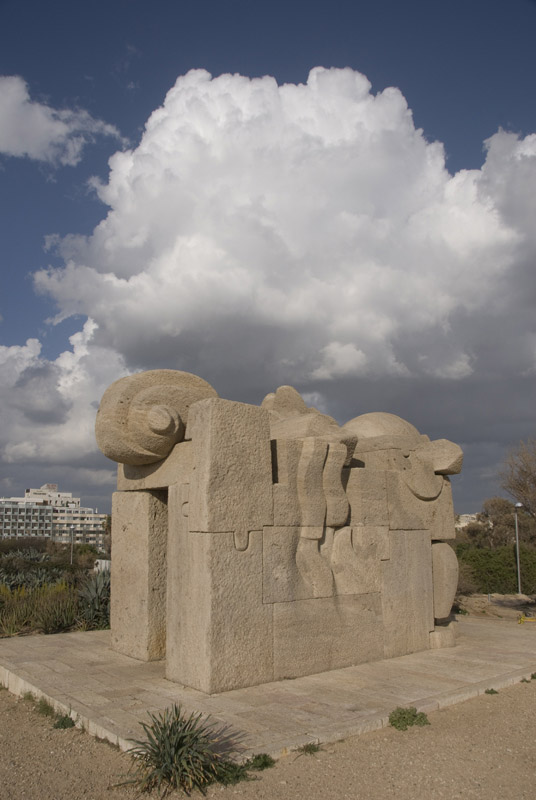 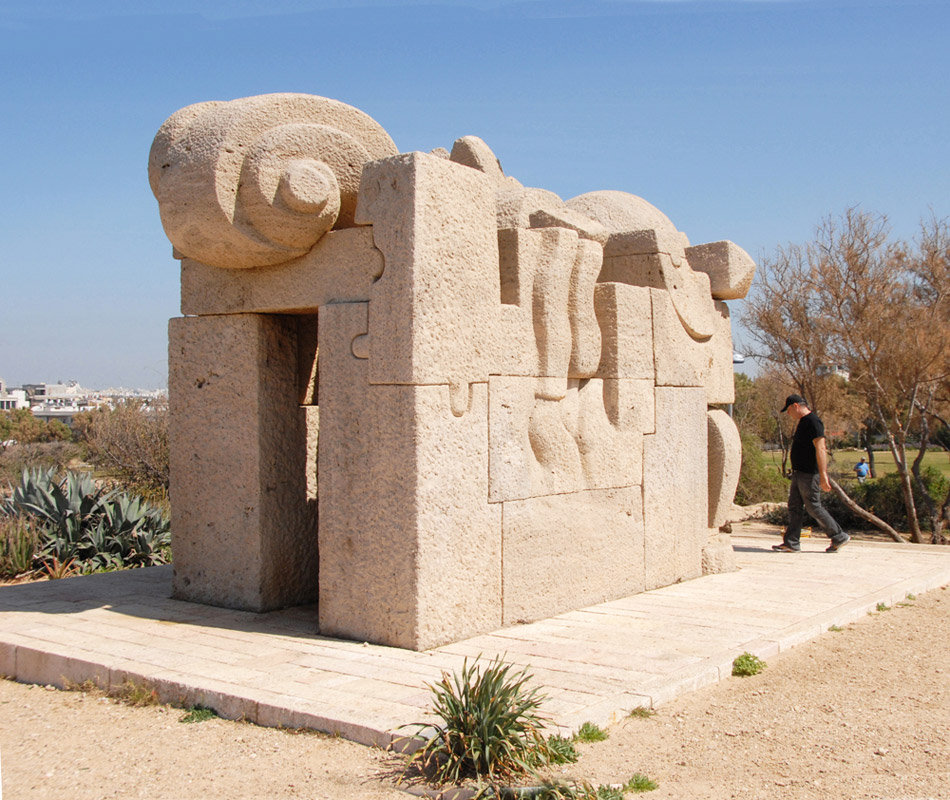 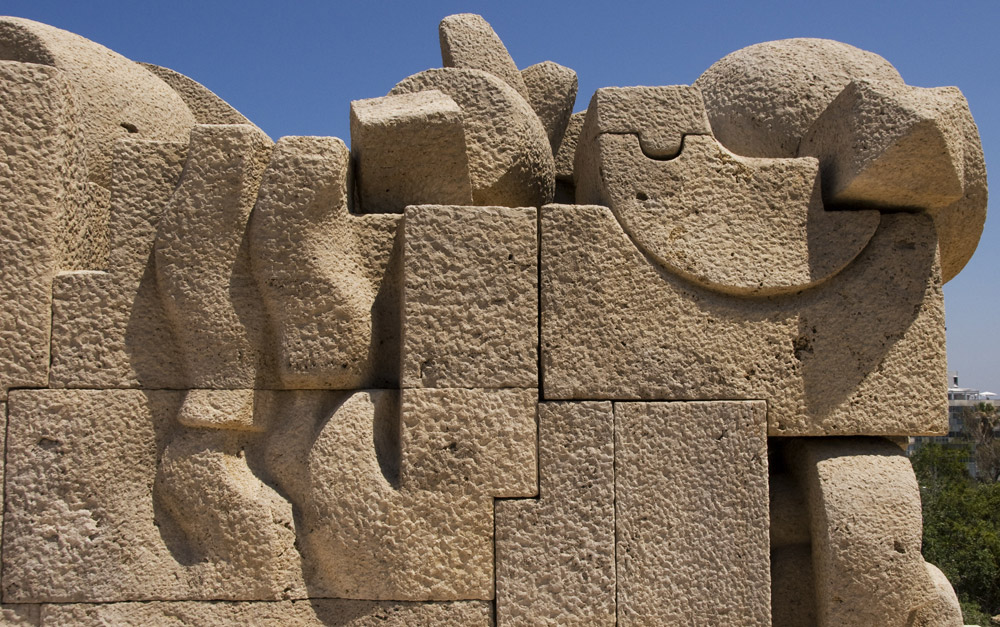 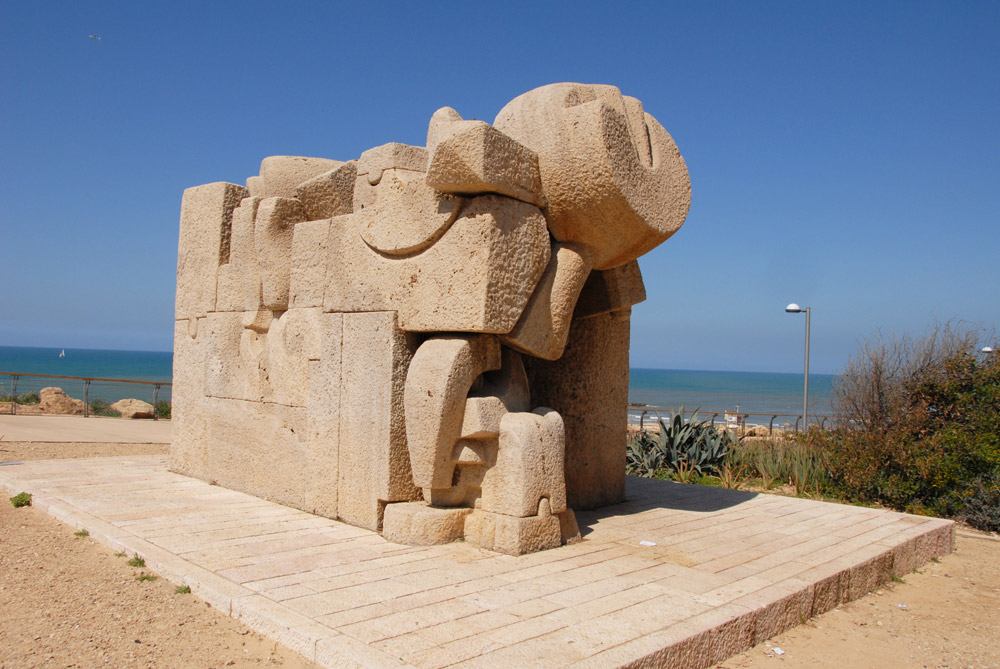 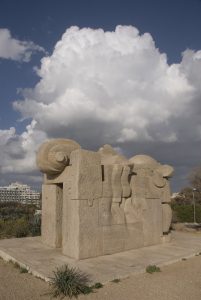 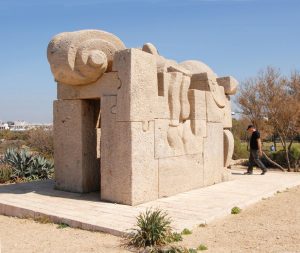 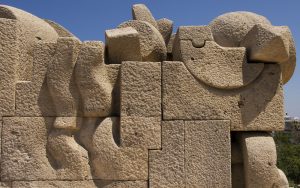 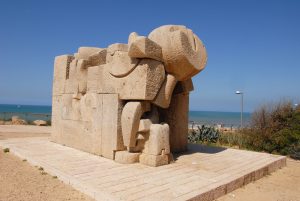 Click on image to enlarge
Description A stone temple overlooking the Medetarranian Sea
Caption The temple that looks like one of those puzzles you take apart and can not put back together. It sits on a bluff above the sea, in a park that was recently renovated. Visitors can walk through and read the inscription carved inside.

From the obituary for Pietro Cascella dated June 20, 2008, age 87:
"Pietro Cascella was born at Pescara in 1921. The chief influence on his becoming an artist was his grandfather, a noted illustrator and engraver.
In 1938 Cascella moved to Rome to study at its Academy of Fine Art. Until the mid-1950s Cascella worked principally as a ceramicist and as a painter. A key commission was that to decorate a 185 sq m ceiling at the Farnesina, the Italian Foreign Office in Rome. He credited this with helping him to appreciate the relationship between architecture and sculpture.
The turning point in his career came when he won a competition in 1957 to build a monument at Auschwitz. This eventually took ten years to complete. Bleak and elemental, it takes the form of blocks and columns on the site of the death camp’s railway station."

Other References About the artist: http://www.guardian.co.uk/culture/2008/jun/06/art.italy