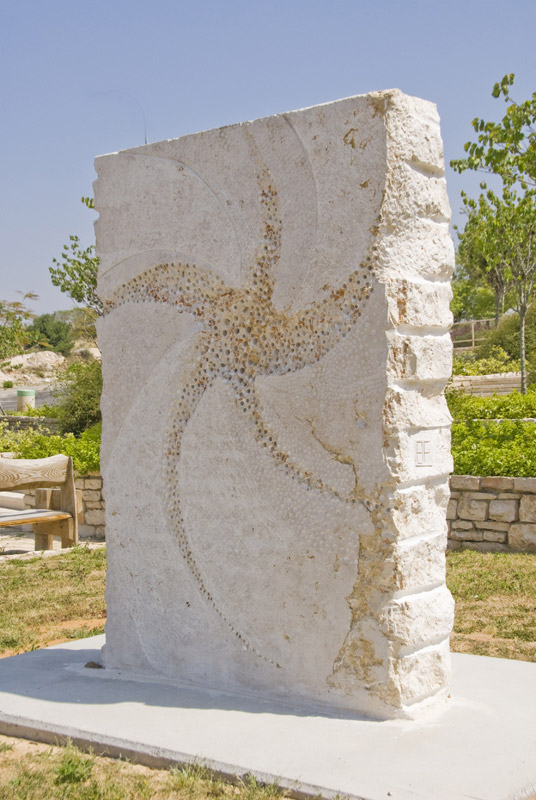 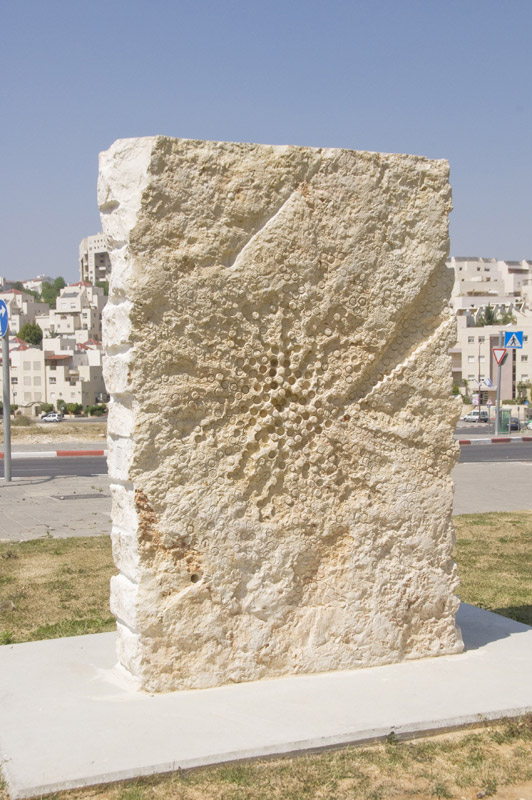 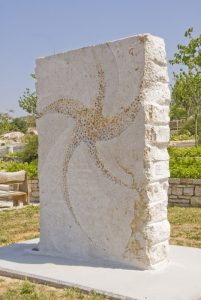 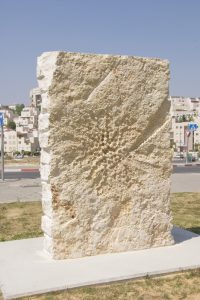 Click on image to enlarge
Description A stone mounted on the Earth that represents the universe beyond imagination
Caption "In conversation, Fink admits that his representations of the cosmos are not based on scientific facts, but evolved only from his imagination. ’Today’ he says: ‘telescopic cameras take pictures of a world where explosions occurred millions of years ago. What we see no longer exists.’ These vanished entities are represented in Fink’s works by a honeycomb of holes and spaces of differing diameters, drilled through his stone to various depths. Aside from the innovative nature of this theme, a new delicacy of touch is observed in his work. Employing a mixture of carving, drilling and dense texturing of surfaces, he has produced, where appropriate, lace-like effects resembling embroidery."
From: "Reaching for the Start", an essay by Angela Levine at www.midnighteast.com/mag/?p=2162

This sculpture is one of a dozen? located in each of the neighborhoods in Modiin that were organized by Aviva Berger.

There is a video on YouTube that shows him working and lots of his projects. (You may want to lower the volume on the sound): www.youtube.com/watch?v=WkvsEozN5KE