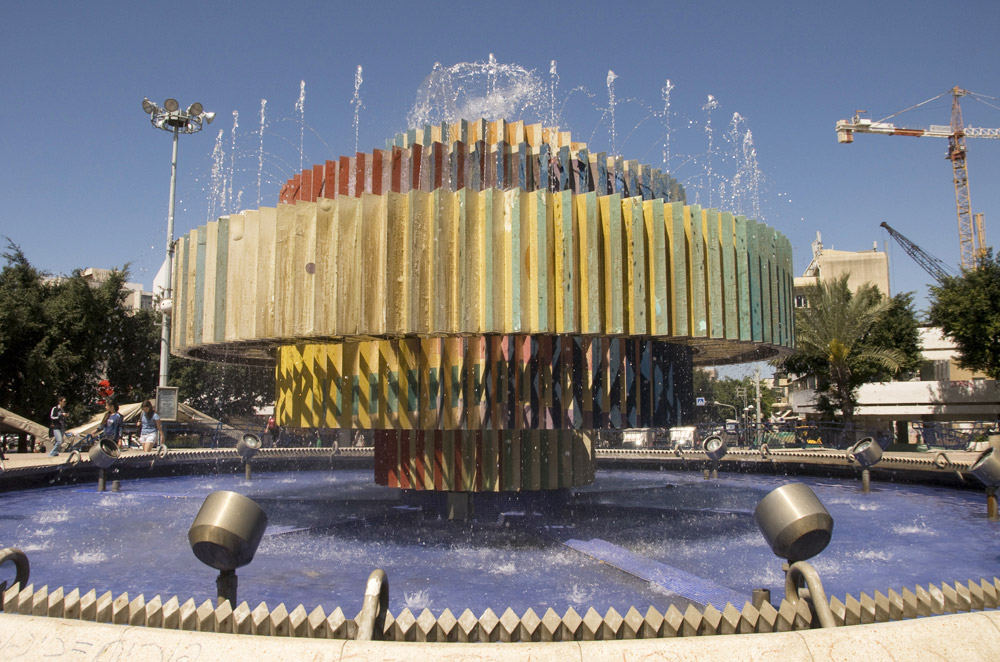 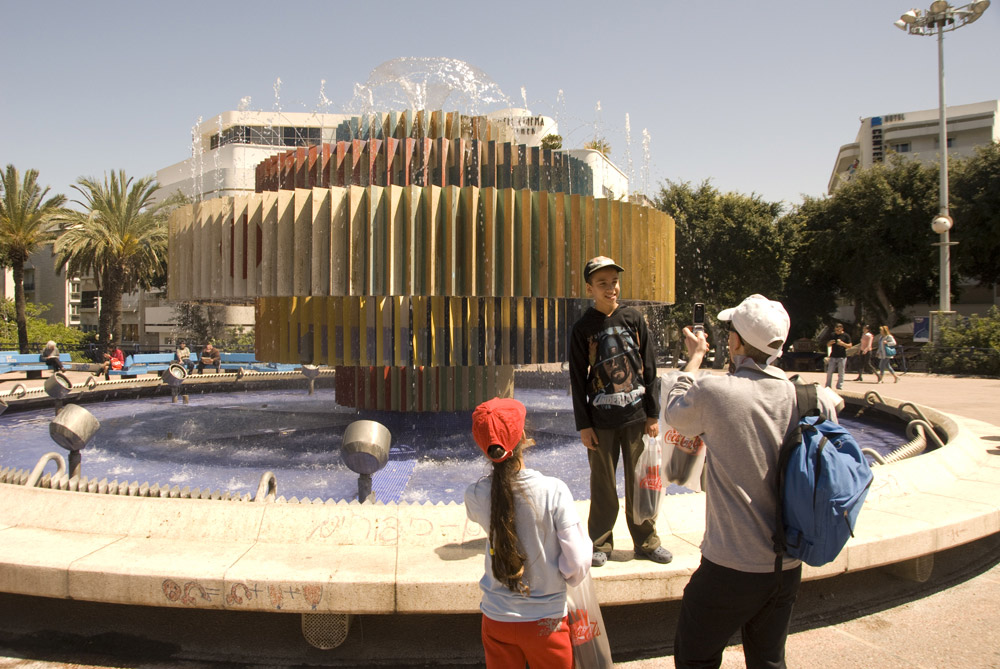 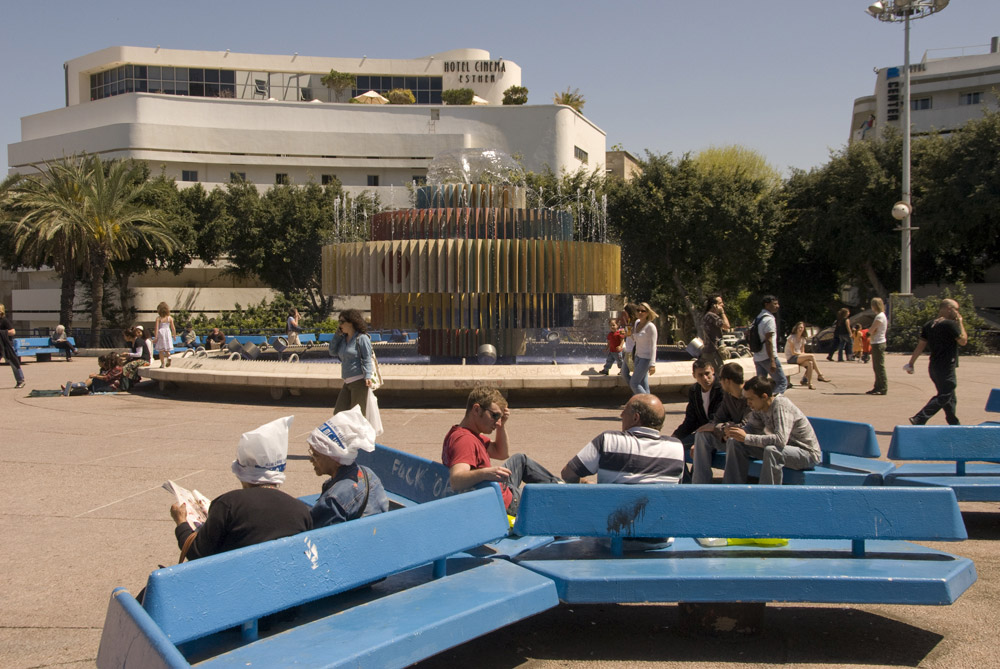 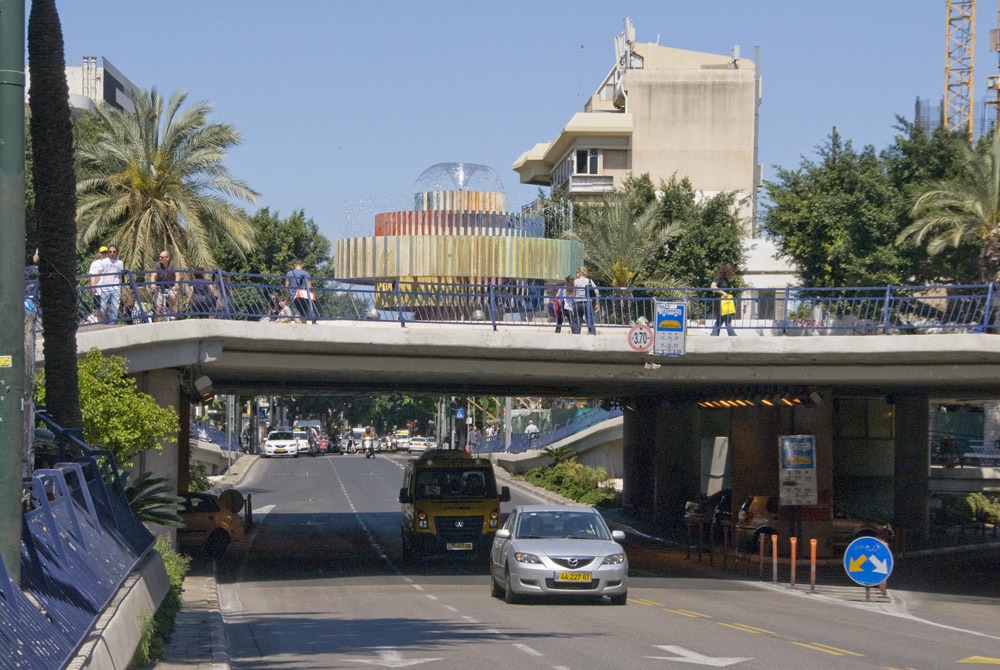 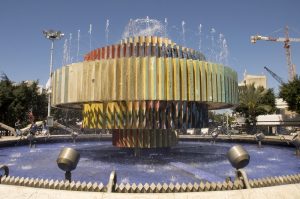 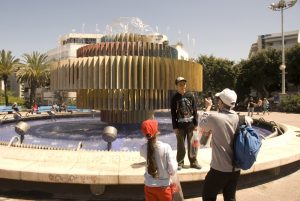 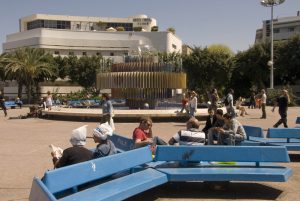 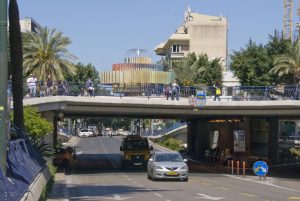 Click on image to enlarge
Description A rotating sound and light water fountain
Caption "At the center of the plaza suspended above the roadway in Dizengoff Square is a huge sculpture-fountain by Yaacov Agam named Water and Fire. Five large concentric metal rings are painted so that when the rings turn, the surfaces produce differing effects of light and color. At the same time, when everything is functioning propperly, jets of water shoot upward from the rings, and at the top of the sculpture, in the midst of the shooting water, rises a jet of flame. Music accompanies the display in a show that lasts for 20 minutes.
Agam's computerized sculpture begins to play at the beginning of each hour starting at 11am and continuing until 10pm. If you arrive a few minutes early, you may be able to get a seat on one of the benches surrounding the sculpture.
From www.frommers.com/destinations/telaviv that no longer works.

Yaakov Agam (Gipstein) was born in 1928 in Rishon LeZion, then Mandate Palestine. His father, Yehoshua Gibstein, was a rabbi and a kabbalist. He trained at the Bezalel Academy of Art and Design in Jerusalem before moving to Zurich, and then to Paris, where he still lives.
From: en.wikipedia.org/wiki/Yaacov_Agam

For more information about the sculpture: www.algemeiner.com/2012/07/23/the-relaunch-ag...

And now for something completely different - "Tel Aviv's mayor, Shlomo 'Cheech' Lahat remarked that he hoped an Iraqi missile would land on Atarim Square and destroy the thing."
For the rest of his comments: www.haaretz.com/hasen/spages/930358.html...