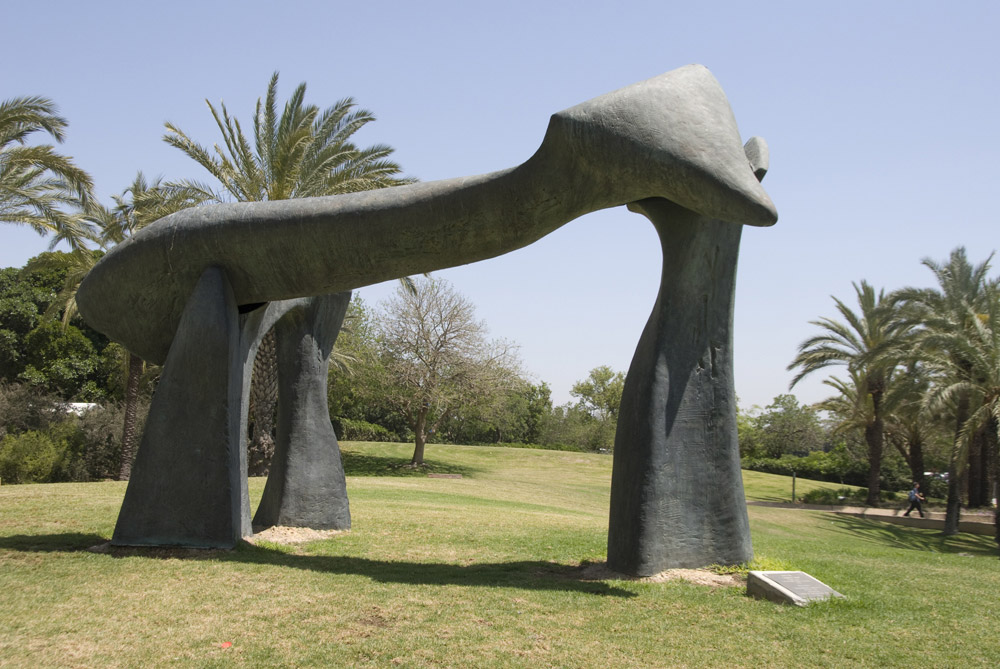 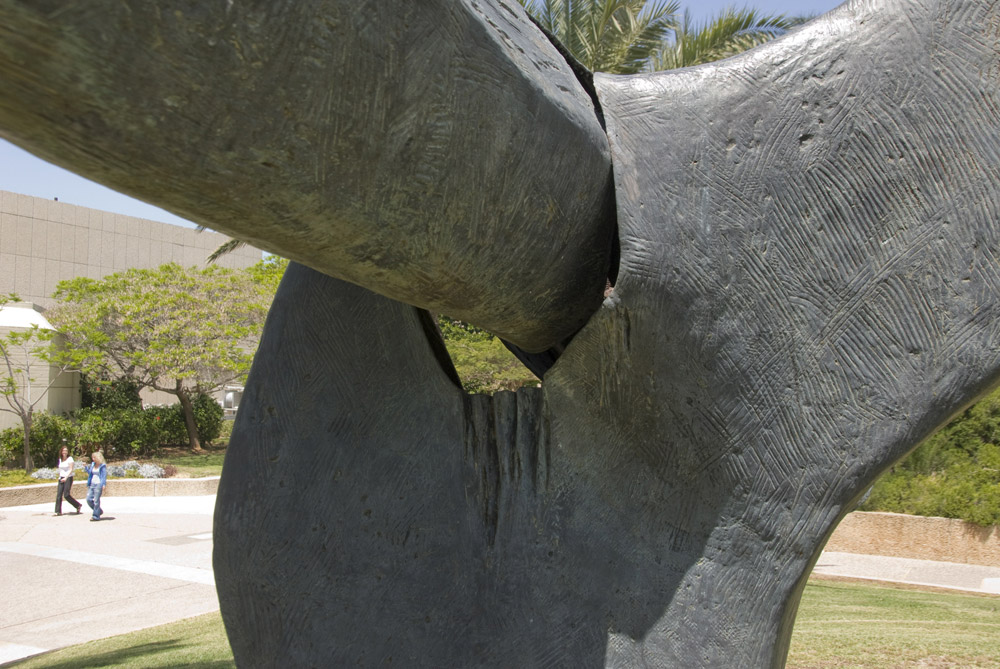 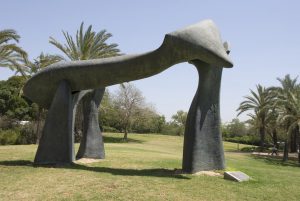 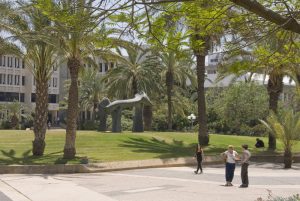 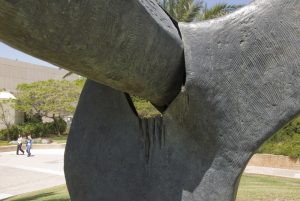 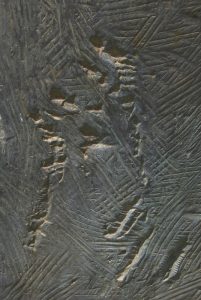 Click on image to enlarge
Description An arrangement of "bones" by an artist who studied medicine, archaeology and anthropology
Caption The sculptor Eli Ilan told a story about standing on a cliff as a child and watched terrified as lions approached. He had nowhere to go, and suddenly a bird swooped down and carried him off to safety. That may explain why birds have always played an important part in his work.

Eli Schulbaum was born in Winnipeg Canada in 1928 and, like several of his friends, enrolled in a premedical curriculum at the University of British Columbia  in Vancouver. He emigrated to Israel in 1948 when he was twenty in part  because of the anti-Semitism and the quota that limited the number of Jewish  students allowed to enter medical school.

He was scheduled to arrive on May 14th, 1948, the day Independence was  announced, but his ship was stopped by the Lebanese Navy and all males were arrested and put into detention camps for six weeks. Finally released, he  arrived in Israel, changed his name to Ilan, was immediately drafted into the Army because Israel was under attack by its Arab neighbors.

He was posted to Kibbutz Sasa, near Safed, and when the War of  Independence ended decided to stay there, continuing to work in the fields. He  began to attend lectures about on Jewish History and archaeology appreciate  the beauty of objects dug up from ancient settlements. Soon he began to draw  and then carve and realized that he really wanted to work in stone.

Despite that, and needing any kind of job he applied to be a police investigator and was chosen to return to Canada to study criminal investigation with the Royal Canadian Mounted Police. He learned to work with bones and identify skeletal remains and then his life swerved again and he applied to the Ontario  College of Art in Toronto to study sculpture.

Three years later he returned to his job with the police in Israel, again working  with skeletal remains. It was during this time that he was able to identity  Adolph Eichmann from photographs and that led to the Nazi criminal’s trial.

Now working full time he continued to pursue his interest in sculpture for several years. Finally he made the decision to give up his job and set up a studio near other artists in Jaffa. His life as an artist continued to be difficult.

Edited from the book “Sculptures of Eli Ilan” by Mendel Kohansky, published by the O’Hana Gallery in London in 1974. Used copies of the book are available
from: [http://www.alibris.com/Sculptures-of-Eli-Ilan-Eli-Ilan/book/5947839]

The sculpture was donated to the Univesity by Shirley and Leslie Porter.