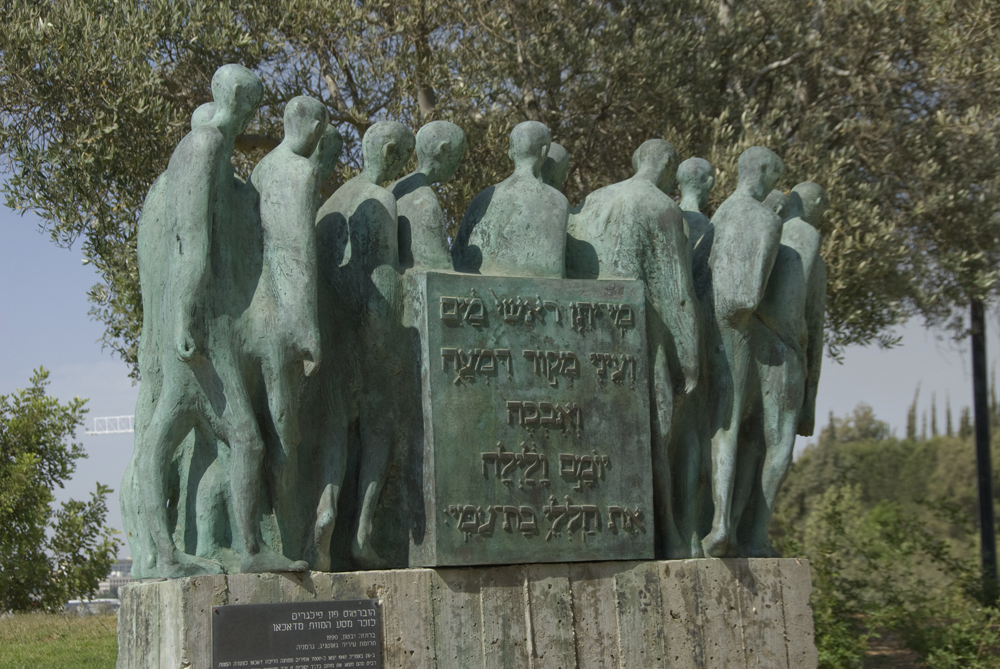 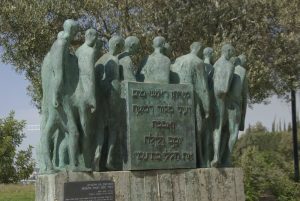 Click on image to enlarge
Description One of nine idententical sculptures that mark the path of the death march
Caption "On April 26, 1945 about 7,000 prisoners were also sent from the main camp at Dachau on a march south. The memorial commemorating the death marches, which stands in the Theodor-Heuss-Strasse at the John F. Kennedy Square in Dachau, and of which a copy can be found in the exhibition of the memorial site, has been erected in over 20 locations along the routes of the death marches."
From:  http://www.kz-gedenkstaette-dachau.de/vicinity_memorialdeathmarches.html

Other References For more information about the artist:
https://en.wikipedia.org/wiki/Hubertus_von_Pilgrim