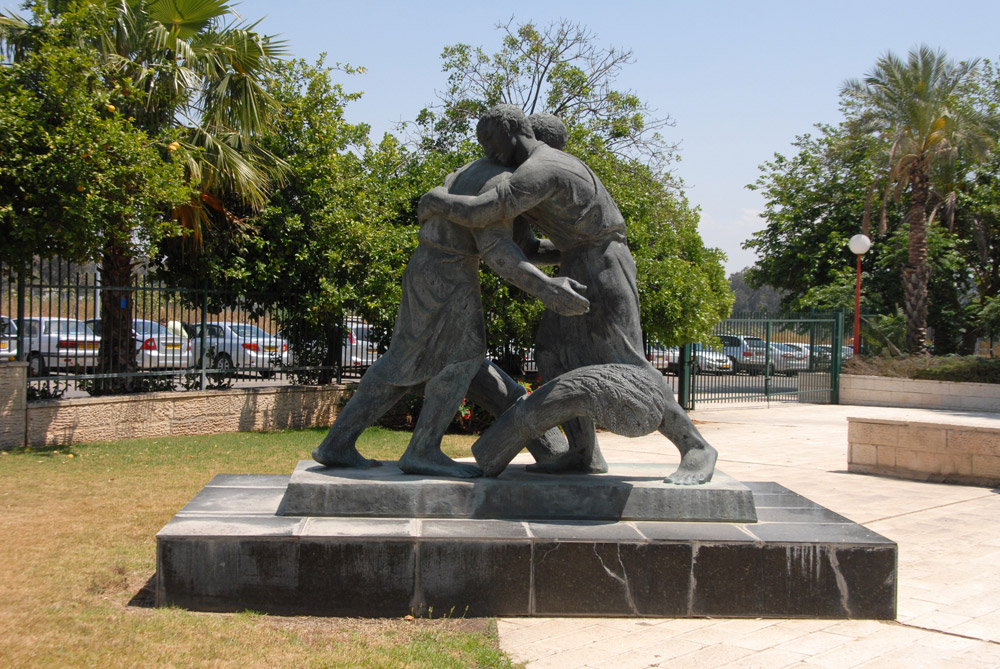 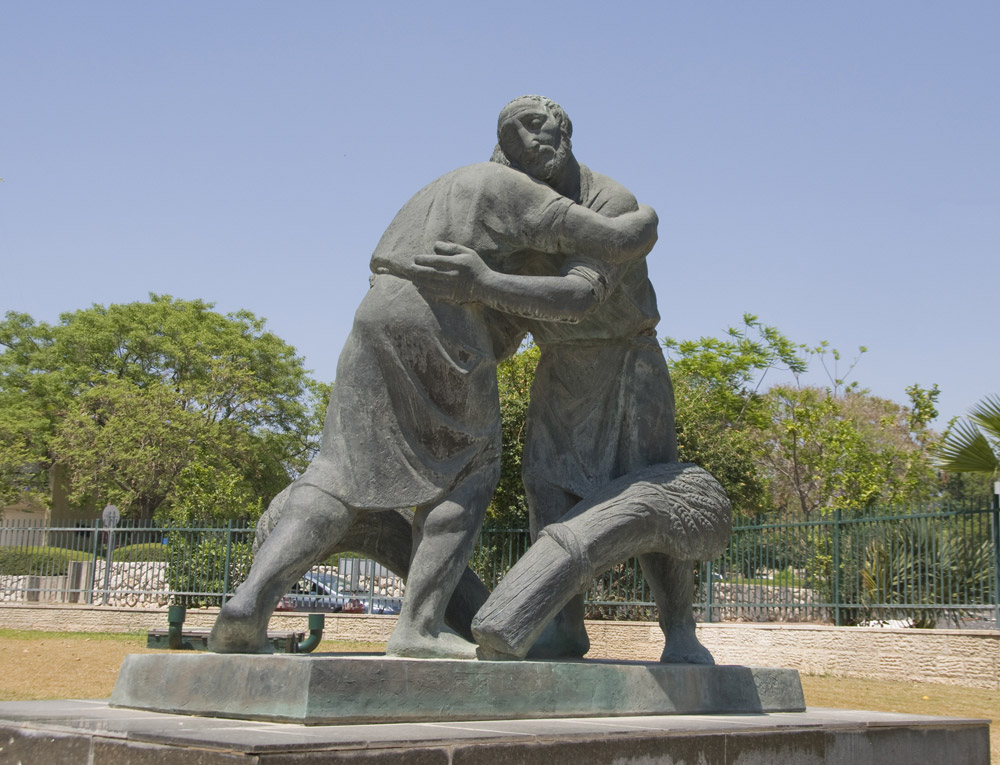 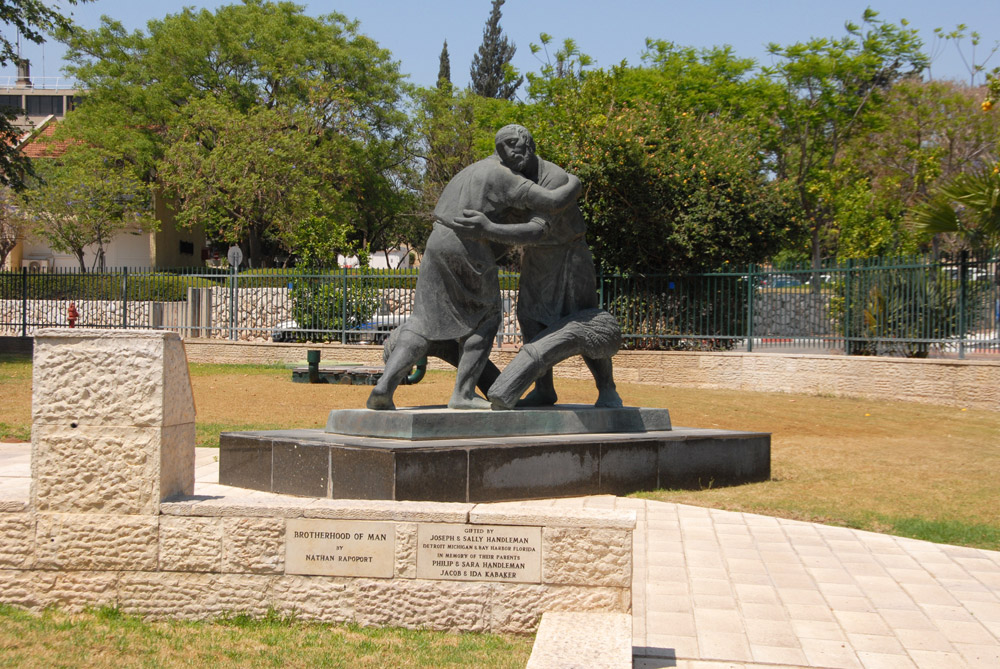 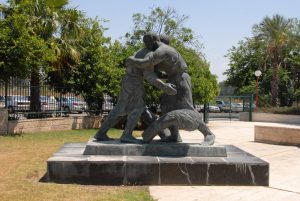 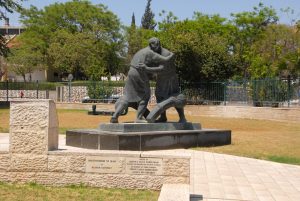 Click on image to enlarge
Description Two burly figures fighting, or hugging
Caption "Nathan Rapoport (1911-1987), who is also known as Natan Rapoport, was a Jewish sculptor who was born in Warsaw, Poland. His middle name may be rendered in English as either Yaakov or Jacob. In 1936, he won a scholarship to study in France and Italy. He fled to the Soviet Union when the Nazis invaded Poland. The Soviets initially provided him with a studio, but later compelled him to work as a manual laborer. After the end of hostilities, he returned to Poland to study at the Warsaw Academy of Fine Arts. In 1950, Rapoport immigrated to the United States, where he lived in New York until his death in 1987. His sculptures in public places include:
* Liberation (Holocaust Memorial) Liberty State Park, Jersey City, New Jersey
* The Wall of Remembrance (Warsaw Ghetto Memorial), in Warsaw, Poland.
* Monument to Mordechai Anilewicz at Kibbutz Yad Mordechai, Israel
* The Last March, bronze sculpture in Yad Vashem, Jerusalem, Israel
* The Warsaw Ghetto Uprising, bronze sculpture in Yad Vashem, Jerusalem, Israel
* Philadelphia Holocaust Memorial at Benjamin Franklin Parkway, Philadelphia, PA."
From: en.wikipedia.org/wiki/Nathan_Rapoport

Note: The artist's name is spelled several different ways. His signature on the "Brotherhood of Man" is "Natan Rapoport", and in other places is written Nathan Rappaport, or Nathan Rappoport.