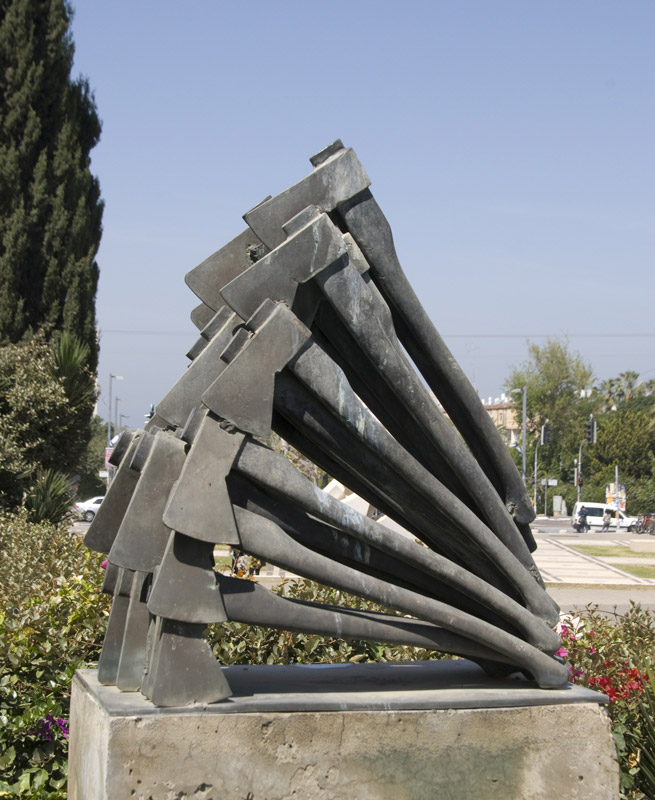 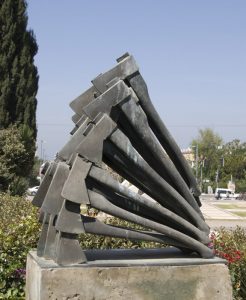 Click on image to enlarge
Description An animated sequence of falling axes, or perhaps a stack of discarded weapons, turned into sculpture
Caption "Arman (November 17, 1928 - October 22, 2005) was a French artist. Born Armand Pierre Fernandez in Nice, France, Arman is a painter who moved from using objects as paintbrushes ("allures d'objet") to using them as the painting itself. He is best known for his ‘accumulations’ and destruction/recomposition of objects.

From 1959-1962 Arman developed his most recognizable style, beginning with his two most renowned concepts: ‘Accumulation’ and ‘Poubelle’. Accumulations were collections of common and identical objects which he arranged in polyester castings or within Plexiglas cases. His first welded accumulations were created in 1962."

The sculpture was donated to the university by Reto and Marca Leggia in memory of Martin Shoenmann.

Other References About the artist: http://en.wikipedia.org/wiki/Arman