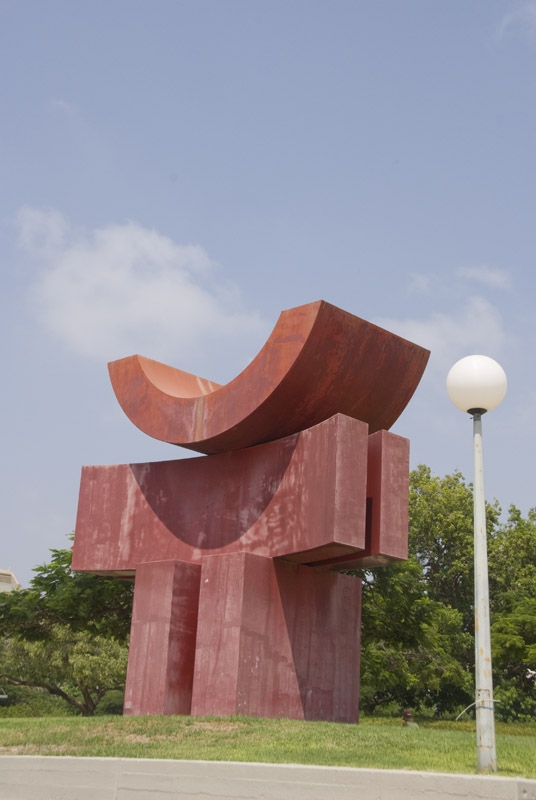 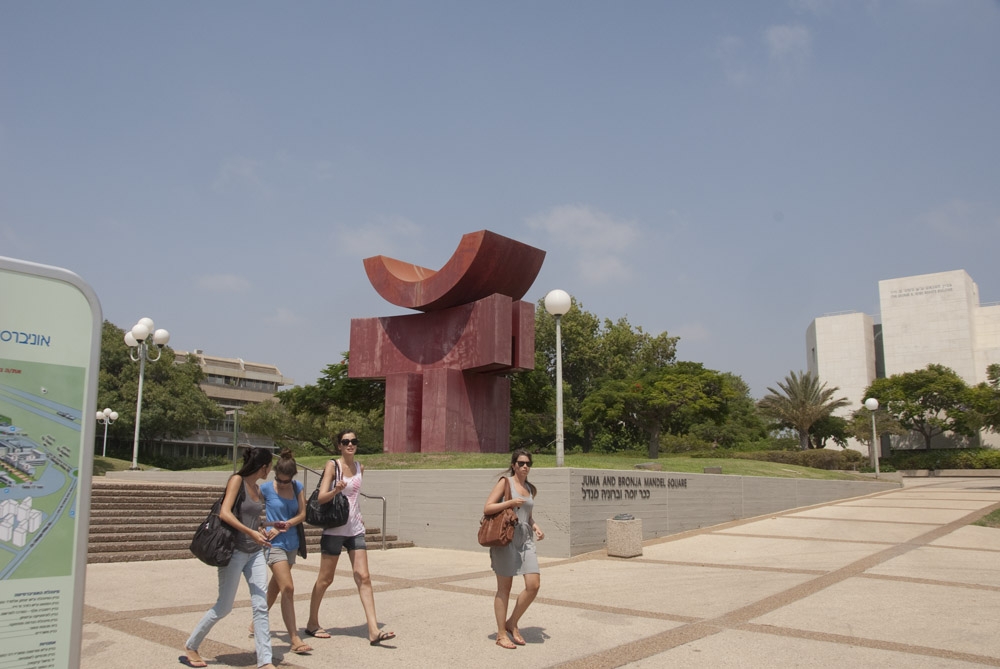 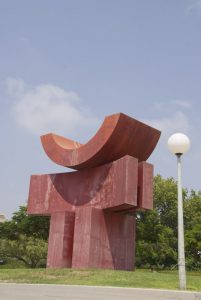 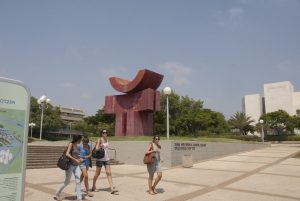 Click on image to enlarge
Description An iconic sentry at a gate to the University
Caption "Bernard Schottlander (1924–1999) was a British, Germany born, designer and sculptor.Schottlander was born in 1924 in Mainz and came as a Jewish refugee to Leeds in 1939. He was a welder and plater and attented evening classes sculpture at Leeds School of Art. From 1949 - 1951 he studied industrial design at the Central School of Arts and Crafts. From 1965 on he taught at Central Saint Martins in London.

Schottlander became a full time sculptor in 1963 and had his first solo exhibition in 1966 at the Hamilton Galleries. He lived in Oxfordshire.'Sculpture is the art of silence, of objects that must speak for themselves'"
From: https://en.wikipedia.org/wiki/Bernard_Schottlander

The sculpture was donated to the Universithy by Dr. Arthur Sackler, Dr. Mortimer Sackler and Dr. Raymond Sackler.

Other References About the artist: http://arts.brighton.ac.uk/collections/design-archives/...