Woman with Sphere and Pyramid 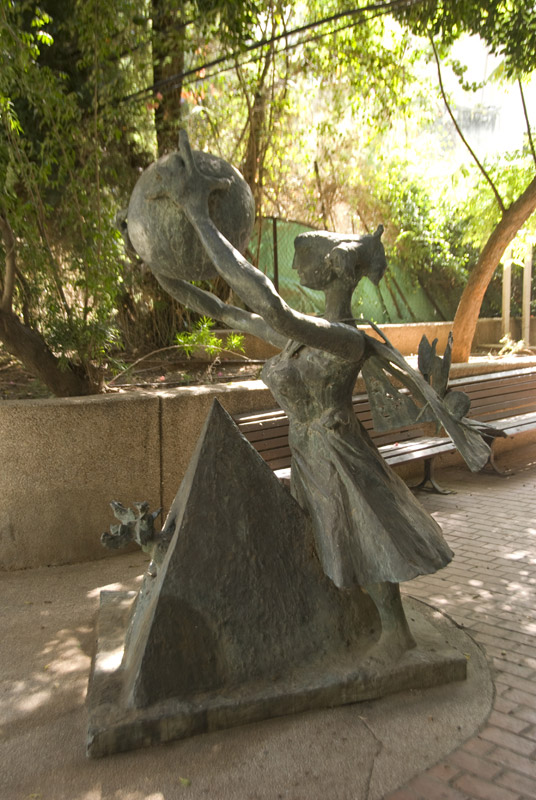 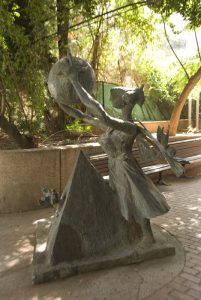 Click on image to enlarge
Description This is a charming sculpture of a girl with a cape holding ball above a pyramid in a very well concealed sun dappled garden that is popular with ferel cats
Caption "Bernard Reder (Born 29 June 1897 – Died 7 September 1963) was an artist, sculptor, etcher, engraver and architect, born in Czernowitz, Bukovina, part of Austria before World War II and a centre of Jewish and Hasidic culture. His subjects were drawn from Jewish folklore, from Greek mythology, the Bible, and  François Rabelais. Reder is quoted as having said, "We were born already drunk with fantasy", referring to his early life in Bukovina. The son of a Jewish innkeeper, at 17 he was conscripted into the Austrian army and spent World War I in the trenches. He went on to study at the Academy of Fine Arts in Prague."
To read the complete biography go to Wikipedia at: en.wikipedia.org/wiki/Bernard_Reder

There is a longer biography at: www.moma.org/artists/4837