Woman Against the Wind 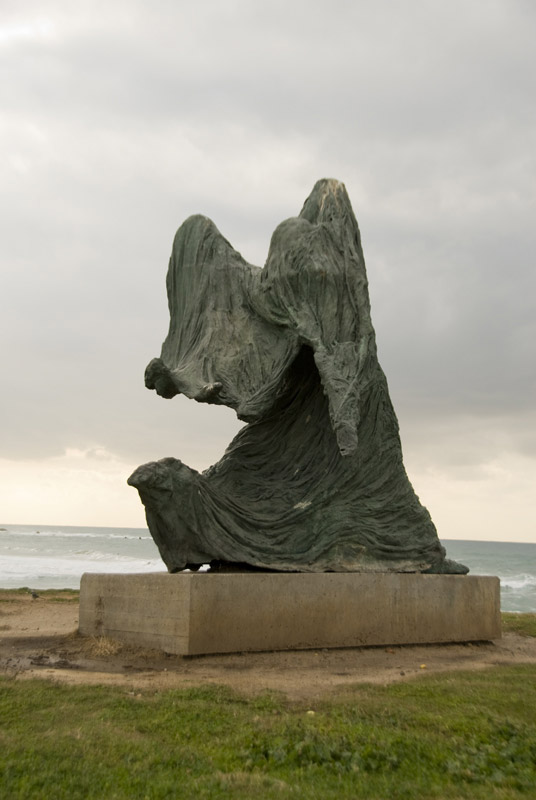 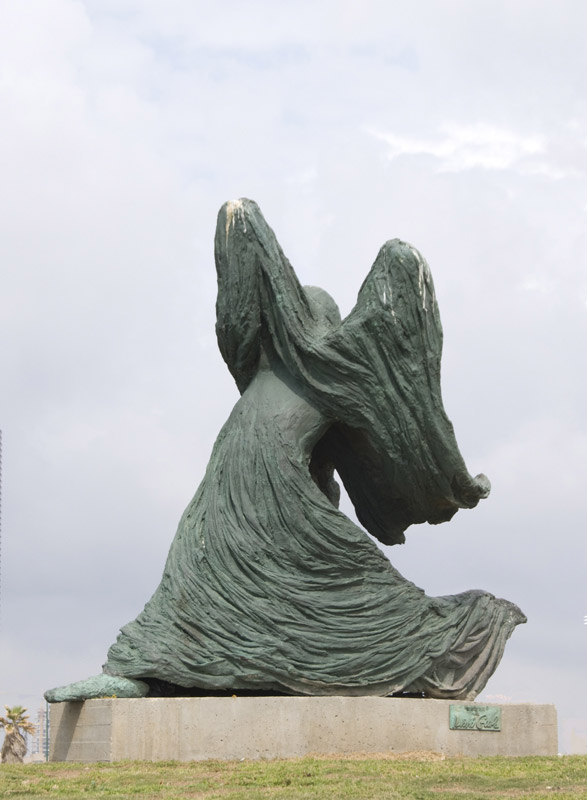 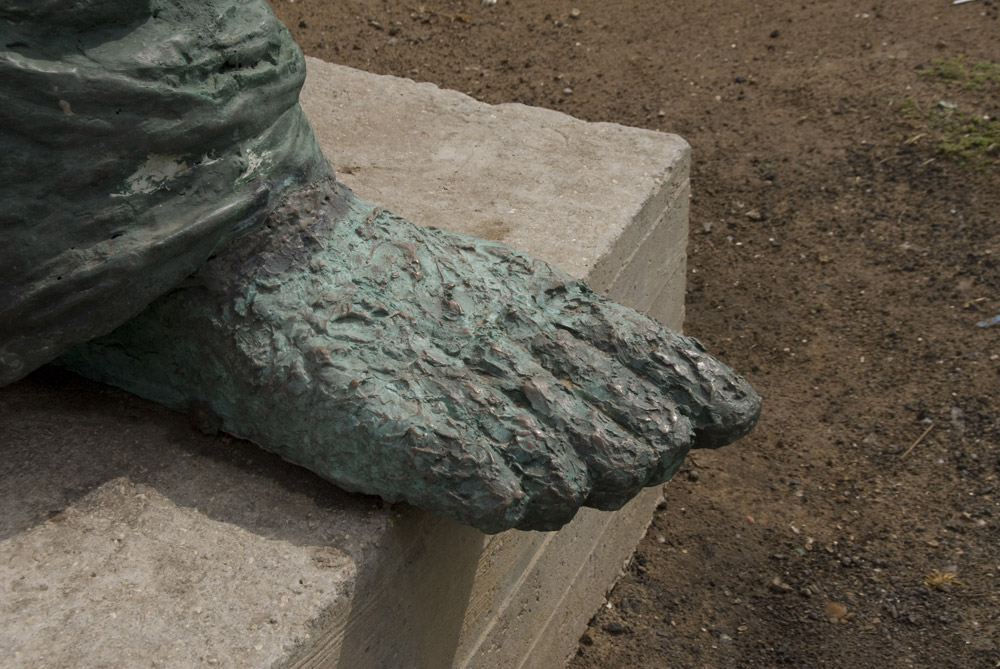 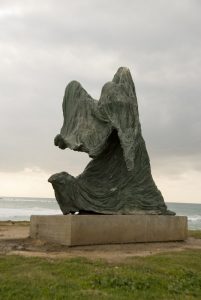 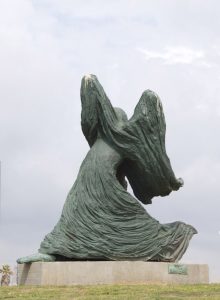 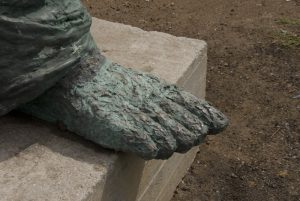 Click on image to enlarge
Description A dynamic bronze angel engaging the Mediterranean Sea
Caption "Ilana is blessed with wonderful genes: her grandmother was a concert pianist who played for the Tsar in Russia. Her grandfather was an active Zionist in Russia, co-founded the Bezalel Art School in Jerusalem, and also painted and sculpted professionally. Ilana Goor was born in Tiberias and although she never studied art formally, her art and technique developed into an independent, uncompromising style combining strength and emotion. She began sculpting in the late 60's and her statues were installed in the Yad Vashem Memorial Museum in Jerusalem, and in many outdoor settings in Tel-Aviv, Haifa, and other cities."
From the artist's web site