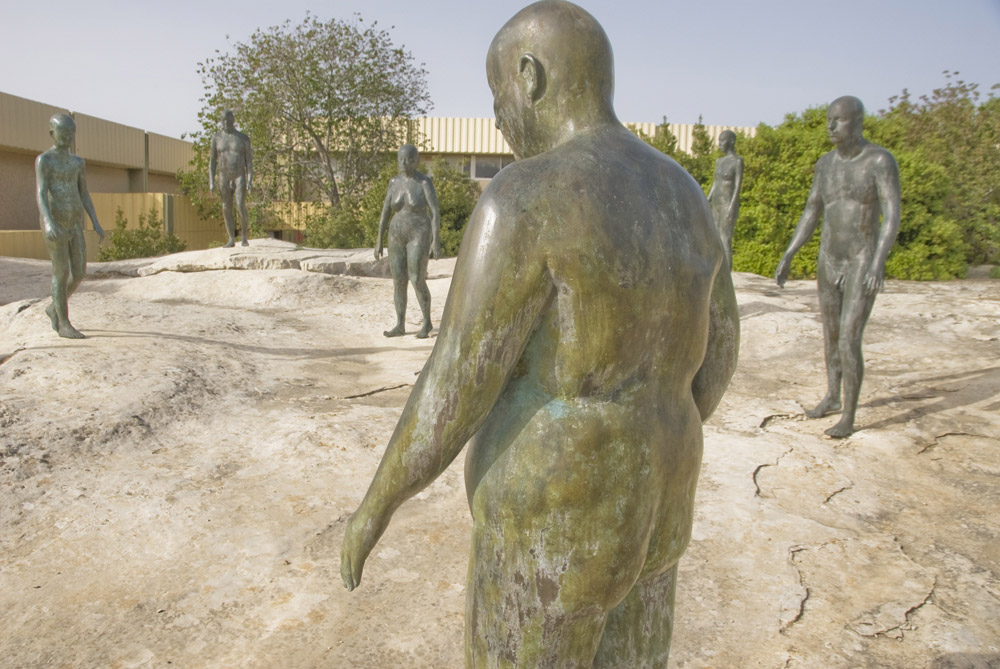 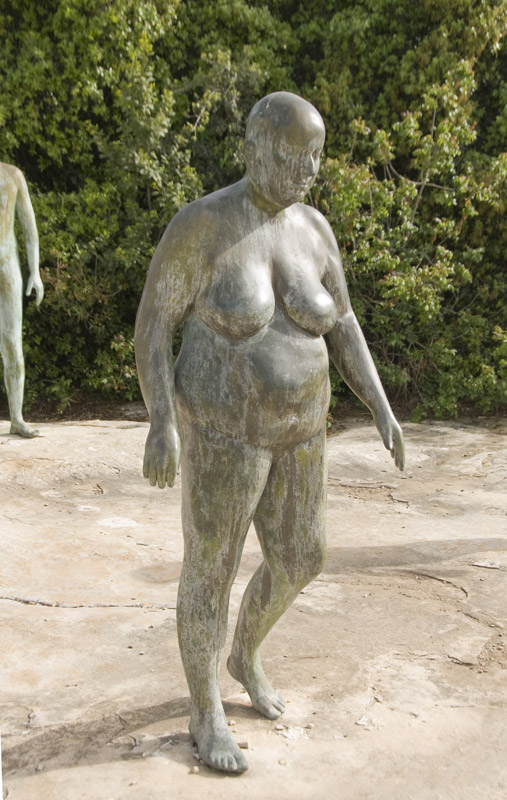 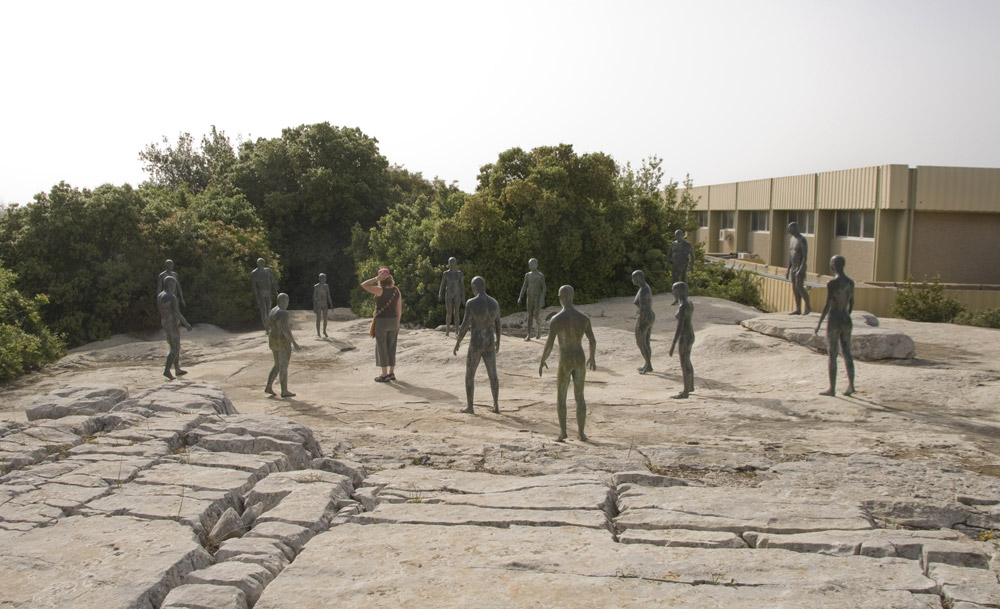 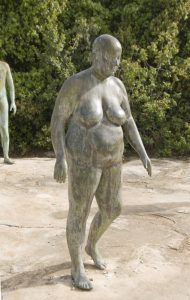 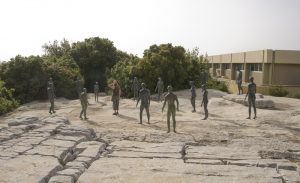 Click on image to enlarge
Description A gathering of 15 bronze people engaged in some sort of activity
Caption "A visit to Ofra Zimbalista's studio is like peeping into someone else's dream, a visit in a fantastic, fictional space, somewhere outside of reality - the last thing you would expect to happen to you in Ashdod. The elevator door opens and you are sucked into a dreamlike surrealistic narrative, as if you've come upon a reunion of blue humanoid creatures whose actions and body movements have been interrupted in mid-sentence. One sits and another plays music, one greets you and another hovers, one revels and another collapses, one stares and another blows a trumpet, one stands on crutches and another drums. It's clear that something has happened here, that each of these figures has a role in some play, circus or procession, but it's also clear that something has gone wrong, or perhaps has never taken place. Is this just a rehearsal, and the real performance is to occur somewhere else? Have I found my way to behind the scenes? Or to where the stage sets are stored? Will the figures start speaking again the moment I leave?"
By Tami Katz-Freiman from: www.ofra-zimbalista.co.il/text.asp?textId=76...

For a tribute to the artist by Ruthi Ofek, curator at The Open Museum - Tefen: www.omuseums.org.il/eng/mmt_art_gallery/Art_G...

Other References For the artist's web site go to: http://www.ofra-zimbalista.co.il
And for more information about The Open Museums:[http://www.omuseums.org.il/eng/About_the_Open_Museums]