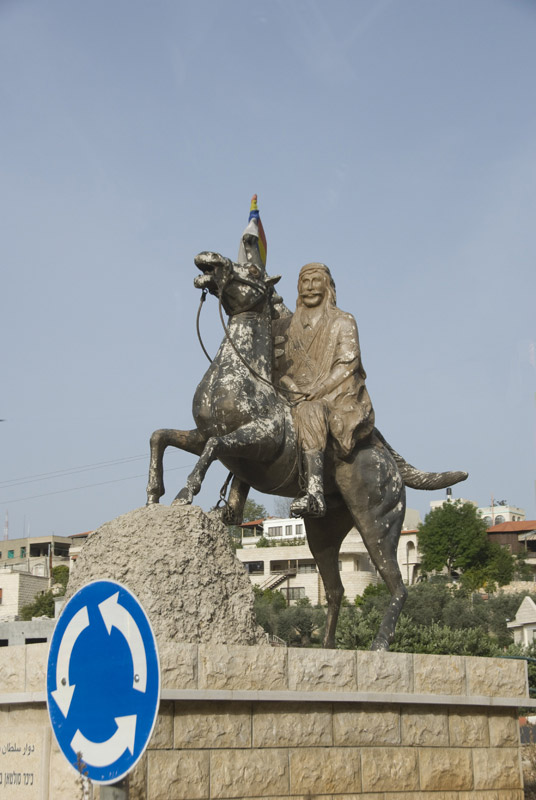 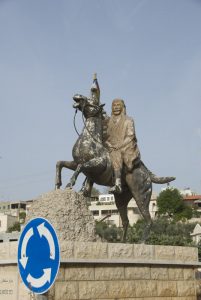 Click on image to enlarge
Description An equestrian statue
Caption Sultan al-Atrash, (March 5, 1891 – March 26, 1982) (Arabic: Ø³Ù„Ø·Ø§Ù† Ø§Ù„Ø£Ø·Ø±Ø´‎‎), commonly known as Sultan Pasha al-Atrash (Arabic: Ø³Ù„Ø·Ø§Ù† Ø¨Ø§Ø´Ø§ Ø§Ù„Ø£Ø·Ø±Ø´‎‎) was a prominent Arab Druze leader, Syrian nationalist and Commander General of the Syrian Revolution (1925–27). He fought against the Ottomans, French, and even against the Syrian government in its days of dictatorship. One of the most influential figures in Syrian and Druze history, he played a major role in deciding the destiny of Jabal al-Druze and of Syria in general.
From: en.wikipedia.org/wiki/Sultan_al-Atrash...