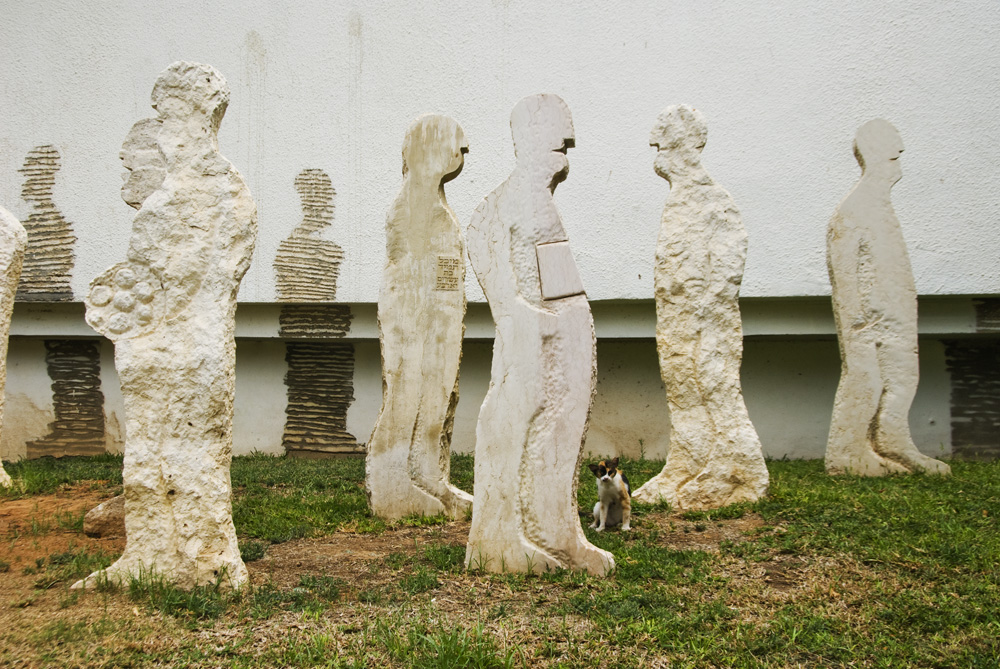 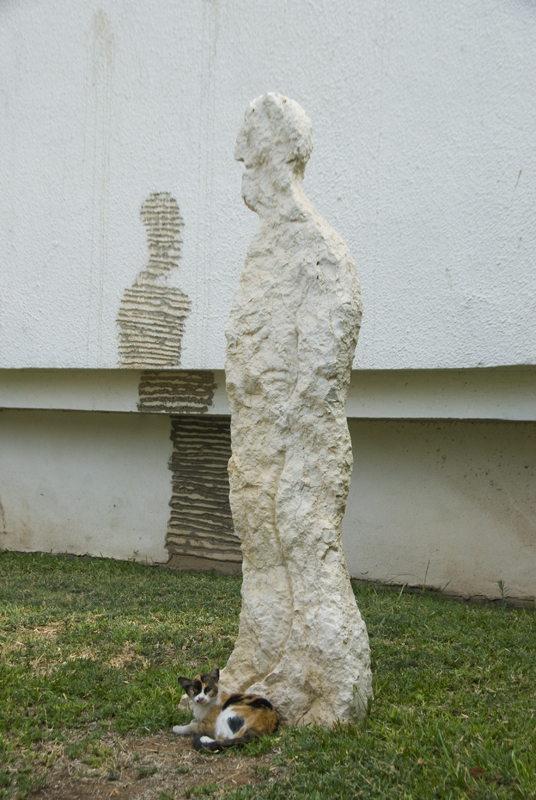 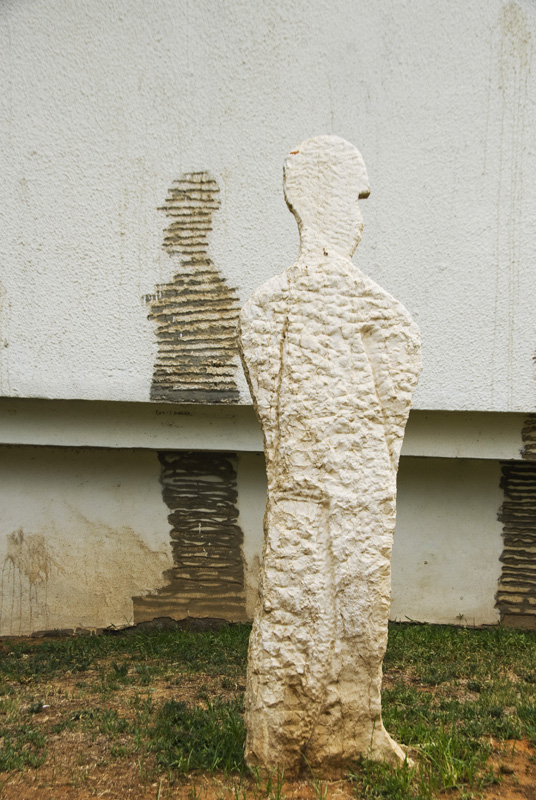 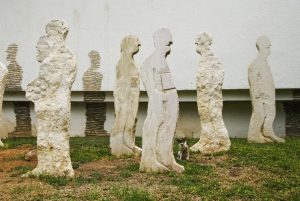 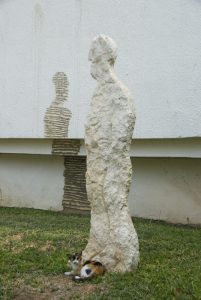 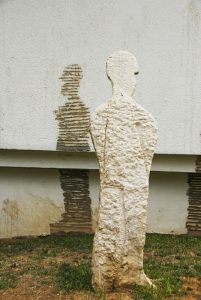 Click on image to enlarge
Description The sculpture that encourages a thoughtful response is about time and perception
Caption "The sculpture is about memories controlling our lives, helping to understand the meaning and definition of relation versus time. Within every group of nameless and ageless passers-by there is always ONE that 'belongs' to us, the one who touches our soul like no one else in that group. The one whose human image accompanies us forever. The 7 stone human profiles, faceless shadow-like figures, in different shades of stones, are 190 cm tall, one of them is painted gold. The golden figure has an inscription: 'MICHAL IS ALWAYS 24 YEARS OLD.' Additional shadows are the 'stone shadows' engraved on the wall behind the figures. One additional stone 'human shadow' sits on the garden's boundary wall, in a contemplating stance, with an offering on its lap.
The sculpture is a memorial to Michal Lapid-Dorban (1960 - 1984) donated to the city of Tel Aviv by her family."
This statement from the artist's web site no longer works, which consiering the theme of the project is perfect! You can try - perhaps in the future it will open: www.art-sionashimshi.com/art/maree.htm

Shimshi was born in Tel Aviv, to Haya Rivka (Kuklanski) and Avraham Shimshi, who had immigrated to Mandate Palestine from Lithuania in 1933. She married Jachin Hirsch, an Israeli filmmaker, in 1961. She studied at the Avni Institute in Tel Aviv from 1956–59, with Avigdor Stematsky, Yehezkel Streichman, and Moshe Mokady. She also studied ceramics at Alfred University in New York, from 1959–62, as well as at Greenwich House Pottery in New York City.  From Wikipedia: en.wikipedia.org/wiki/Siona_Shimshi

Siona Shimshi designed the book “Read the Walls”, 2007, in Hebrew, English & French, available at: [http://www.bookgallery.co.il/content/english/bookPageSchema.asp?BookPageID=67359]  A remarkable documentation of the horrors of the German occupation of France, “Read the Walls”, by Siona Shimshi, Dalit Lahav and photographer Jachin Hirsch shows us a myriad of little plaques still attached to buildings in the various arrondissements of Paris. Laconic but bitter, they honor the memory of men and women, boys and girls, who fell in action or in the front of firing squads, or who were deported to their deaths. Many, if not most, were Jews, some of them decorated officers of the French Resistance, who "died for France." The victims are in most cases listed by name.
From: [https://www.amazon.com/Read-Walls-French-English-Hebrew/dp/9657270502]
To read more about the book go to: [http://www.jpost.com/Arts-and-Culture/Books/Writings-on-the-wall]

Other References For more information about the artist go to: http://www.wow.com/wiki/Ziona_Shimshi