Sculpture in the Garden 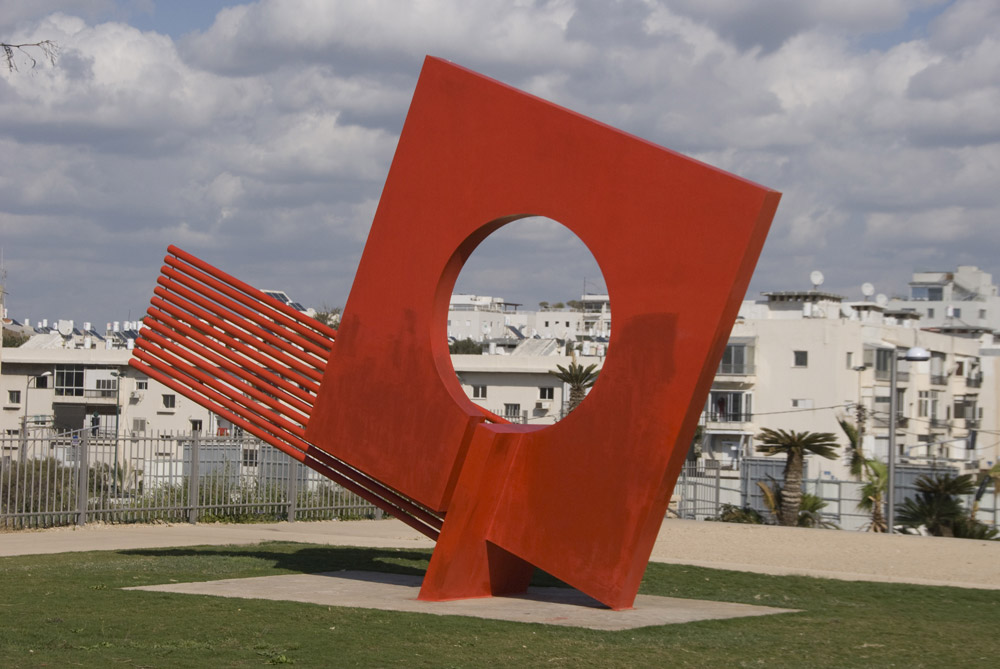 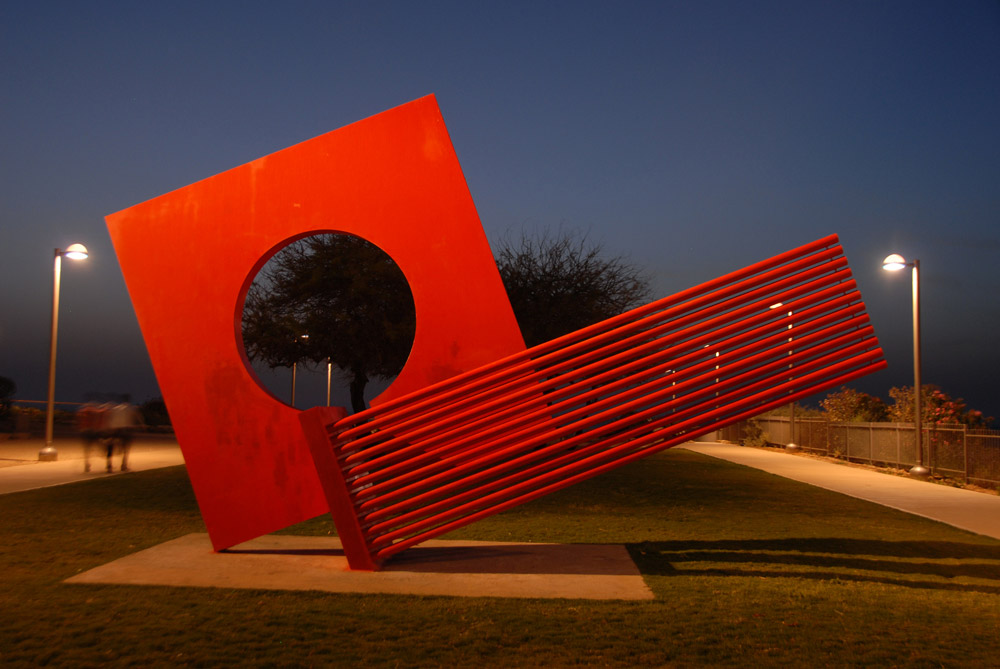 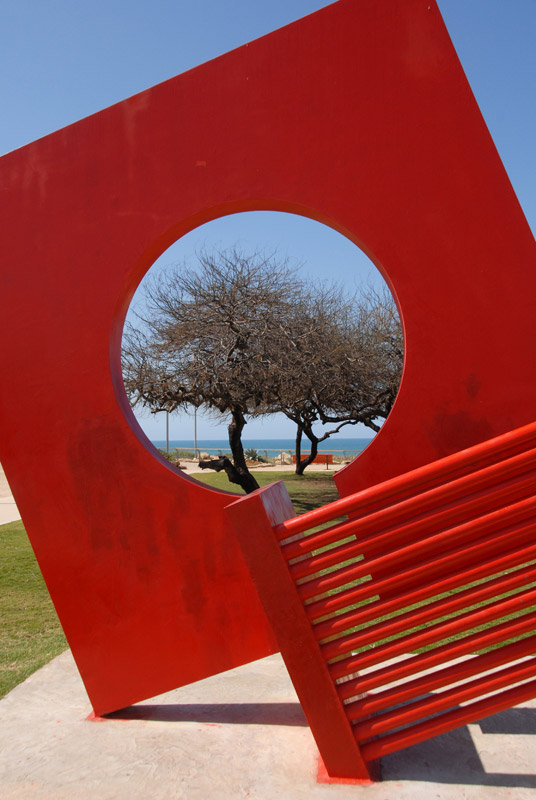 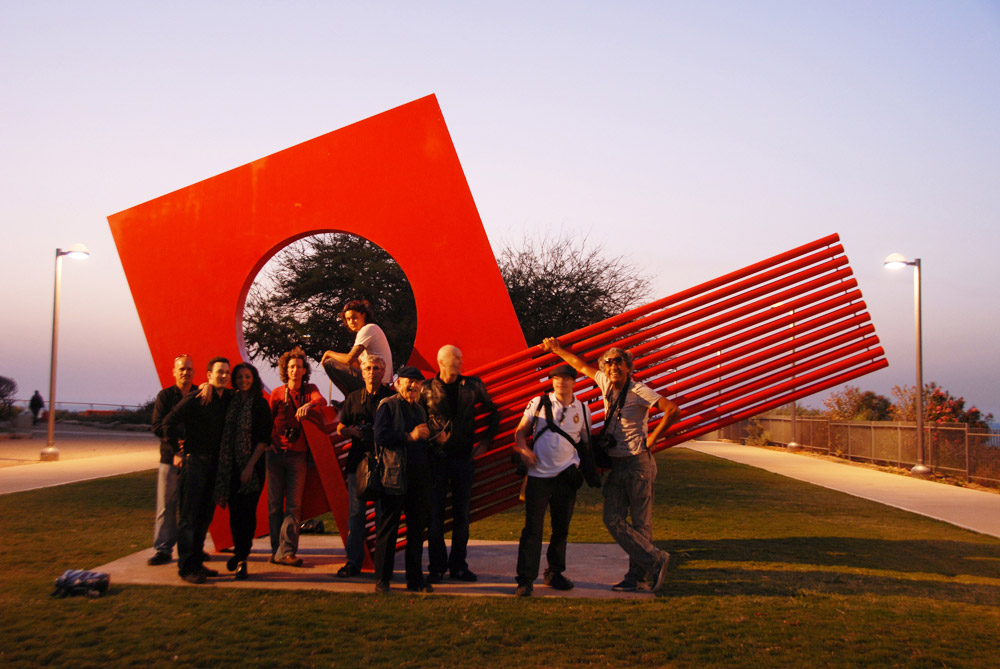 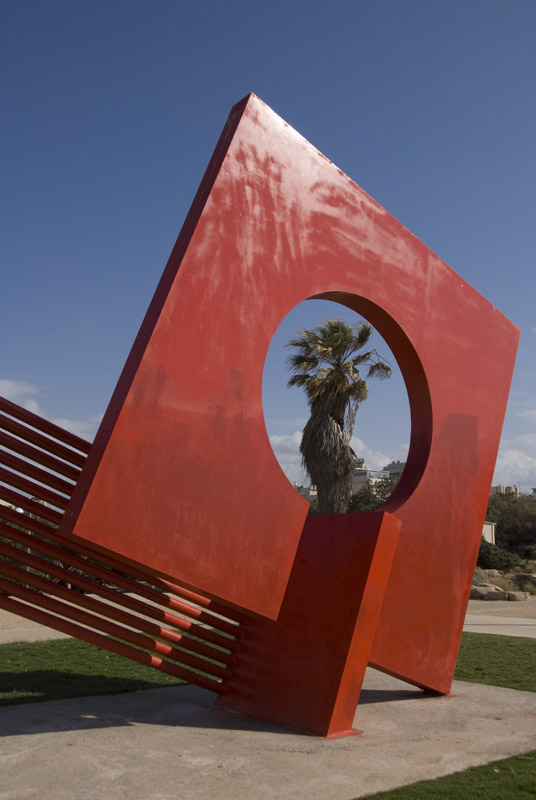 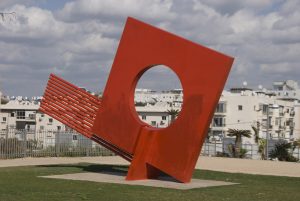 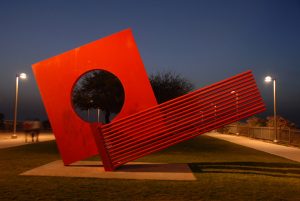 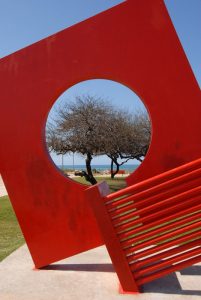 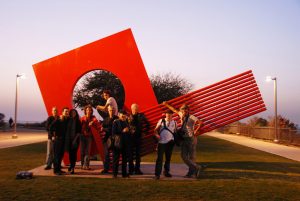 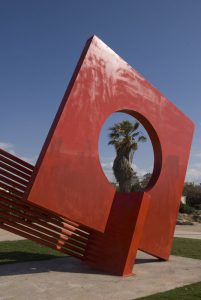 Click on image to enlarge
Description An very red abstract sculpture with no obvious historic reference by an important artist
Caption "Feigin was born at Luhansk in the Ukraine in 1907. His father was a tailor. Feigin attended public Ukraine school aDov Feigin was born in 1907 in Luhansk, Ukraine, then part of the Russian Empire.[1]His father was a tailor. Feigin attended public Ukraine school as well as a Talmud Torah school. In 1920, Feigin's family moved to Gomel, where he became a member of the Socialist-Zionist movement Hashomer Hatzair. In 1924, he was arrested and imprisoned for three years. In 1927, after his release, he emigrated to the Mandate Palestine and was one of the founding members of the Afikim Kibbutz."
From Wikipedia: en.wikipedia.org/wiki/Dov_Feigin

This sculpture was a short walk between our apartment and the Medeterrian and was one of the first I discovered when I began exploring. Once when I intended to photograph iat sunset a group of students in a photography class swarmed over it and them posed for me. That is the 4th photograph.

For more information about the sculpture go to Wikipedia: commons.wikimedia.org/wiki/File:Yair_002.jpg...