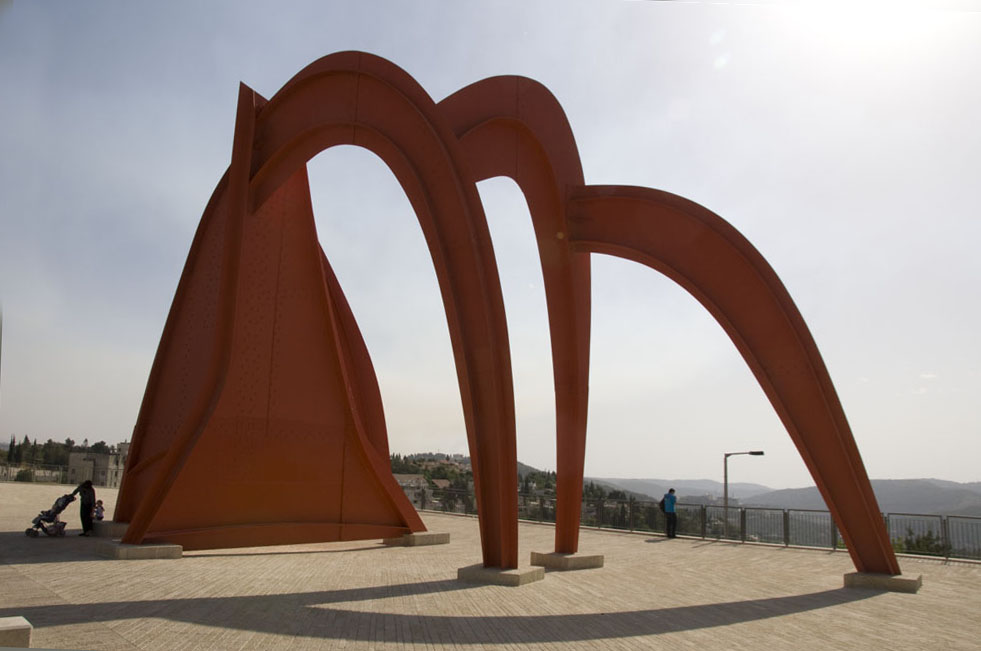 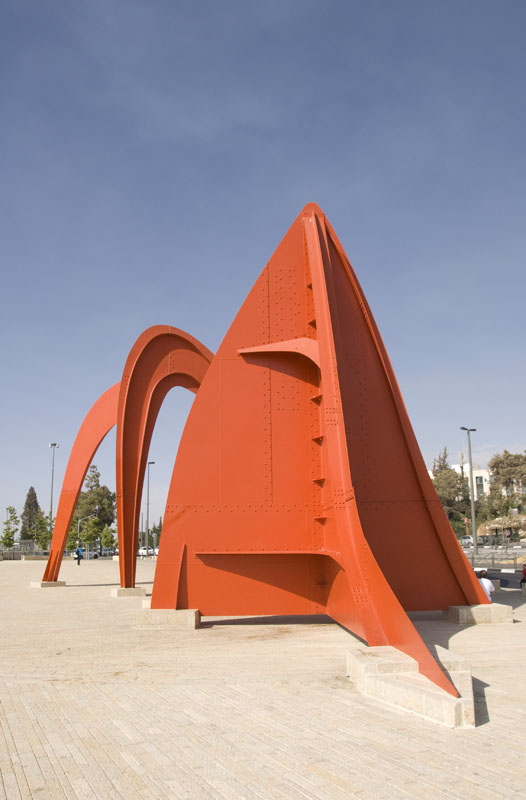 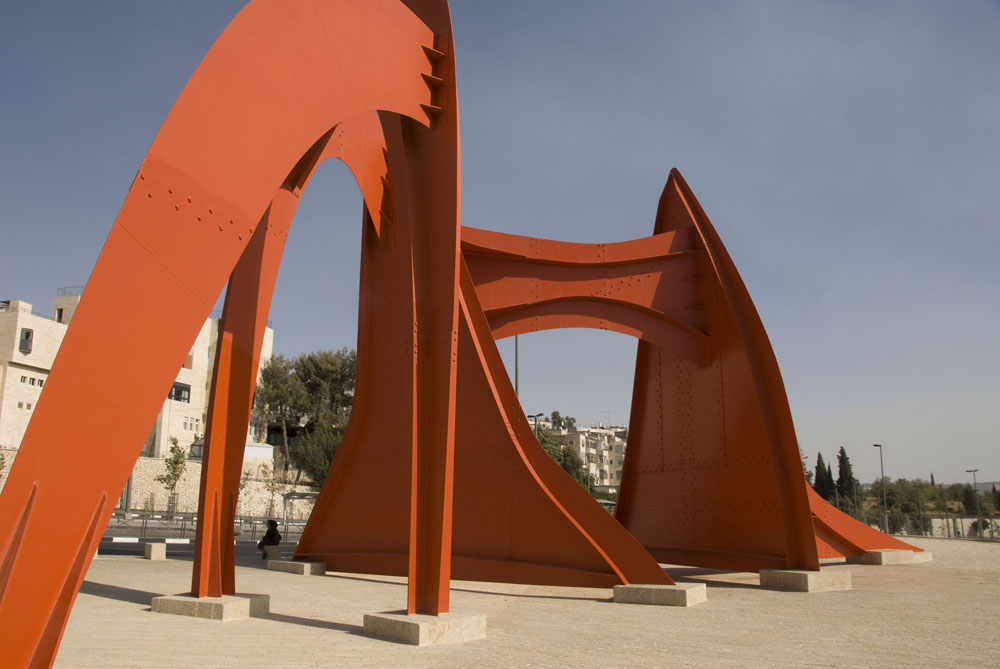 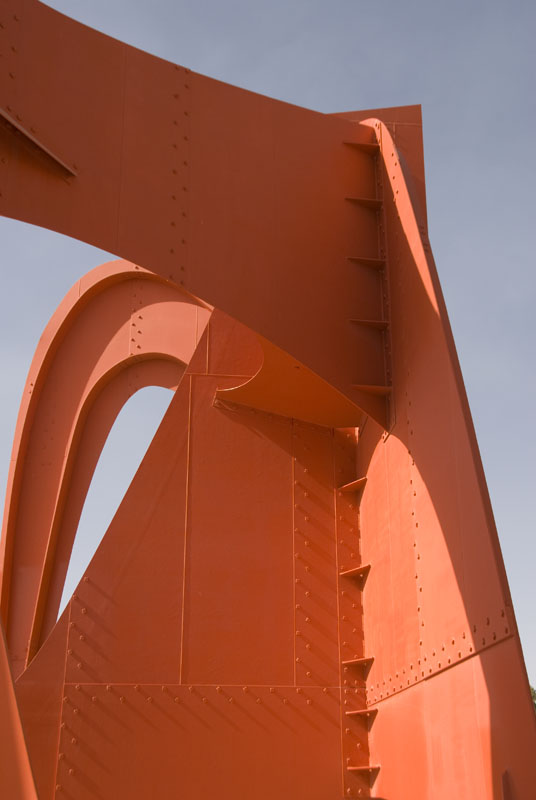 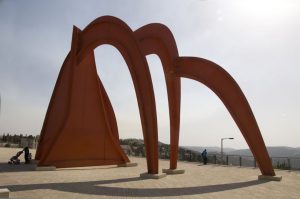 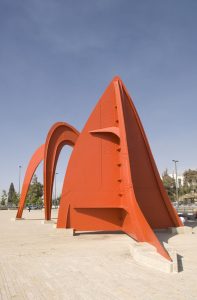 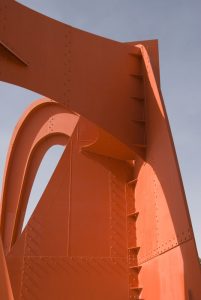 Click on image to enlarge
Description A monumentyal sculputure in vibrant red symbolizes modern Jerusalem
Caption "After a three-year construction induced move from its original Jerusalem location, thetowering red Calder sculpture was returned to its Mount Herzl home on March 12. The "redsculpture", which over the years became a symbol of modern Jerusalem was moved in order to facilitate the construction of an underground parking lot for Jerusalem's new light-rail train. The Calder sculpture, "Homage to Jerusalem ? Stabile" was the last sculpture planned by the famous American artist Alexander Calder (1898-1976), and was installed in Jerusalem in 1977 as the result of a generous donation from the Berman Family of the United States.Calder himself chose the location where the sculpture would be placed, but did not live to see its installation in Jerusalem's Holland Square. This and many other sculptures, were part of The Jerusalem Foundation's plan to improve the quality of life, increase beauty in the city and raise cultural awareness in Jerusalem by placing outdoor sculptures at various prominent locationsThe massive Calder sculpture weighs a whopping 65 tons, is built of steel and sits on a base of nine concrete blocks. The sculpture had been broken apart into three pieces in order to enable its transportation. Over the course of the night of March 12 with the aid of two of Israel's largest cranes, it was reassembled, and erected in its original location. In the coming weeks the sculpture will be repainted "Calder Red" with paint that was specially ordered from abroad.From: www.jerusalemfoundation.org/uploads/%5CWindow...The Calder sculpture was a gift to Israel by a gift of the Philip and Muriel Berman Foundation. They also contributed "Trees in Negative" by Menashe Kadishman at the Yitzhak Rabin Center in Tel Aviv.