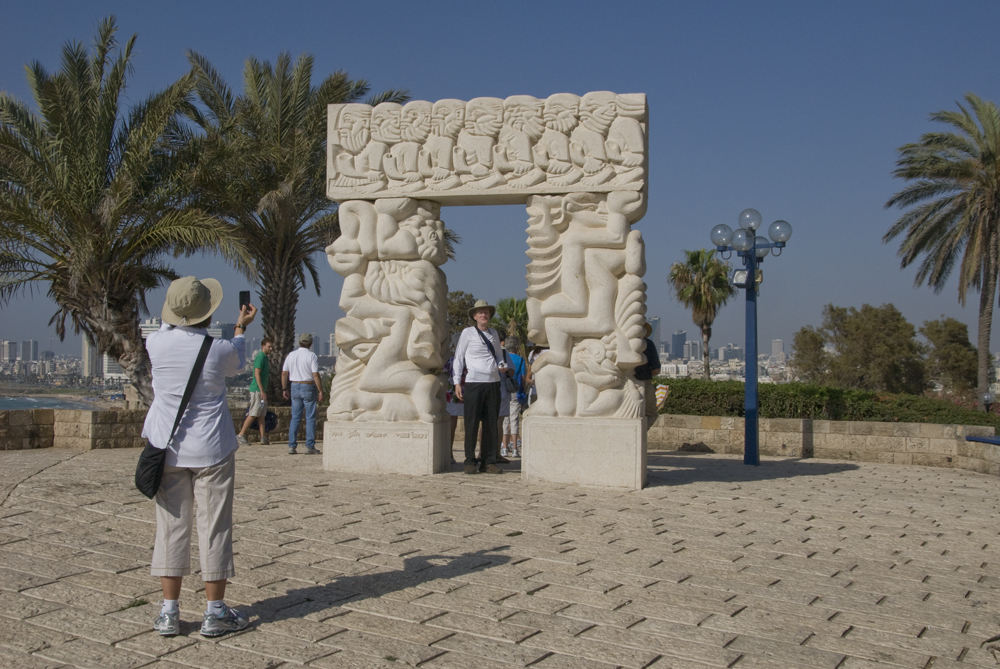 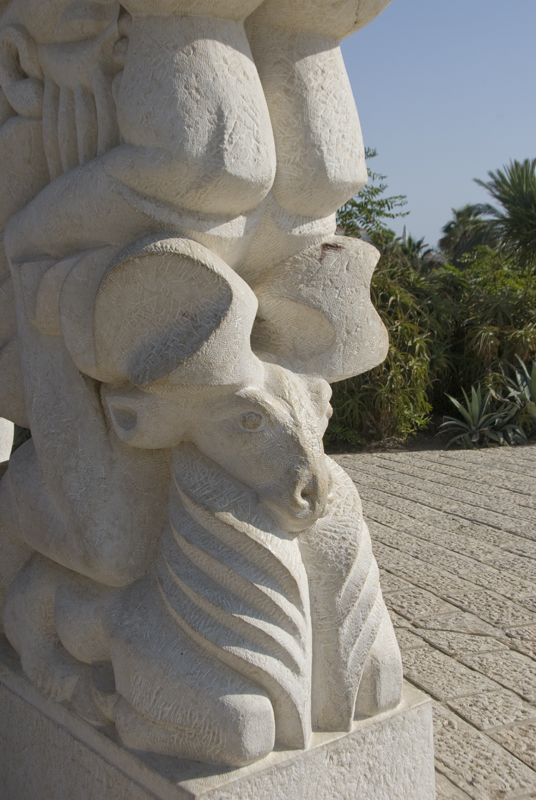 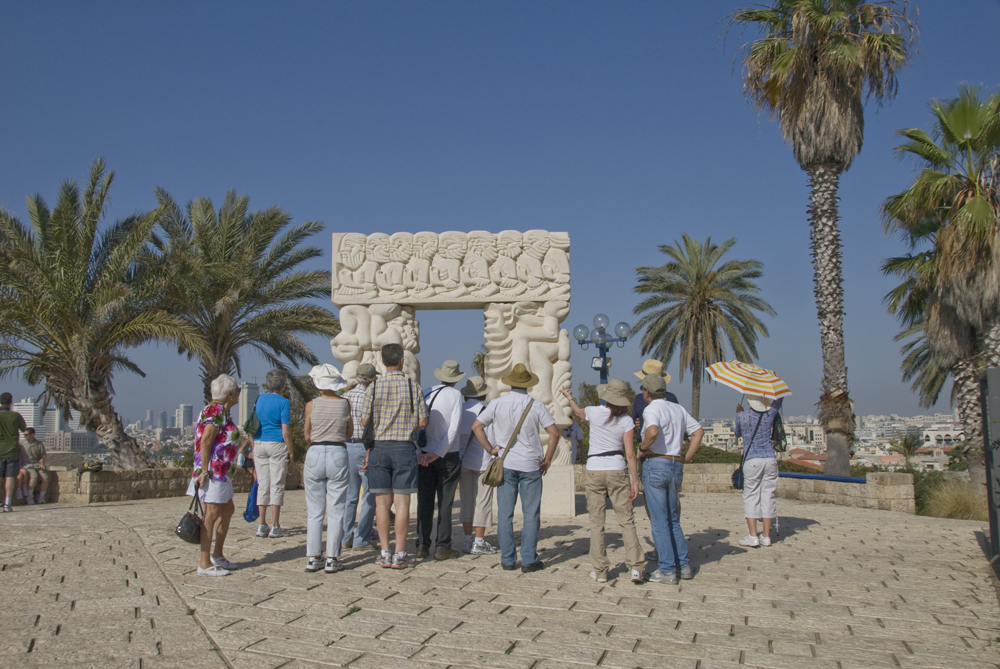 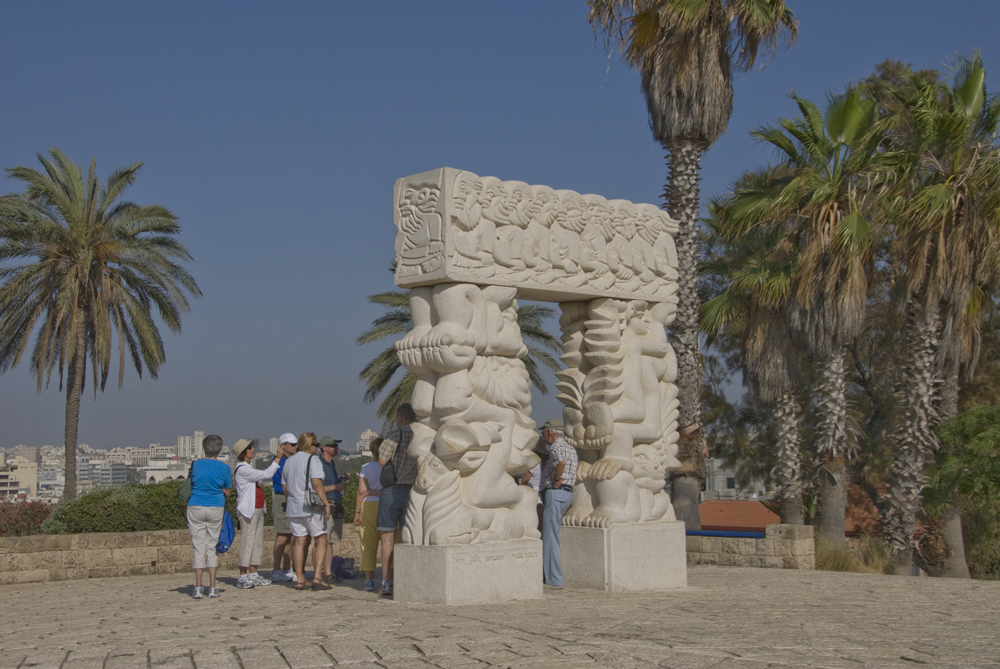 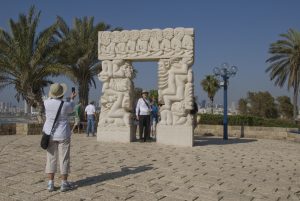 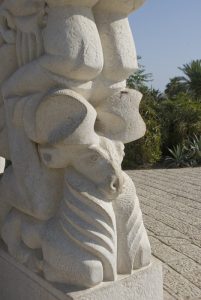 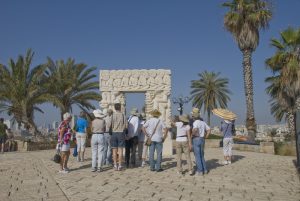 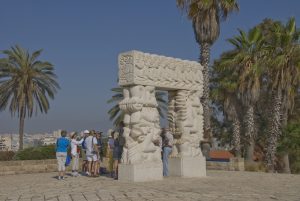 Click on image to enlarge
Description A gate with lessons from the bible carved into the surface
Caption The Gate of the Faith was commissioned in 1974, one year after the Yom Kippur War, by Mordechai Meir the owner of the Shalom Tower in Tel Aviv. Initially Meir intended to put the sculpture on the Tel Aviv beachfront, but the sculpture was ultimately placed in Old Jaffa. In making the commission, he gave Kari a free hand in determining its subject and design. Daniel spent two years on the work, completing it in 1977.
From: www.danielkafri.com/pages/text/leran.htm...

"In sculpting The Gate of the Faith, Daniel sought a way to return the entire Jewish people to Torah observance, much as he had returned. The Jews' settling of the land and their moral right to it, Daniel believed, are based on God's promise to Abraham, the covenant in which the Jewish people promised to obey the Torah and its commandments. The "gate" symbolizes the move to the Promised Land. The "key" enabling the Jewish people to pass through the gate is fulfillment of the conditions that give it the moral right to inherit the land.
From: www.danielkafri.com/

The left column represents Jacob's Dreamn. the right column depicts the Sacrifice of Isaac, and the top or cap describes the Fall of Jerico.

Other References About the Artist: http://www.danielkafri.com/For information about touring Jaffa: http://www.telaviv-insider.co.il/jaffa-1.php