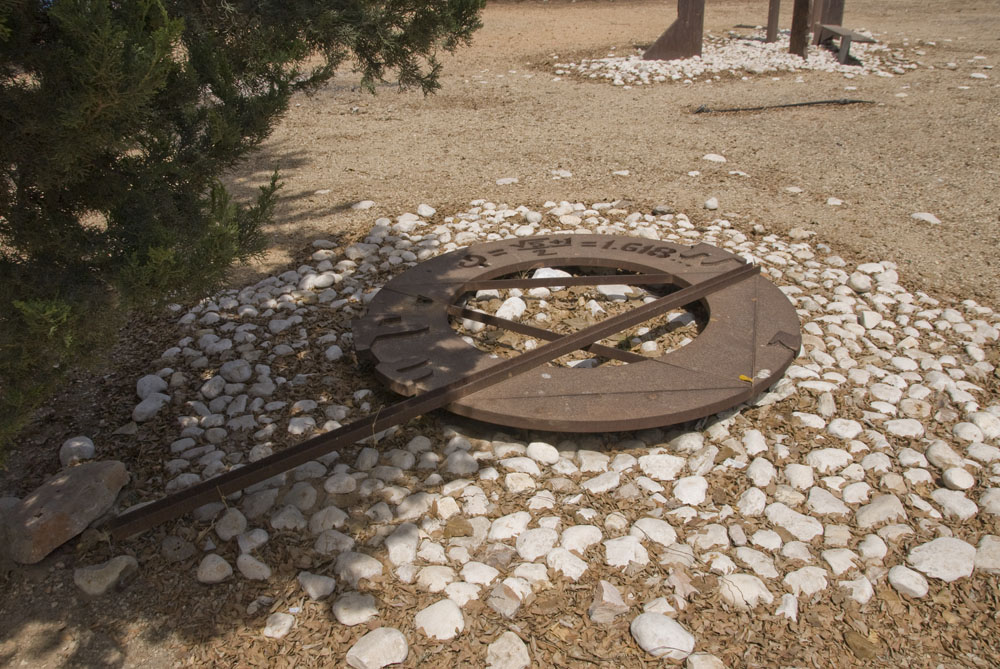 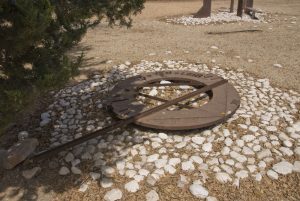 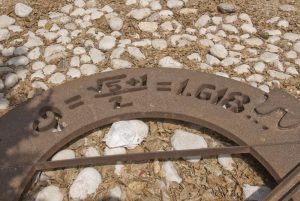 Click on image to enlarge
Description A sculpture that is easy to overlook because it resides flat on the ground has an equation engraved.
Caption The ratio (fraction) engraved is the Golden Ratio which Brunelleschi discovered.

Filippo Brunelleschi, the son of a lawyer, was born in Florence, Italy in 1377. He began his career as an apprentice for a goldsmith, and later discovered a hidden passion for architecture and mathematics. He began renovating town houses and buildings and became friends with the distinguished sculptor, Donatello. He continued his studies, not in his original trade, goldsmithing, but in architecture that is heavily dependent on Mathematics. Working with clocks, wheels, gears and weights, Brunelleschi developed exceptional skills that would help him construct some of the greatest pieces of Renaissance architecture.

Filippo Brunelleschi died on April 16, 1446, at the age of sixty-nine, after many years of contributing to Italian culture. He was laid to rest by the citizens of Florence, under the floor of the Cathedral of Florence.
From: www.yesnet.yk.ca/schools/projects/renaissance...

The sculptor Tumarkin who, like Brunelleschi, applies aesthetic sensitivity gained in other disciplines to architecuture, created this sculpture as a tribute to an artist who deserves greater recognition for his contributions to several fields.

There are 15 Tumarkin sculptures in Abu Nabut Park now, although two are missing, perhaps stolen for their salvage value.

Other References About the artist: http://en.wikipedia.org/wiki/Yigal_Tumarkin