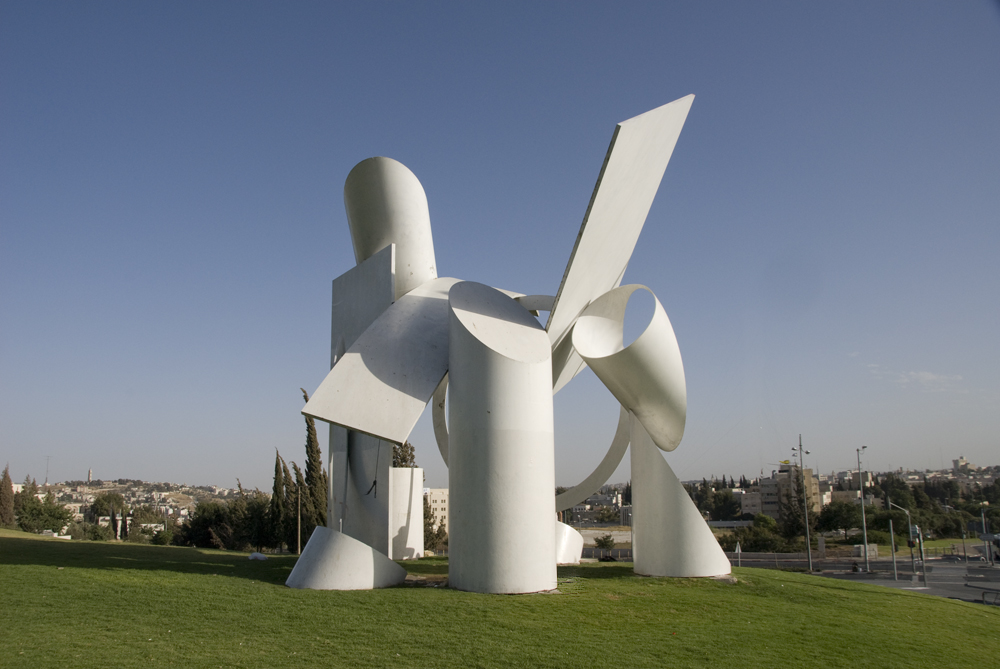 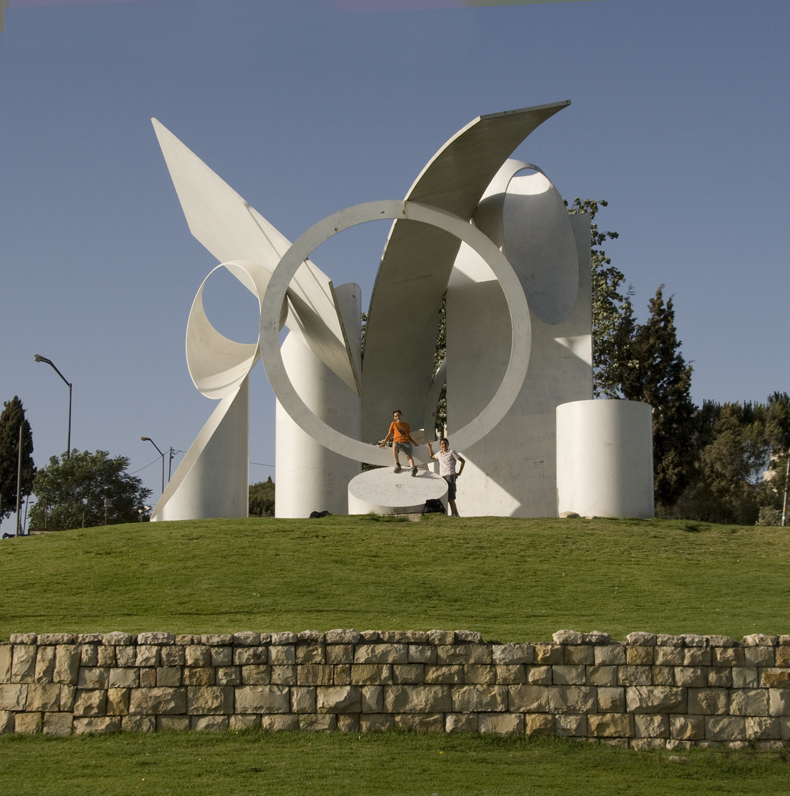 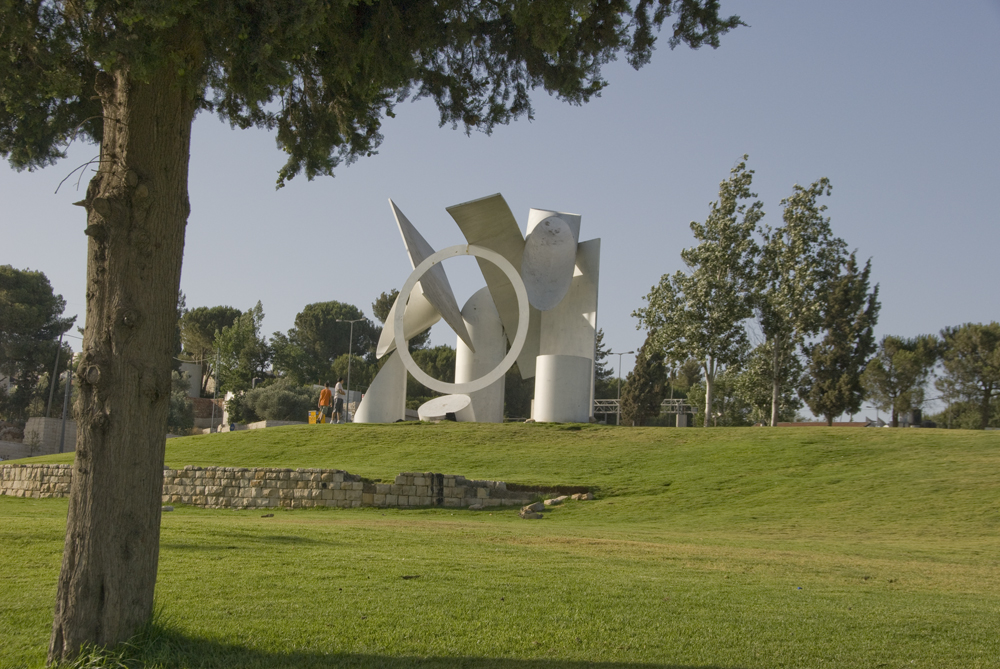 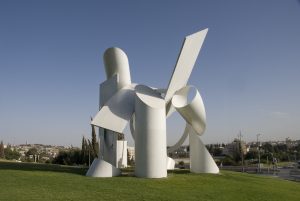 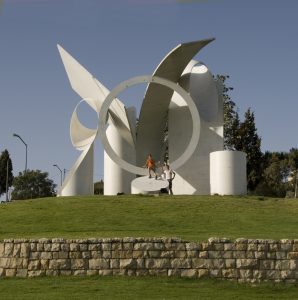 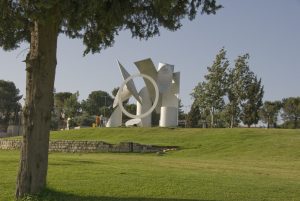 Click on image to enlarge
Description A big sculpture on a prominent site by an important artist
Caption Alexander Semeonovitch Liberman (born in Kiev on September 4, 1912 - died on November 19, 1999) was a Russian - American magazine editor, publisher, painter, photograher, and sculptor.
The sculpture ''Faith'' looks as though the artist threw the elements up in the air and they came down in a jumble. Actually the artists works directly with simple material - often steel gas storage tanks hat he collected at his studio. He sliced some, cantilevered others, crumpled a few and set some on their corners. Many are painted white, like this one. "A pioneer in the creation of monumentally scaled abstract sculpture, Liberman's colossally scaled compositions are constructed from discarded tank drums, boiler heads, giant pipes, and steel beams. They are cut and sliced to evoke baroque sculpture and architectural models, from grain silos to Greek temples and medieval cathedrals."
From: www.stormking.org/AlexanderLiberman.html...

Liberman has 4 sculptures at Storm King Art Center including "Adam", "Adonai" and "Iliad" that are similar to, and dated later than, "Faith".


Other References For biographical information go to: http://www.miandn.com/artists/alexander-liberman/works/...