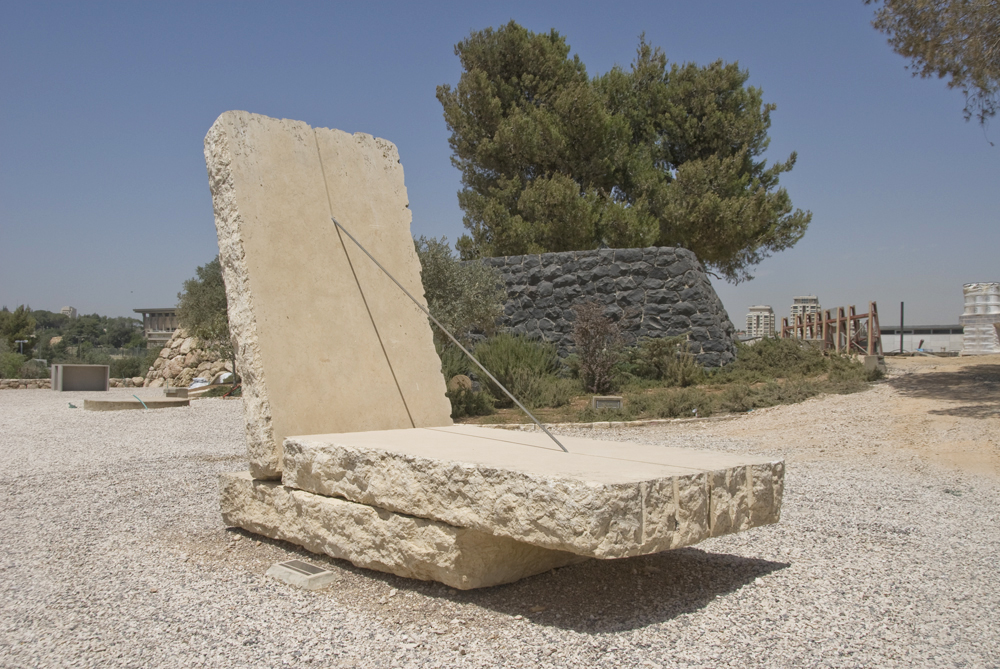 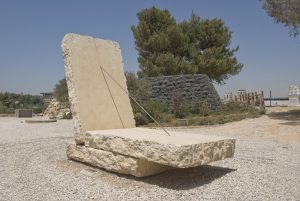 Click on image to enlarge
Description A huge, heavy, slab of stone perilously suspended by what seems to be a thin cable that may not be strong enough
Caption "Benni Efrat (born 1936) is an Israeli painter, sculptor, printmaker and filmmaker who was born in Beirut. He immigrated to Israel in 1947. From 1959 to 1961, he studied at the Avni Institute of Art and Design in Tel Aviv under Yehezkel Streichman (1906-1993).From 1966 to 1976, he lived in London, where he studied at St Martin's School of Art in London. After settling in New York City in 1976, became involved with conceptual art, producing drawings, prints and photographs that explore energy, space and the perception in sculpture. Efrat currently lives in Belgium."
From: en.wikipedia.org/wiki/Benni_Efrat

Other References About the artist: http://www.evri.com:80/media/article?title=Benni+Efrat&...