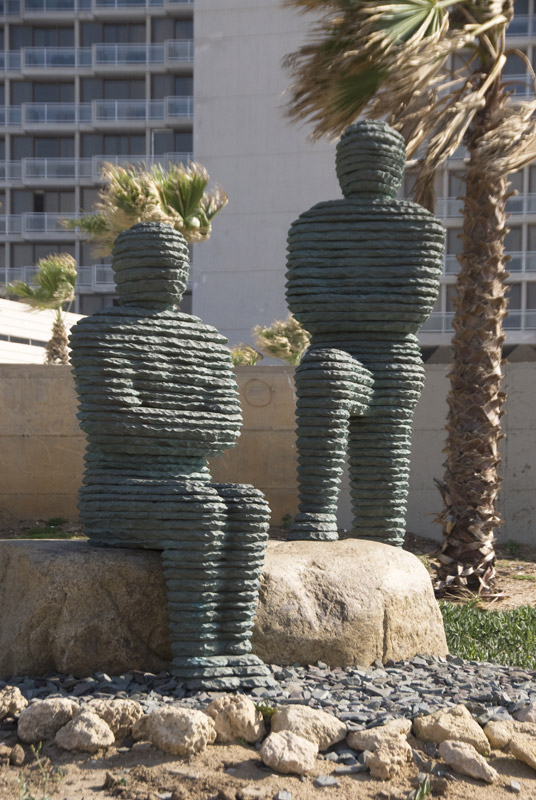 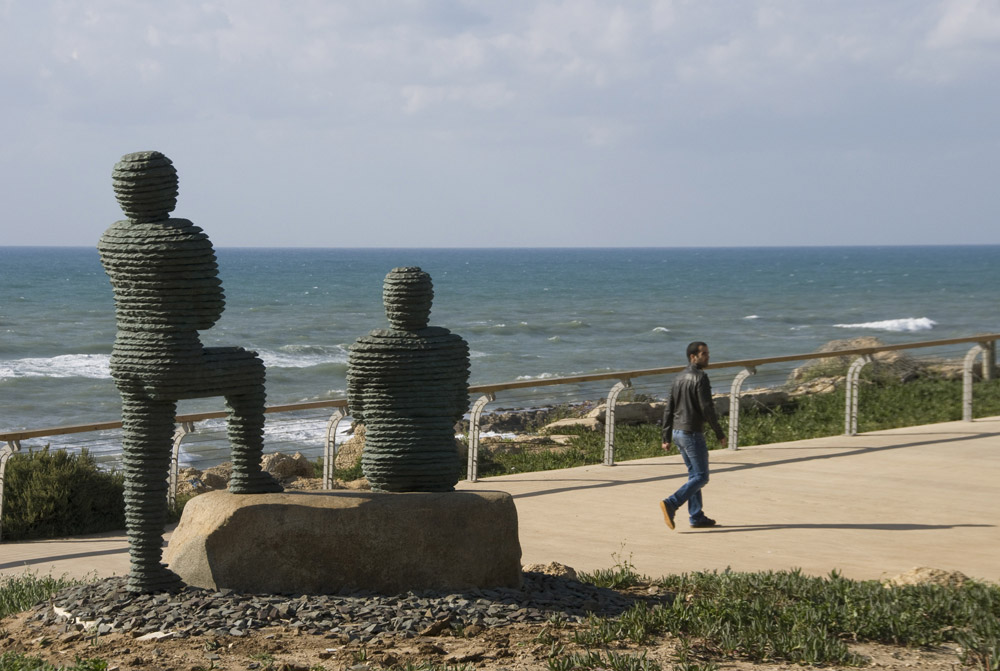 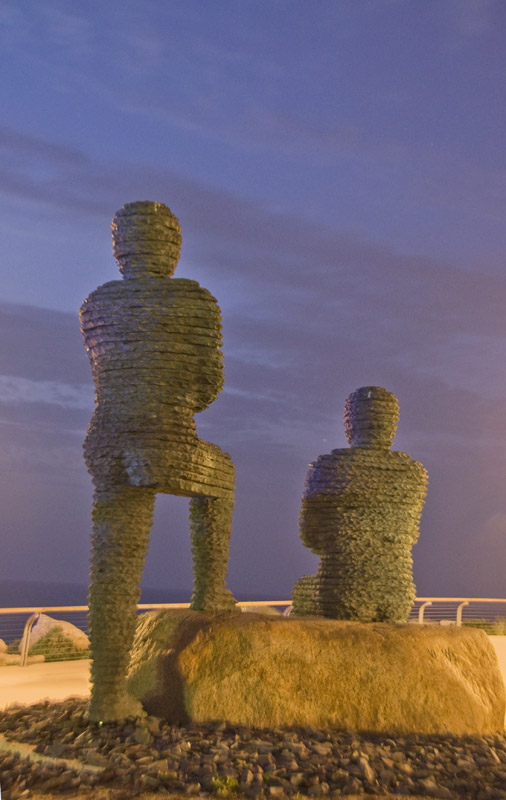 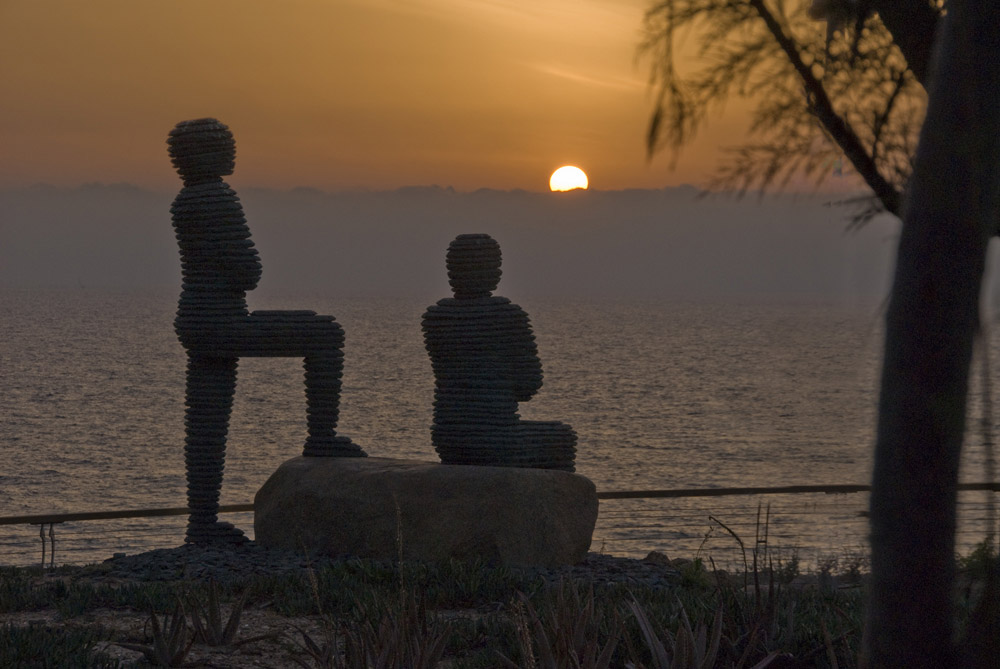 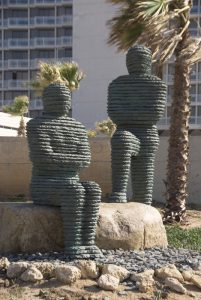 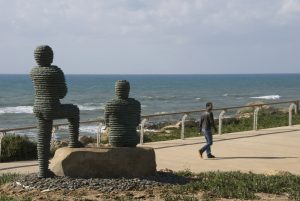 Click on image to enlarge
Description Two stone figures looking at the sea
Caption "Yehoshafat the son of Asa began to reign over Yehudah in the fourth year of Ach'av king of Yisra'el. Yehoshafat was thirty-five years old when he began to reign; and he reigned twenty-five years in Yerushalayim. His mother's name was Azuvah the daughter of Shilchi."
From:  http://www.biblestudytools.com/hnv/1-kings/passage/?q=1-kings+22:41-50

"For Vaadia, stone is an enduring aspect of human environments. He collected slate from the streets of New York's Soho when its sidewalks were torn apart in the mid-1980's. More recently, his boulders have come from construction sites in the Williamsburg section of Brooklyn, where he has a studio. It is not surprising that his statues seem equally at home in urban and natural settings."
From: www.sculpture.org/portfolio/sculptorPage?scul...

"It is a great honor to have one of my sculptures permanently placed in Independence Park Tel Aviv, Israel, the country I grew up in and which so profoundly shaped my artistic sensibility." From the Tel Aviv Foundation Centennial Celebration Dinner in 2009 "My sculptures are executed by handcarving each individual layer and stacking it up until the piece is completed. Although at this point the piece will stand up by itself, I bolt it together with threaded rods and glue for permanence and safety."
From the artist's web site: www.vaadia.com/about/statement.shtml

Other References About the artist: http://www.vaadia.com/