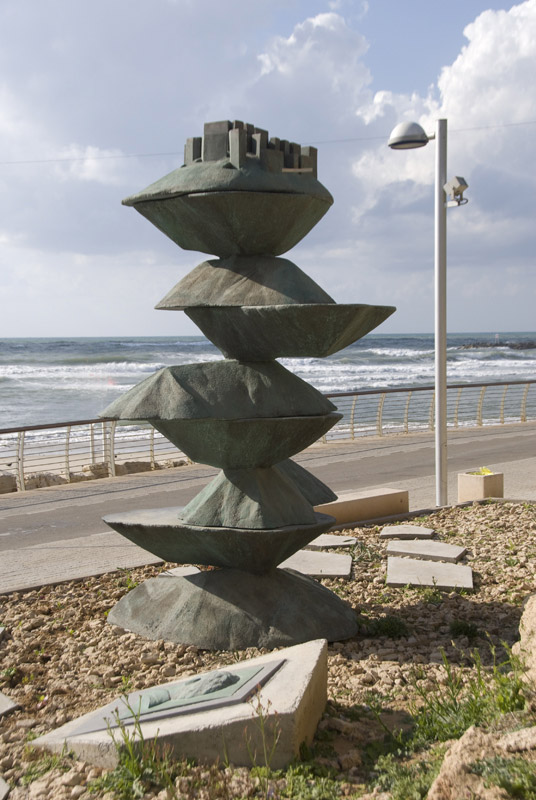 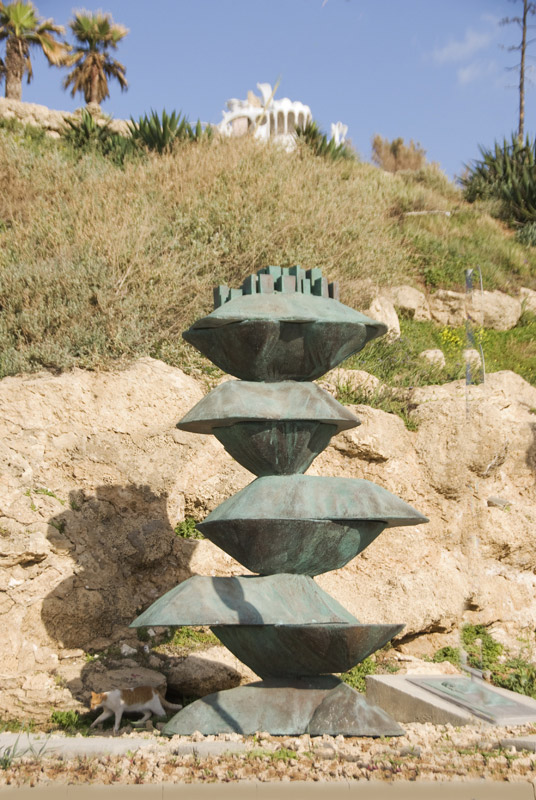 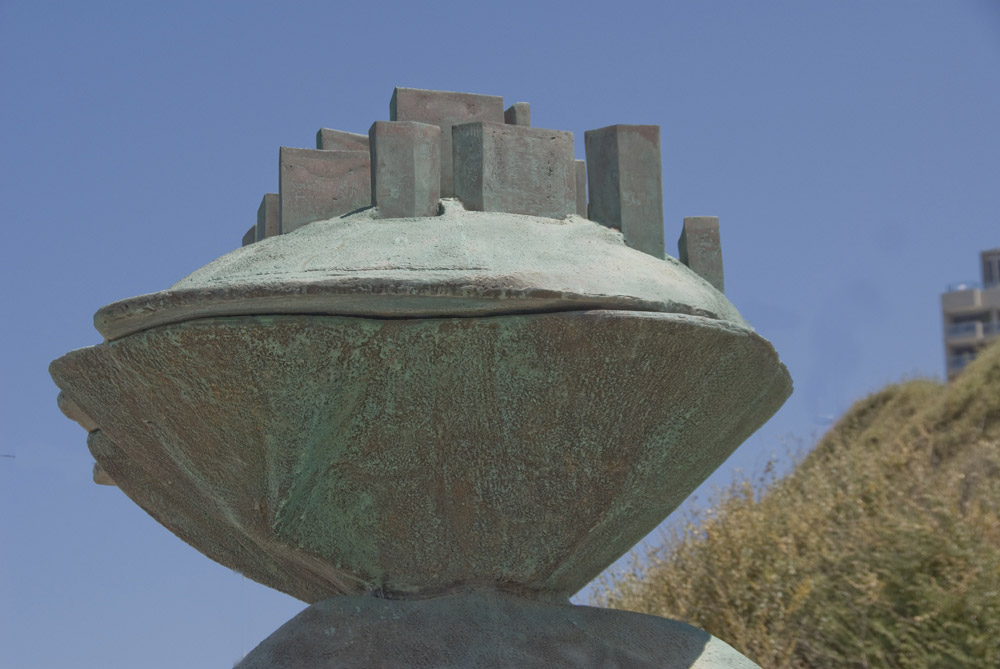 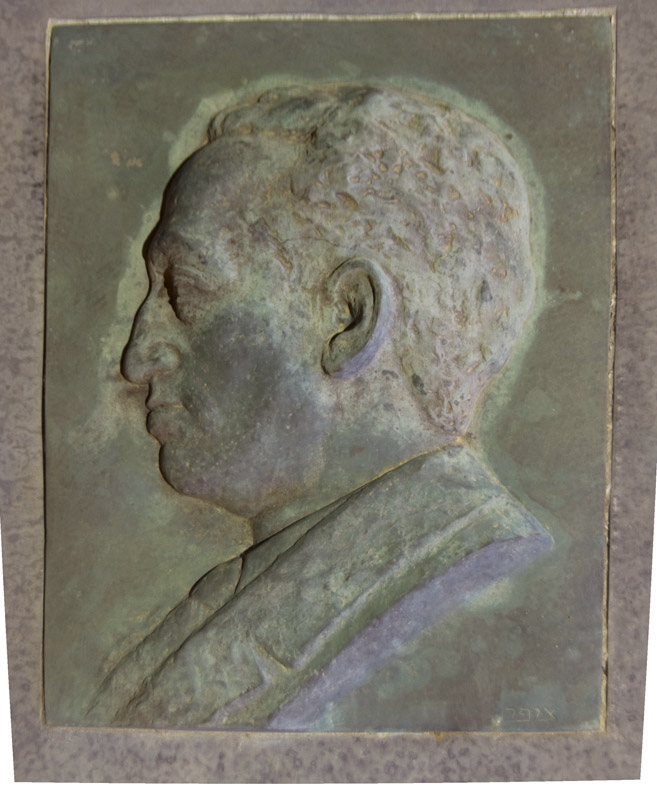 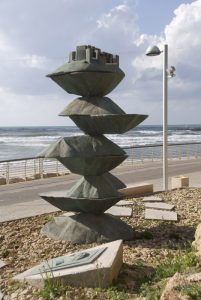 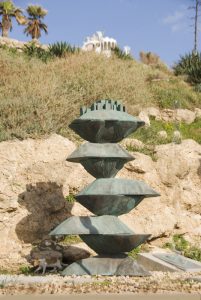 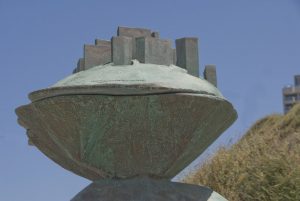 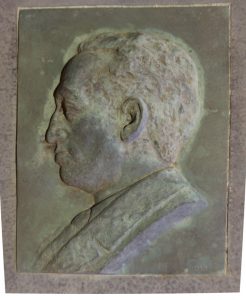 Click on image to enlarge
Description A stack of disks about the proportion of a person and a bronze relief portrait
Caption Haim Arlosoroff was assassinated on the night of Friday, June 16, 1933, as he was walking with his wife on the beach in Tel Aviv. Initially believed to be carried out by his right-wing political enemies, the subsequent court case ended in acquittal for the two accused of the crime. A third man was acquitted early on of advising the two to commit the act. This intriguing murder mystery has never been solved.
From Wikipedia: https://en.wikipedia.org/wiki/Assassination_of_Haim_Arlosoroff


The artist also created the book "Everywhere - Landscape and Memory in Israel", with France Lebee-Nedev: "Photographs of dozens of monuments amidst heart-wrenching landscapes forcibly beg the necessary question, if an entire society was not built here on the basis of the wrong ritual. Those who dreamt of growing into a rational reality and living a civilian life of humble territorial ambitions can, for the time being, take up the book and between one page to the next ponder on the question that Dominey and Lebee-Nadav have placed at culture's door."
From: www.xargol.com/index.php?cat=2&name=o_all...