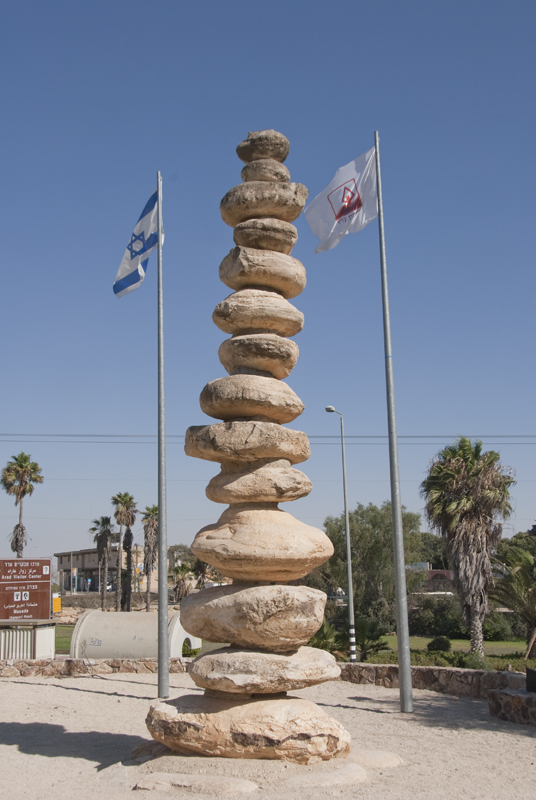 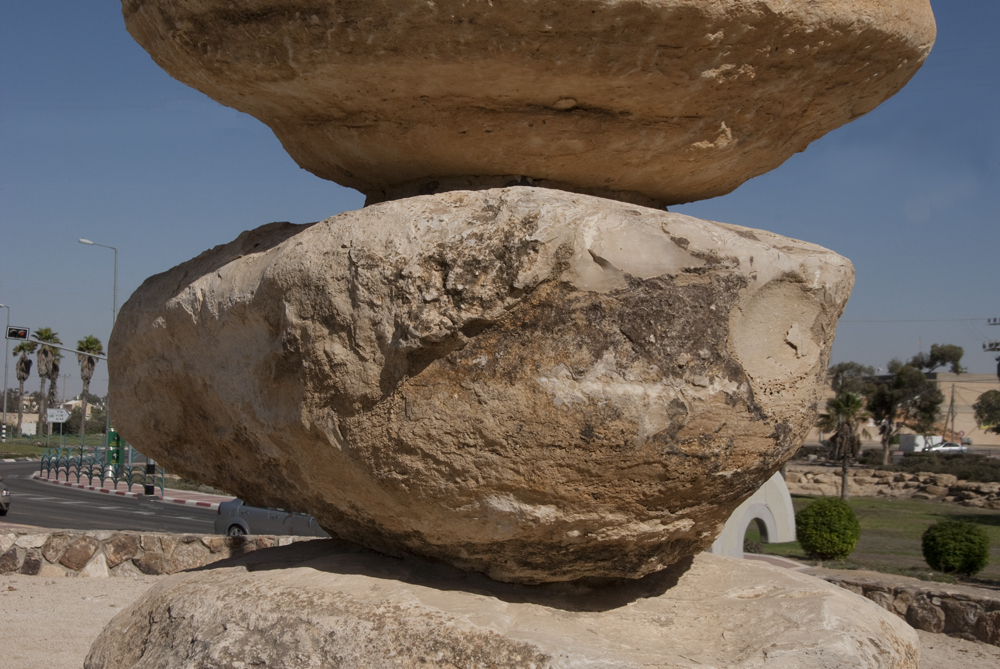 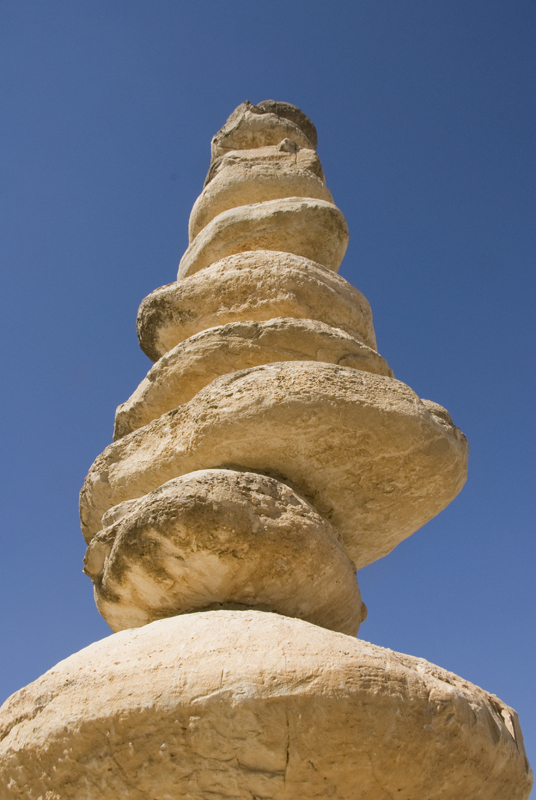 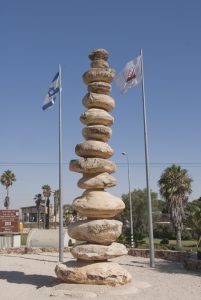 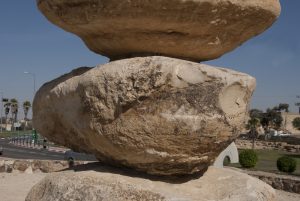 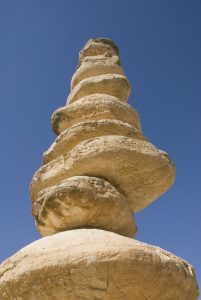 Click on image to enlarge
Description A tall pillar of potato shaped stones
Caption Yona Pitelson served as the chief architect of the city of Arad and was instrumental in its design. He designed "Gan HaHamisha (Garden of the Five), a memorial park for the five residents of Arad who were killed in action in the Six-Day War. It includes a monument for the soldiers, as well as a stone structure called Amud HaBulbusim (Pillar of the Potatoes, because of its shape), which marks Arad's place in the desert and their residents' control of the territory according to Bedouin tradition.
From: en.wikipedia.org/wiki/Arad,_Israel